A Guide To Designer Shopping Around Piazza Di Spagna

The area around Piazza di Spagna is always buzzing with shoppers, tourists and Rome’s elite. The Spanish Steps, one of Rome’s main attractions, are practically synonymous with alta moda and luxury, thanks to the designer shops that lie on its surrounding streets. Whether you’re in the mood to load up on designer frocks, take in the atmosphere of Rome’s premier shopping streets or simply window shop, look out for these name-brand stores and nearby eateries to fuel your day of sightseeing. Even if you’re not in the mood to drop some serious cash, Italians are masters of window displays and perusing these streets is a real treat.

To reach the Piazza di Spagna, take the A-line metro to Spagna – that is, if you’re not planning on riding up in your Uber or striding over from your 5-star hotel. Once you’ve taken in the grandeur of the Spanish Steps, begin your shopping tour with Rome’s poshest street, Via Condotti. 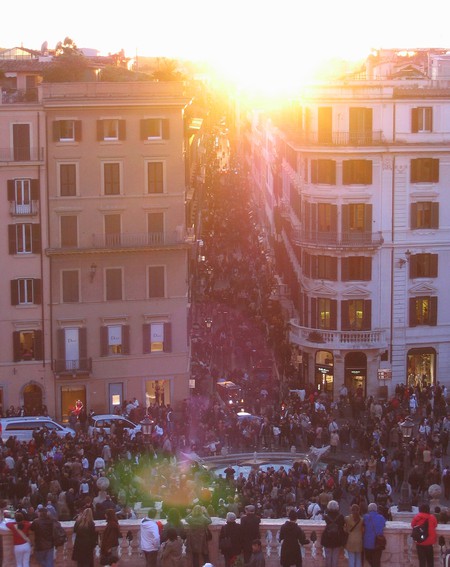 With unrivaled views of the Spanish Steps, Via Condotti is prime real estate. Prada, Dior, Moncler and Missoni, in fact, look directly out onto the Spanish steps and the Fontana della Baracca from their storefronts. Further down the street you’ll find more crème de la crème, including Gucci, Prada, Bulgari, Hermès, Cartier, Louis Vuitton, Ferragamo, Max Mara, Jimmy Choo, Montblanc, Miu Miu, Dolce & Gabbana, and Céline among others. Pop into the gilded Antico Caffè Greco, an 18th century cafe where Keats and Byron enjoyed their coffee in the city, for an espresso to fuel your shopping. 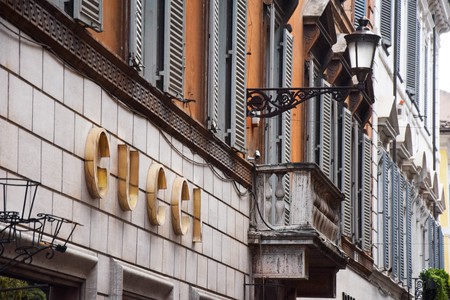 The next parallel street is Via Borgognona, a quieter and greener street with more premiere labels. Here you’ll find Balenciaga, Roberto Cavalli, Stella McCartney, and BlueMarine interspersed with some smaller boutiques. Sit down for lunch at Ginger, a vibrant health-oriented restaurant that excels at vegetable dishes, such as creative garden salads and quinoa with goji berries and cucumber, while still catering to meat and fish eaters. The fruit plates are elegantly served on ice in silver buckets, but save dessert for macarons at next-door Laudurée. 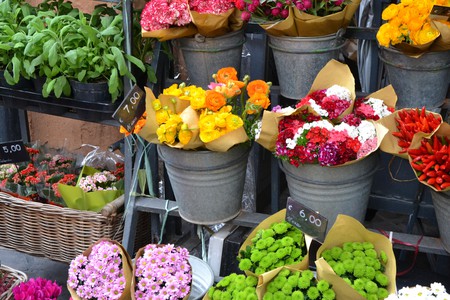 Continue your shopping over on Via Frattina to check out stores such as Geox, Brighenti, MaxMara, Stefanel, Falconeri, Trussardi, Swarovski, Pinko, Comptoir des Cotonniers and Polo Ralph Lauren. If you’ve made it through the day in one piece, treat yourself to a glass of wine at Enoteca Regionale Palatium, a contemporary wine bar/restaurant that stocks wine exclusively from the Lazio region and a serves a variety of well-prepared entrees. You can’t beat the value for the quality of the food and the central location. 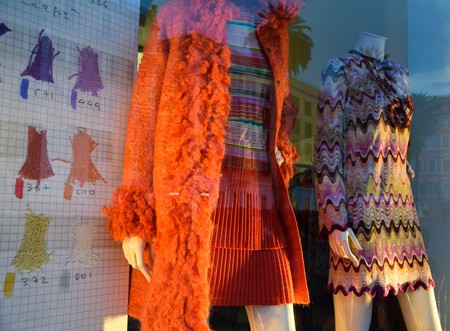