A Brief History Of Via Appia Antica, Rome's Oldest Road 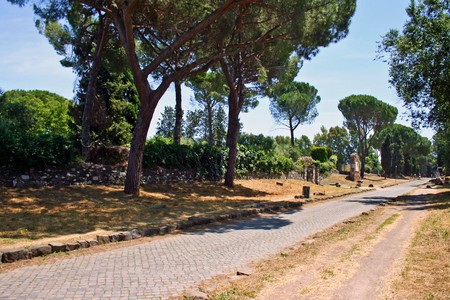 Via Appia Antica, or the Appian Way, is the reason why we hear the phrase ‘all roads lead to Rome‘. This ancient and storied path connected Rome to the port town of Brindisi and enabled movement and trade to flourish throughout the empire. With its large cobblestones now smooth from the course of centuries, Via Appia Antica boasts an intriguing and lengthy history closely tied to the rise of Rome.

The Appian Way is named for Appius Claudius Caecus, a Roman politician who implemented this major project in 312 B.C. During his career as a Roman censor, which saw Appius supervising the government’s finances, he implemented a number of crucial undertakings that benefitted Rome from a strategic standpoint; in addition to the first major road system, Appius also oversaw the building of the first aqueduct of Rome, the Aqua Appia, that provided drinking water for the city. 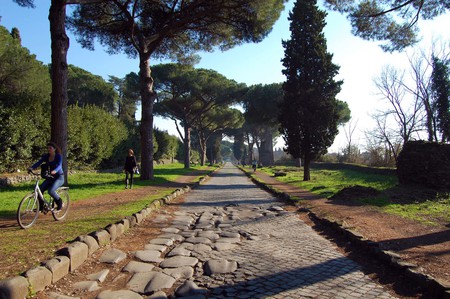 The Via Appia was built in an ingenious way, first by leveling the dirt surface and then laying mortar and stones as the foundation. Gravel was subsequently added and large, tightly fitting interlocking stones were placed on top to create a flat surface. Via Appia began at the Roman Forum, the center of Roman daily life, passed along Circus Maximus and the Baths of Caracalla and then extended past the Aurelian Walls into the suburbs of Rome. Today, Appia Antica is considered to begin at the 5th century Porta San Sebastiano, the largest gate of the Aurelian Wall. It was originally known as Porta Appia but was later changed due to the influx of pilgrims who passed through it on their way to visit the Basilica of San Sebastiano and its catacombs. 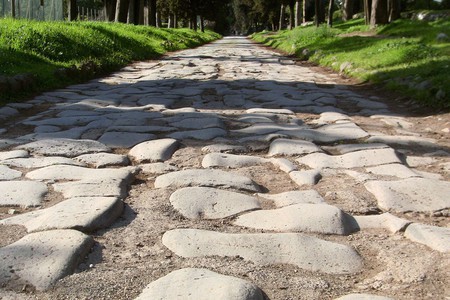 Once Via Appia extended past the Aurelian Walls, it traveled through what used to be considered the wealthy suburbs of Rome. It stretched over a distance of over 600 kilometers through the Appian Mountains, the Pontine Marshes, the Campania region and then all the way to Brindisi. The road was crucial in helping the Roman army move military supplies throughout the empire, assisting the army in many victories. 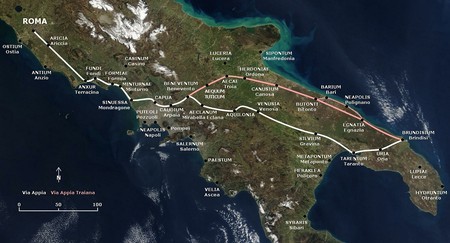 A stretch of the Appian Way is preserved in the regional park Parco dell’Appia Antica in Rome, allowing visitors to enjoy scenery, history and cultural monuments while walking along this historic path. Along the way you’ll notice a number of important Christian catacombs, including the Catacombs of San Callisto and the Catacombs of San Sebastiano. Don’t miss the top six landmarks to see along the Appian Way to make the most of your visit to this impressive and legendary road!