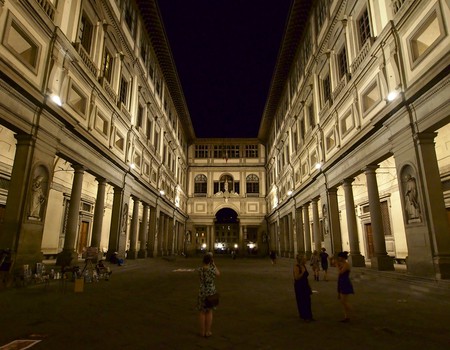 The Uffizi Gallery is considered the most important Italian museum and one of the most beautiful art collections in the world. It is home to masterpieces by some of the greatest artists of all time, including Botticelli, Leonardo da Vinci, Michelangelo, and Raphael, among others. The Uffizi sees around 2 million visitors each years, and is the most visited museum in Italy. It’s the kind of place that you can’t miss if you love Florence and art.

Although the Uffizi is known today for being a prominent art museum, this was not its initial intended use. This majestic building was established by Cosimo I de’ Medici to accommodate his offices in Florence, also called uffizi, which is where the museum takes name. When Cosimo’s son, Francis I, came to power, he commissioned the architect Bernardo Buontalenti to add a gallery on the top of the building to store his precious paintings and sculptures. The collection grew under the government of Ferdinand I who added new pieces to the initial collection. After the Medici dynasty, the Lorraine family gave an important contribution to the Uffizi, adding works and rearranging the gallery. It was under their administration that the Uffizi was open to the public in 1769 and became an art museum. Over the centuries, the gallery played an important role in Florence city life, and it was also the seat of the Italian Senate when Florence became the capital of the Italian Republic for five years from 1865 to 1870. 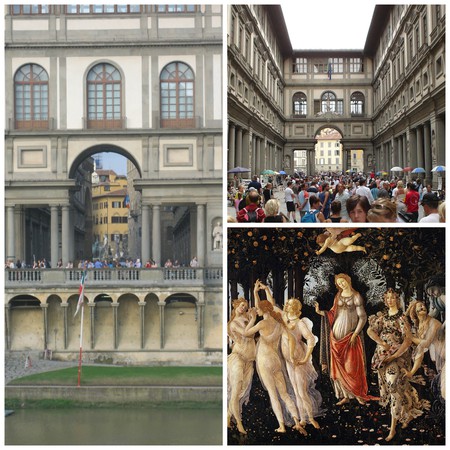 The Uffizi Gallery boasts 93 rooms. The visit starts from the second floor (1-45 halls) and carries on to the first floor (46-93). The museum includes some of the most famous paintings of the world – Venus of Urbino by Tiziano, Tondo Doni by Michelangelo, Bacchus by Caravaggio – and the building itself is a work of art. Probably the most famous of all are rooms 10-14, completely renovated and reopened in October 2016, which house Botticelli’s masterpieces, Birth of Venus, La Primavera, and Annunciation.