A Brief History of the Rioni of Rome 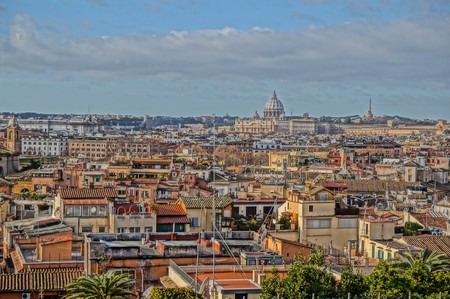 While they may not be as famous as the arrondissements of Paris or the sestieri of Venice, the historic centre of Rome also has its own distinct neighbourhood divisions, known locally as rioni. The origins of these administrative districts can be traced back to ancient times and their fluctuating boundaries, names and number reflect the history and expansion of the Eternal City.

It was Servius Tullius, the 6th of Rome’s 7 kings, who first divided the city into four sections back in the 6th century BC. These were called regiones (the Latin name would later be contracted to rioni in the local vernacular) and were named Suburana, Esquilina, Collina and Palatina. These divisions stayed in place for five centuries up until the reign of Augustus. The Roman historian Suetonius documented the emperor’s decision in 7 BC to divide the city into 14 parts which remained unaltered throughout the time of the ancient Roman empire. The rioni of Augustus were originally known only by number but were later given names relating to either a monument or feature of the area, or named after the hill on which they were situated. Initially the only area to be found on the west bank of the Tiber river was Transtiberim (literally ‘across the Tiber’) which would later become known as Trastevere. 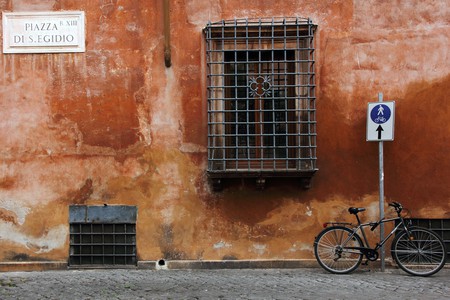 After the fall of Rome and the virtual abandonment of the city, this neighbourhood categorisation was all but lost and it was not until the 12th century that the city was once again split, this time into 12 parts. The repopulation of the city during the Renaissance called for more precise boundaries to be set, and the creation of the Borgo area near the Vatican brought the total number of rioni up to 13. However there were still no physical signs of the borders of the rioni and the fact that opposite sides of the same street could be in two separate neighbourhoods caused constant misunderstandings. In 1744 Pope Benedict XIV came up with the solution of placing 200 marble plaques on the edges of each boundary to clear up the confusion. 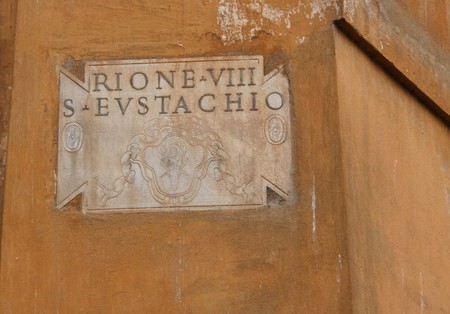 The next 200 years saw further fluctuations in the number and placement of the rioni, including a complete revision during the short reign of Napoleon who established 8 sections, named giustizie, by merging some of the existing sections to create larger areas. It was at the beginning of the 1900s that the rioni began to take their present shape; bigger neighbourhoods were split and areas outside the walls were added as the city began to sprawl. In 1920 the total number rose to 22 and remains so to this day. Each rione has a number, name and coat of arms which usually features a symbol relating to the history of that part of town. For example Pigna is named after ancient bronze pinecone which was found in the area during the middle-ages which can now be found in the Cortile della Pigna (Pinecone Courtyard) at the Vatican Museums. The symbol of the Testaccio neighbourhood is an amphora which reflects the location of the ancient port of Rome where goods were transported into the city in terracotta pots and stored in this area.

Each of the 22 sections of Rome has its own character, monuments and history, and although not immediately obvious, evidence of the rioni can still be spotted around town. Some street signs still have the rione number written in the top-right corner, depicted by an R followed by Roman numerals. There are also some surviving marble plaques still visible on the side of buildings in the older areas of the city. 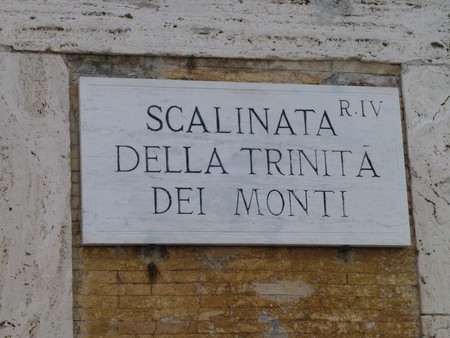