A Brief History Of The Reggia Di Caserta 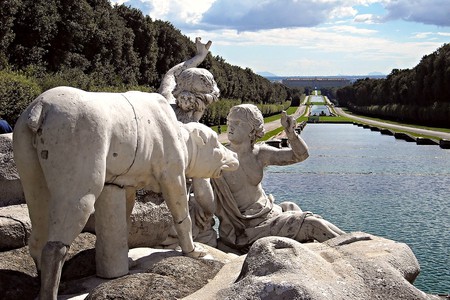 The Reggia di Caserta, an 18th century Baroque palace located near Naples, is one of the many jewels in Italy’s southern Campania region. Constructed for the Bourbon king of Naples, it was modeled after the palace of Versailles and is the largest royal residence in the world. The Reggia di Caserta is a UNESCO World Heritage site and is well worth a visit for its architectural grandeur and rich history. 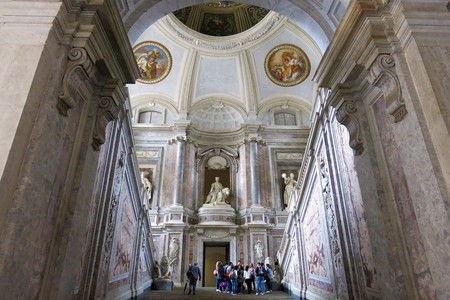 Charles VII, the Bourbon King of Naples and Sicily between 1734 and 1759, was a boon to the city of Naples and erected many illustrious buildings to cement his legacy, including the Teatro di San Carlo and the Palace of Capodimonte. The Bourbon King also wanted to build a palace that rivaled Versailles, and in 1750 he commissioned Luigi Vanvitelli to construct a royal residence in the countryside near Naples, far from the reaches of Mount Vesuvius.

Neapolitan-born Vanvitelli was the most prominent architect of 18th century Italy and had previously worked on the Trevi Fountain and St. Peter’s Dome before undertaking the royal palace at Caserta and its expansive gardens.

Charles VII laid the foundation stone in 1752 and work progressed until 1759 when he abdicated the throne and returned to rule over his native Spain following the death of the King of Spain. Vanvitelli passed away in 1773, and the construction was taken over by his son, Carlo Vanvitelli, and subsequent architects over the next century. 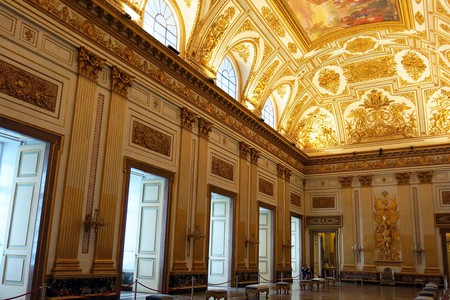 Today, the Reggia di Caserta is an opulent neoclassical palace that boasts 1,200 rooms and is situated on five floors. It is divided into representational spaces and the Royal Apartments, both of which are every bit as ornate as you might imagine. The palace has enormous ceiling frescoes, elaborately gilded gold decorations, hanging chandeliers and Baroque furniture. It also hosts an art gallery with landscape and portraiture paintings and contemporary art exhibitions.

The Grand Staircase is one of the most impressive features in the palace and is truly breathtaking to behold. It features two parallel staircases, large statues of lions, marble designs and elegant archways which lead up to the Palatine Chapel, inspired by a chapel of the same name at Versailles. It was badly damaged by bombing during World War II but has since been restored to its former glory.

Another important element within the palace is the Royal Court Theater, which was only recently reopened to the public. It is a smaller version of the Teatro San Carlo opera house in Naples and features robin egg blue seats, ornamental ceiling frescoes and a royal box fit for the king.

Just behind the Reggia di Caserta itself lies a beautifully landscaped park that spans 120 hectares. The park is extremely panoramic, with a waterfall that flows into numerous pools that feature statues, temples and other architectural elements. 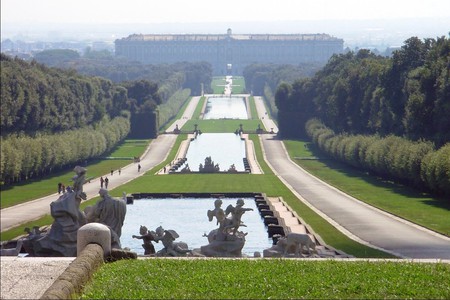