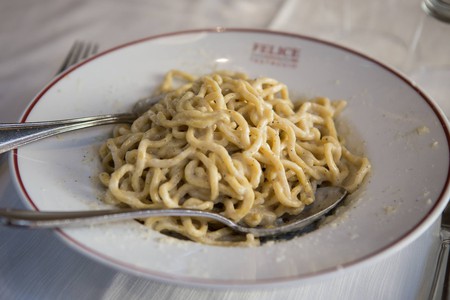 Courtesy of Felice a Testaccio

From classic plates of pasta to the city’s latest street food offerings, here are Rome’s most beloved culinary creations.

Cucina Romana (Roman cuisine) is simple, inexpensive and highlights the excellent fresh produce grown in the Lazio region. Many recipes developed out of necessity and, as a result, Romans are adept at turning inexpensive ingredients into more than the sum of their parts. Whether it be a creamy carbonara or pizza by the slice, Romans tend to adopt a less is more approach to their food. Discovering the wide variety of food on offer in the capital is a lengthy task – but these nine famous recipes are a good place to start.

Rome’s most iconic pasta dish, carbonara, is the source of much debate among Romans. While some opt for pancetta instead of guanciale (cured pork jowl) and others prefer a combination of Pecorino Romano and Parmigiano-Reggiano instead of just pecorino, there’s no arguing that cream has no place in this dish. The silky sauce instead comes from the eggs and a ladleful of the pasta-cooking water which are mixed with the pasta – often spaghetti or rigatoni – at the very last minute. 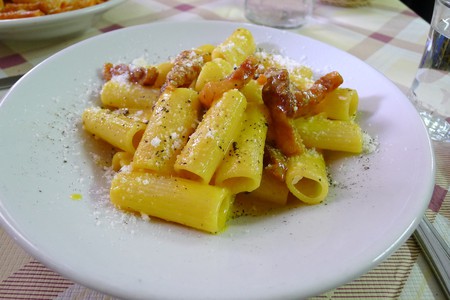 Amatriciana is said to have originated in the town of Amatrice in northern Lazio but the dish has been well and truly adopted by Romans. The hallmarks of Roman cuisine – guanciale, tomatoes and pecorino – come together in a rich sauce that is usually served with tubes of rigatoni or bucatini noodles (a thick, spaghetti-like pasta with a hole in the centre). 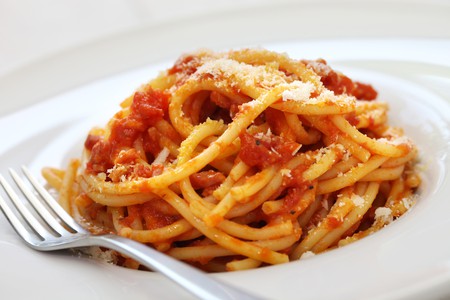 While Neapolitans like their pizza doughy and chewy, Romans prefer a thin and crispy base. Just like pizza Napoletana though, pizza Romana is best when it’s made with just a few, quality ingredients. Try a classic margherita with puddles of melted buffalo mozzarella or go for a simple pairing of funghi e salsiccia – earthy mushrooms with rich sausagemeat. 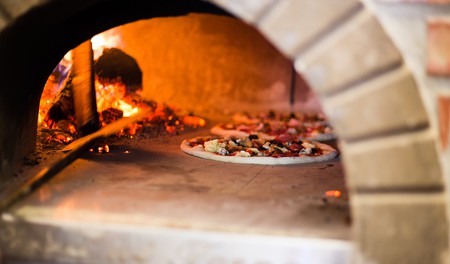 Pizza al taglio, or pizza by the slice, is a ubiquitous street food in Rome, eaten by nonna, the grandkids and everyone in between. With sit-down pizzerias traditionally seen as an evening affair, pizza al taglio provides a quick, cheap and portable snack for Romans on the go. These oblong pizzas come with a range of toppings and are cut into portions for each diner, then priced according to weight. 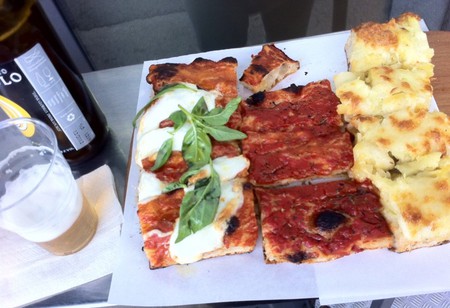 Once unheard of outside Italy, cacio e pepe is starting to appear on menus overseas, but those who come to Rome should do so to sample the original. “Cacio” means cheese in the local dialect and refers to the salty sheep’s cheese, Pecorino Romano, while “pepe” means black pepper. The two ingredients are mixed with noodles and a splash of water to create a creamy tangle of pasta with a peppery kick – simple but delicious.

Supplì are the Roman version of the bigger, and better-known, Sicilian arancini. These crunchy, fried-rice balls traditionally feature meat ragù and, when bitten into, reveal a string of gooey mozzarella. Served in pizzerias and takeaway spots, they make the ideal opener to pizza. Look out for contemporary versions like those made with carbonara or cacio e pepe seasonings. 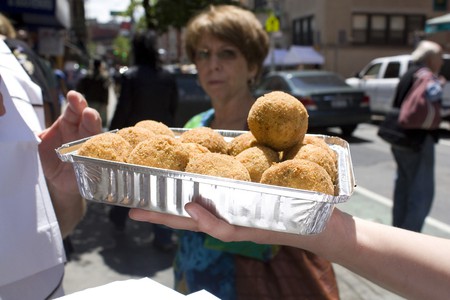 One of Rome’s most celebrated vegetables, the artichoke is most commonly prepared in one of two ways. Carciofi alla Romana are braised with lemon, wild mint and parsley until meltingly soft while carciofi alla giudia (Jewish style) are twice deep fried (at different temperatures) to create the perfect balance between crispy outer layers and a creamy, soft centre. Both types are in season and at their best during spring. 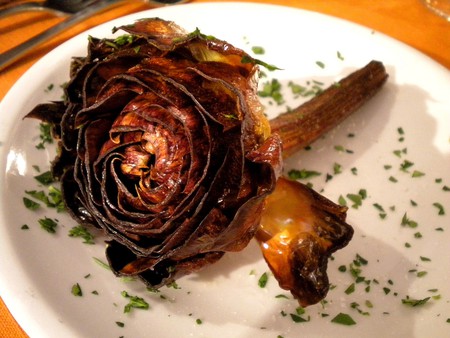 At the enormous slaughterhouse in Testaccio, workers were often paid in otherwise unwanted cuts of offal, known as the quinto quarto, or fifth quarter. As a result, recipes with heart, stomach, lungs and other animal bits feature heavily in Roman cuisine. Though locals favour dishes like trippa alla Romana (tripe stewed with tomato and mint) and rigatoni con la pajata (rigatoni pasta with calf intestines), first-timers may wish to ease themselves in gently with coda alla vaccinara – a comforting oxtail stew made with tomatoes and celery.

Invented by renowned pizza-maker Stefano Callegari in 2008, the trapizzino is a crispy-on-the-outside, fluffy-on-the-inside triangle of pizza bread, which is stuffed with traditional Italian recipes. Choose from meatballs in tomato sauce, chicken cacciatore and eggplant parmesan, among others. There are a number of locations across town so getting your hands on one of these mouth-watering pizza pockets is a cinch. 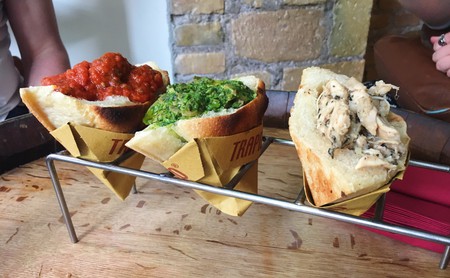