The architecture of the Philippines reflects the country’s complex cultural identity. First colonized by Spain, then Japan and finally America, Filipinos joke that they spent 400 years in a convent, five in a prison camp, and 45 in Hollywood. This complexity finds its creative expression in the work of these six post-war architects, whose vision simultaneously captured the country’s history while looking towards the region’s future. 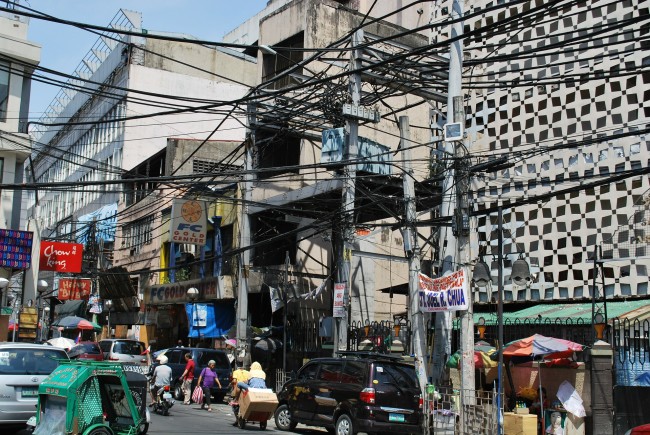 Leandro Locsin (1928-1994) was in some ways a quintessential Renaissance man. A brilliant architect, interior designer, artist, and classically trained pianist, Locsin was also a keen art collector, amassing a sizable collection of fine Chinese art and ceramics during his lifetime. It is for his buildings, however, that he is remembered. From airport terminals to memorial chapels, arts centers to stock exchange structures, Locsin left his mark on the urban landscape of the Philippines.

Locsin was determined to reconfigure western architectural mores for a Filipino audience. His most substantial contribution to Filipino architecture is the Cultural Center of the Philippines, a collection of five buildings that demonstrate the architect’s drive to find a vernacular form of modernist architecture. The National Theatre building within the complex is a good example of Locsin’s trademark style. Known as “floating volume,” it consists of a two-floor-high block of travertine marble cantilevered 12 feet into the air. The theatre harks back to traditional Filipino dwelling huts, but on a monumentally modern scale.

Despite the wide range of buildings Locsin created, all of them have one thing in common: concrete. His ability to make this most monolithic of materials appear weightless, and to elegantly combine Western brutalism with vernacular elements, led Locsin’s peers to dub him the “poet of space.”

The father of Philippine landscape architecture, Ildefonso Paez Santos, or IP Santos as he was known, created some of the best-loved urban spaces in the Philippines. Landscape architecture, which deals with parks, plazas, and green spaces, was a little-considered element of urban planning in the first half of the 20th century. However, Santos changed that, carrying out pioneering work that, after four decades in the profession, led him to become National Artist for Architecture in 2006.

One of his earliest successful projects was the Makati Commercial Center, an outdoor shopping mall in which the shop fronts and walkways were interspersed with garden trails, fountains, and public artworks. This led him to be commissioned to revitalize Manila’s Paco Park, the work for which he is perhaps best remembered. A former Spanish cemetery and Japanese ammunitions store, the park was transformed into a national park in 1966. Between 1967-1969 Santos revived the park’s grounds and incorporated the original park structures, including memorial sites and fortification walls, into a space for urban recreation.

One of the first exponents of modernist architecture in the Philippines, Pablo Antonio (1901-1975) is revered as a pioneer and the foremost architect of his time. This success was perhaps unexpected for a boy who was orphaned at 12 and who dropped out of his first architecture program. It was during his studies at the University of London that Antonio began to shine, completing a five-year program in only three years. He went on to revolutionize popular architecture in the Philippines, eschewing the fashionable neo-classical style for his own version of art deco.  Antonio was acutely aware of the demands made on architecture by the unforgiving Philippine climate. Buildings such as the Galaxy Theatre, the Far Eastern University, and the Manila Polo Club display practical innovations such as natural ventilation systems and sunscreens, all of which are rendered in Antonio’s signature style: clean lines, strong shapes, and simplicity. As Antonio’s son Pablo Jr explains, “for our father, every line must have a meaning, a purpose. For him, function comes first before elegance and form.” 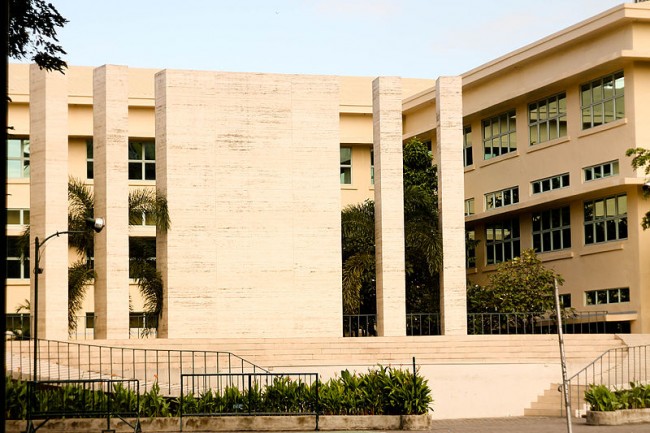 The son of veterans of the Philippine Revolution, Juan Nakpil (1899–1986) was committed to the belief that architecture built in the Philippines should reflect its culture and people. In his early career, Nakpil spent time studying in the United States and France, absorbing the lessons of international architecture. When he returned to Manila in the mid-1920s, Nakpil applied his new-found knowledge to Filipino structures. He worked on the restoration of the home of national hero Jose Rizal and, like Locsin, took inspiration from traditional stilt houses, remaking them in cantilevered concrete on a mammoth scale. His own holiday home was designed along these lines, combining traditional nipa roofing (made out of natural materials) with a poured concrete base.  Nakpil worked on dozens of buildings across the nation, from the Manila Jockey Club and the Quiapo Church, to the Mabini Shrine and government departments. Despite his determination to make buildings specifically for Filipino citizens, some of his designs were considered too radical by the public. Nakpil’s stainless steel pylon, superimposed over a granite obelisk memorialising Jose Rizal was unpopular and was soon removed. But Nakpil’s failures were few, and he remained one of the Philippines’ most popular and revered architects until his death. He was named a National Artist for Architecture in 1973. 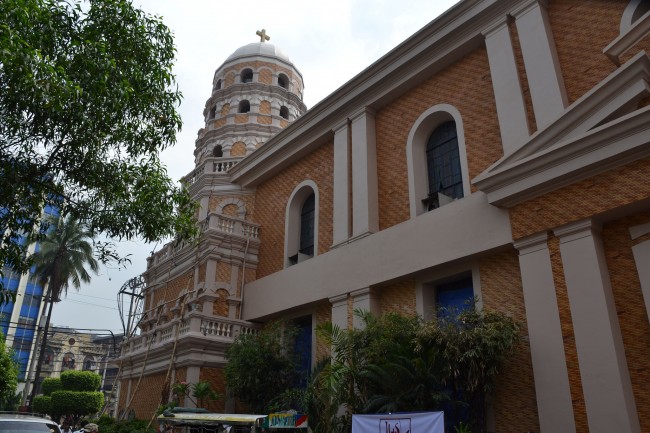 Francisco ‘Bobby’ Mañosa has been challenging architectural convention in his native country for five decades. He displayed an artistic temperament from an early age and remained a keen painter throughout his life. Along with his three brothers, Mañosa eventually chose to pursue architecture, and before long became the “outspoken champion of indigenous architecture,” thus popularizing the idea of Philippine architecture for Filipinos.

An urbane young man who enjoyed lawn tennis and playing the saxophone, Carlos Santos-Viola was also a gifted architect. He was a devout Catholic throughout his life, and many of his best known designs were executed for the Iglesia Ni Cristo, a Filipino religious group. Santos-Viola created churches for the group all over the archipelago, designed in a style quite distinct from that of his contemporaries. Instead of the monumentalism of Leandro Locsin or the art deco simplicity of Pablo Antonio, Santos-Viola chose to incorporate Gothic and Baroque elements into his modern churches.

The Central Temple he built for the Iglesia Ni Cristo shows these revivalist flourishes working in harmony with Santos-Viola’s passion for geometric shapes and, perhaps more than anything else, functionality. The desire for functionality informed almost all of Santos-Viola’s work, and he was fond of asserting that “the structure must not only look good but must also be made well.”

15 Must-Visit Attractions to Visit in Italy

The 12 Best Hiking Trails In Italy

Top 10 Things To Do And See In Bergamo, Italy

The Best Historical Places To Visit In Brescia

A Tour of Sicilian Baroque Architecture in Sicily

Top 10 Things To Do And See in Lombardy, Italy