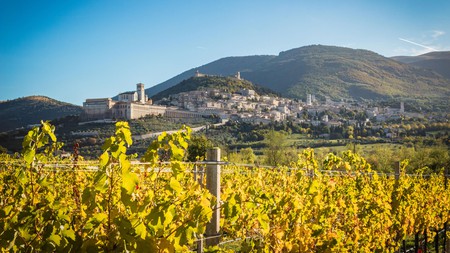 Assisi, the birthplace of Saint Francis, is home to one of the most impressive churches in all of Italy | © EyeEm / Alamy Stock Photo

Known for its medieval towns and lush landscapes of olive groves, dense forests and hills, Umbria is also one of the top culinary regions in Italy, famous for truffles, chocolate and wine.

There’s no Italian region quite as centrally located as Umbria. Situated almost smack-dab in the geographic middle of the country, what this landlocked region lacks in coastline, it makes up for in natural beauty. Umbria overflows with Etruscan ruins, pretty medieval hill-towns, and food and wine that are out of this world. Sip a glass of the region’s renowned white at sunset; Umbria is perfect for travellers who enjoy a slower, more laid-back pace.

It’s home to one of Italy’s most important churches 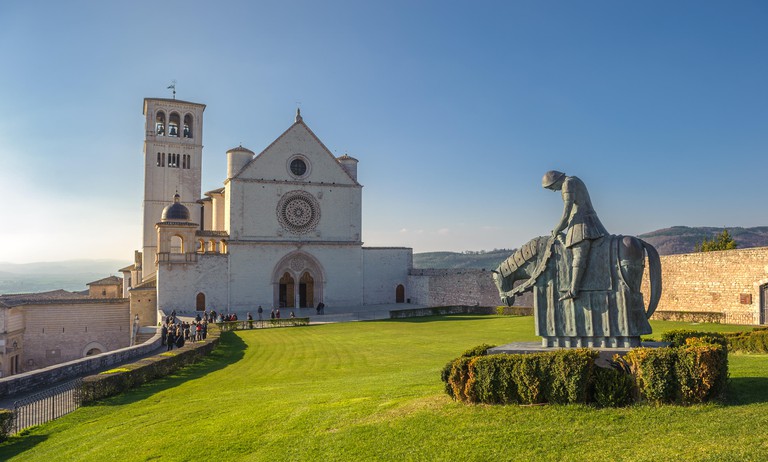 © Konstantin Kalishko / Alamy Stock Photo
Assisi, the birthplace of Saint Francis, is home to one of the most impressive churches in all of Italy. A Unesco World Heritage site, the basilica contains frescoes by Giotto and other master artists of the time. Construction began on the Franciscan holy place in 1228 and was completed 25 years later. Unique for its upper and lower churches and stunning Gothic façade, each year millions of pilgrims visit the tomb of Saint Francis located in the lower sanctuary.

The food is some of Italy’s finest 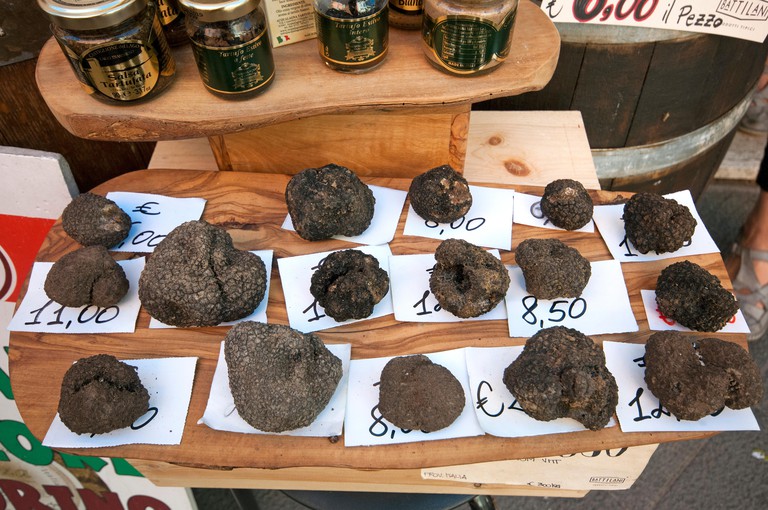 Umbria is the region of olive oil, salami, lentils, truffles, chocolate and honey – and its restaurants delight in making the most of the local produce. Just metres away from Assisi’s main square, Osteria Piazzetta dell’Erba elevates cooking to fine art, with chef Matteo Bini presenting food that’s equally pleasing to the eyes and the palate. In Orvieto, you can enjoy innovative dishes based on traditional Umbrian recipes at local favourite I Sette Consoli. On warm summer evenings, book ahead to secure a table in the garden, for views of the majestic cathedral. 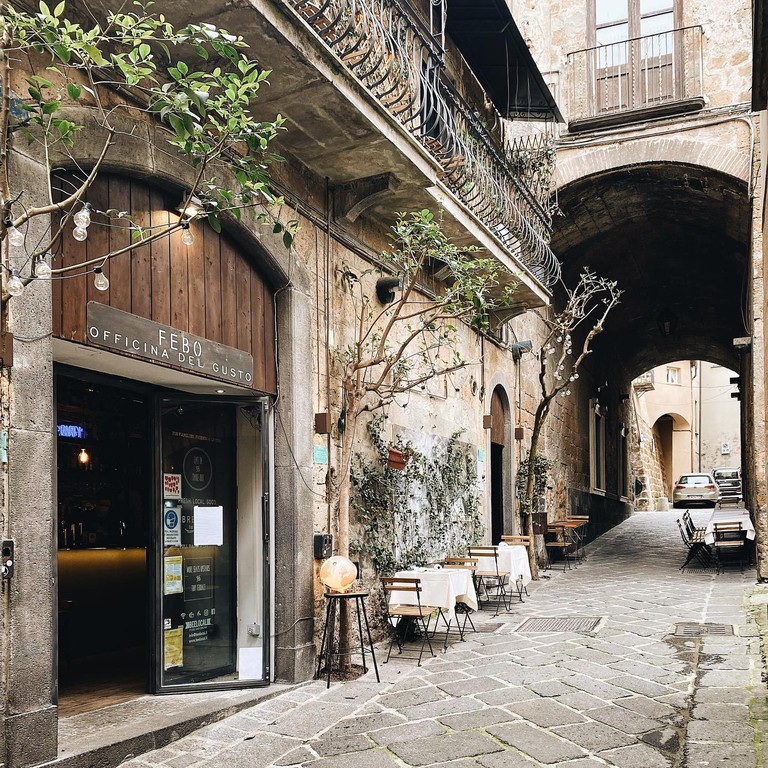 Umbria has a proud winemaking tradition, but in recent years a wave of hip artisan craft beer (birra artigianale) producers have cropped up around the region. Along the prettiest street in Orvieto, Febo is the only microbrewery in town. Looking like a living room that’s been plonked down in an alleyway, it serves a salivating menu of Italian- and American-style pub grub. Don Navarro Brewery in Gubbio has an industrial-chic vibe and a wide range of bottled and beer on tap, which changes weekly.

It’s one of Italy’s best regions to see music 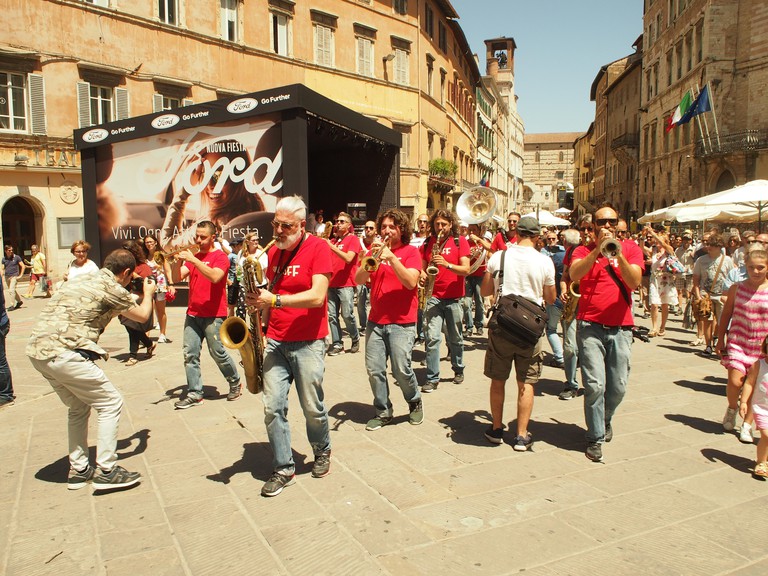 Each July, musicians and fans from all over the world descend on Perugia for the highly anticipated summer jazz festival. Past performers include the likes of Elton John, Tony Bennett and B.B. King. Orvieto’s cold-weather iteration, Umbria Jazz Winter, takes place the week between Christmas and New Year’s Eve. Then, on Capodanno (New Year’s Day), secure a seat in the Duomo to experience something you don’t see every day: a Roman Catholic mass with hymns sung by an American gospel choir.

It has world-class museums 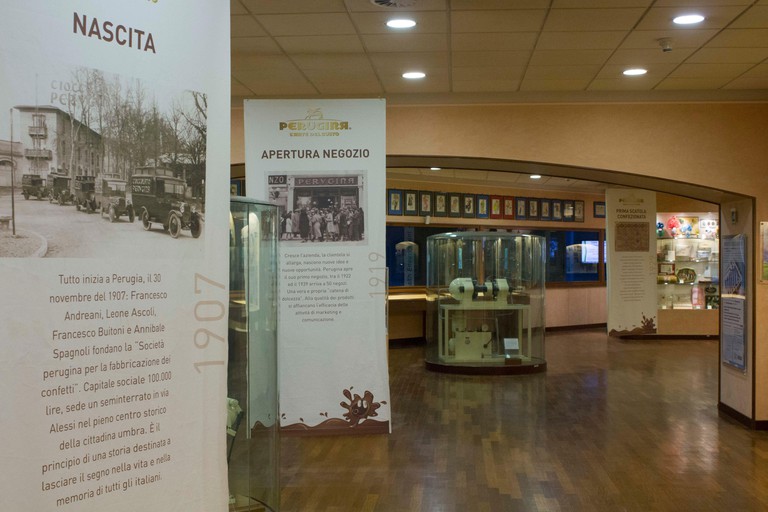 No trip to Perugia would be complete without a visit to the Casa del Cioccolato Perugina museum and factory, where you can learn the art of chocolate-making or at least taste its results, for the price of admission. Then there’s Gubbio’s Palazzo Ducale, built in the late 15th century for the ruling Dukes of Montefeltro and the medieval city’s first example of Renaissance architecture. Orvieto Underground takes you on a subterranean romp through caves and wells carved into the rock by the Etruscans.

It might be landlocked, but you can still visit an island 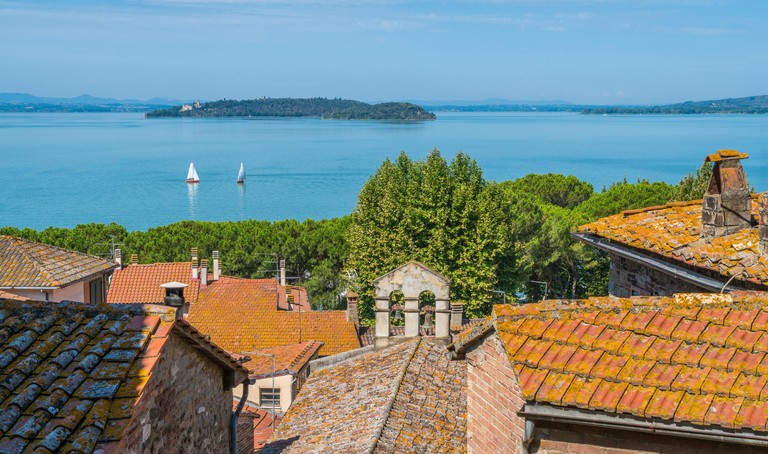 The largest body of water in Umbria and Italy’s biggest non-alpine lake, Trasimeno is home to three islands, Isola Maggiore, Isola Minore and Isola Polvese. While visits to Isola Minore are prohibited, you can reach Isola Polvese by ferry from San Feliciano (south of the town of Monte del Lago). The island’s nature park, established in 1995, offers hiking trails that pass ancient fortresses, old churches and Roman ruins. Your walk ends at a small beach with a children’s playground. 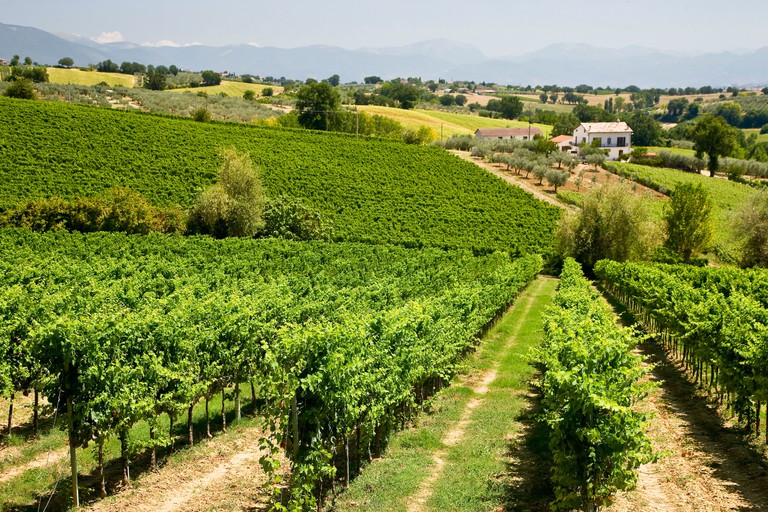 Orvieto Classico, Torgiano and Sagratino di Montefalco are all beautiful wines closely associated with Umbria. Wine bars are your best bet for trying out local vintages while savouring a pre-dinner aperitivo. Try L’Angolo del Buongustaio in Castiglione del Lago on Lake Trasimeno, or stop in pedestrian-only Spello to enjoy a glass or two at the lovely Enoteca Properzio. At Lungarotti cellars in Torgiano, you can arrange a wine-tasting, and visit its fascinating wine and olive oil museum afterwards.

Its landscape is breathtaking 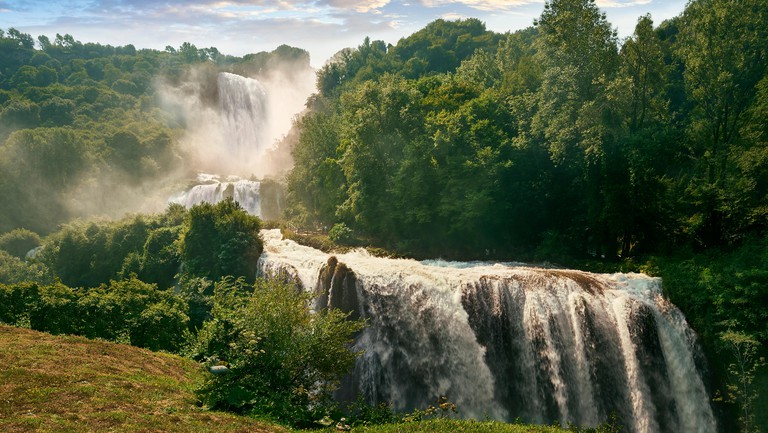 Teeming with rolling hills cloaked in ancient vineyards and olive groves, Umbria is known as the green heart of Italy for a reason. Outside the city of Terni are the spectacular double-cascading Marmore Falls. Built by the Romans around 271 BCE, it is normally diverted for hydroelectric power but can be visited at certain times of the year. The two main vista points can be reached by shuttle bus or via footpaths amid a wooded setting.

Regain some energy in these Umbrian hotels, or try out places to stay in Gubbio, now bookable via Culture Trip. Assisi has many things to do you won’t want to miss, and Perugia is home to some top-rated restaurants. However, no Italian trip is complete without heading over to Florence to see some of its main attractions.