Reasons Why You Should Visit Gubbio, Italy 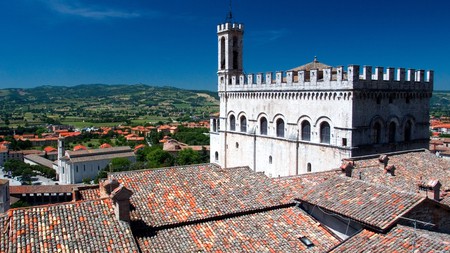 The ancient city of Gubbio is famous for its Roman ruins, medieval aqueduct and sweeping hillside views – especially from the Piazza Grande and the thrill-inducing cable car to Basilica di Sant’Ubaldo. Experience it all via Culture Trip.

From its Palaeolithic origins to former lives as a Roman fortress and medieval town, this Umbrian municipality is now a well-preserved mishmash of historical eras, shown through its architecture, cultural identity and artefacts. Nuzzling the foothills of the small Monte Ingino mountain (which is transformed into the “world’s biggest Christmas tree” each December, by lights trailing up the hillside), Gubbio retains an ancient charm and is largely untouched by modern development, making it the perfect destination for an Italian getaway that ticks the usual boxes: food, culture and countryside. Here are the reasons why you should visit Gubbio, Italy. 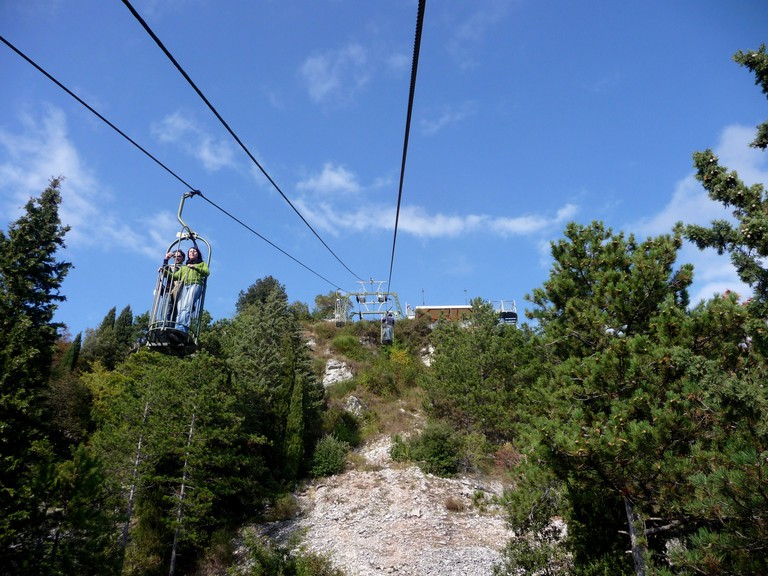 Skip the steep stairs that climb Monte Ingino and instead get a lift to its peak on the Funivia Colle Eletto. But be warned: this cable car is not for the faint-hearted, and the “cable car” label is a bit of a stretch. It’s more of a birdcage-style ski lift, which glides you uphill in a six-minute joy ride, giving spectacular, open-air views of the surrounding Umbrian countryside along the way. When you’ve made it to the top, visit the Basilica di Sant’Ubaldo and take in the spectacular views of the hilly valley below.

The main square has vertigo-inducing views

Piazza Grande, Gubbio’s town square, is a bit tricky to find as you get lost in the town’s warren of medieval alleys. But when you get there, you’re rewarded with the discovery of an architectural marvel of the medieval age: a suspended terrace that’s supported by stone arches underneath your feet. Bookended by two palaces – the Palazzo del Podesta town hall, and crenellated Palazzo dei Consoli – the piazza is the true heart of the town. The views of Gubbio’s rooftops and alleys below are breathtaking…if you’re brave enough to peer over the edge.

You can wander between fresco-filled churches

Pottering around serene, stone churches is part of the fabric of a holiday to Italy, and Gubbio doesn’t disappoint. The 12th-century Cattedrale dei Santi Mariano e Giacomo is a Gothic treat, adorned with colourful interior frescoes as well as a stained-glass rose window. Then there’s the pleasingly simple Romanesque Chiesa Sant’Agostino, with its decorative nave and fading wall paintings, and the humble Chiesa San Marziale: a tiny but moving space, tucked away by the last remaining Roman walls.

You can walk up to the Basilica di Sant'Ubaldo

If the Funivia Colle Eletto cable car gives you the heebie-jeebies, you can boost your daily step count on the 30-minute walk up Monte Ingino, from the Palazzo Ducale to Basilica di Sant’Ubaldo. Your efforts will be rewarded with great views and, of course, a visit to the Basilica itself, which was named after the town’s 12th-century patron saint Ubaldo. His remains are on display in a glass coffin above the altar.

You can become an honorary citizen and ‘madman’ 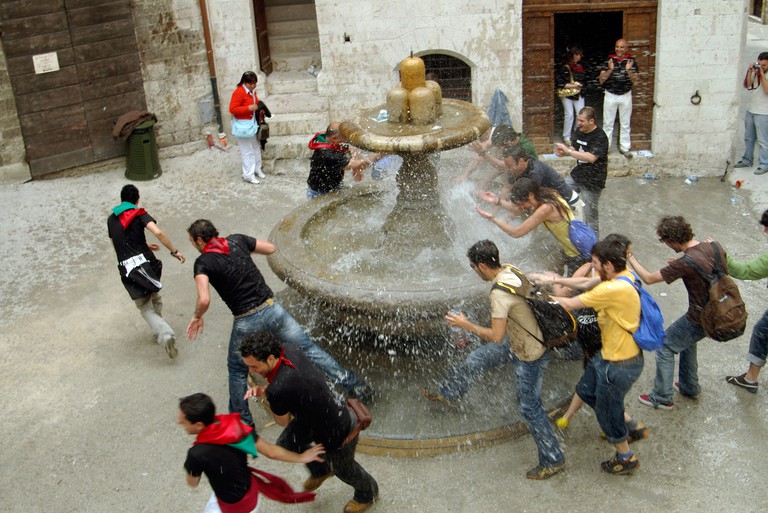 The 16th-century Fontana dei Matti fountain has a strange nickname and an even stranger tradition attached. Translating to Fountain of the Madmen, it’s a place where people used to apply for a license to be “mad”, before being baptised as such in its waters. Recent research shows that the rocks around Gubbio have long been contaminated by highly toxic iridium, which perhaps explains the original reasons for the ritual. Today, the town’s water is safe to drink, but you can become an honorary citizen of Gubbio and certified madman, as long as you can find a local willing to help you circle the fountain three times and get doused in its water. Find it in front of the Palazzo del Bargello and wait for an unsuspecting local resident.

The best hike in Gubbio is along a medieval aqueduct

Pack your walking boots for a scenic hike along the Passeggiata Acquedotto Medievale Gola del Bottaccione. The passeggiata route scales a 13th-century aqueduct that provided water for Gubbio and its surrounding towns until the early 20th century. After some conservation work, it opened as a public trail in 2017, and you can now walk the 2km (1.2mi) raised path through the deep Gola del Bottaccione gorge north of the town and flanked by thick woodland.

It has some of Italy’s best truffles

While you can eat some of the best truffles in Italy in Gubbio at any time of year, any discerning truffle fan should aim for the annual Gubbio Truffle Festival. Starting each year on 1 November, the truffle festival and market has been known to go on for a whole month – known locally as Il Mese del Tartufo (the month of the truffle). Whatever the duration, you can be sure to find an exquisite range of products infused with the earthy, fragrant fungus – such as sauces, cheeses, oils, creams, honeys and polenta.

Its history is goes back millennia 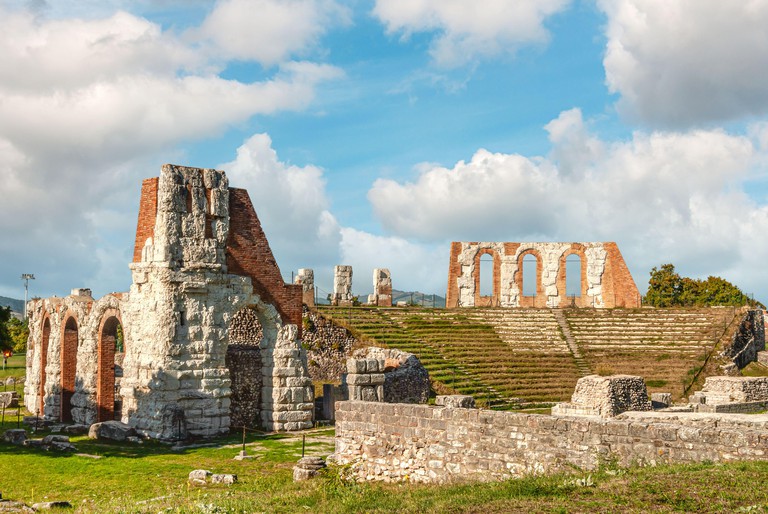 You don’t need to be in Rome to see an ancient Roman amphitheatre. Lovers of Roman history will lap up a visit to the ruins of Gubbio’s well-preserved Teatro Romano, built in the 1st century BCE as part of the expansion of the Roman fortress town of Ikuvium. In addition to the amphitheatre, a thermal baths complex and villas were built, the remnants of which can all be explored. A museum adjoins the Teatro Romano, with an impressive mosaic collection. For a medieval spin on the town’s history, head to Palazzo dei Consoli and check out its 16th-century hall, before heading to the museum and art gallery within.

After exploring, head back to one of the best hotels in Gubbio, now bookable via Culture Trip. For the full Italian experience, travel to Rome and stay in a luxury hotel and discover why you need to visit Italy’s capital. See our guide to the must-visit attractions in the area and discover where to try the best pasta around.