8 Books You Need to Read Before Travelling to Florence 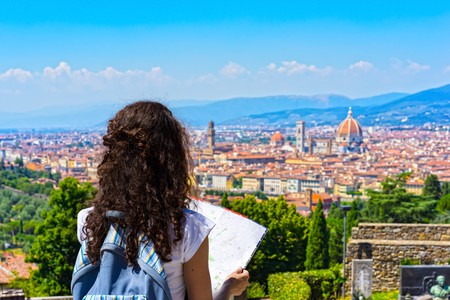 Of all the books to choose from about Florence, which are either based there, or are influenced by that fabulous Italian city, these are the top books you should read before your trip. Although not all of them are based in the Renaissance city itself, you will still learn about cultural aspects, important historical facts, the importance of some of the art, and the small pleasures in life that you can’t find anywhere else in the world but Tuscany. After reading one of these, you’ll be quickly packing your bags for the adventure ahead.

The Agony and the Ecstasy by Irving Stone

If you’re interested in some of the great artists of the Renaissance period, but reading about them always seems dry, this book is for you. The Agony and the Ecstasy is a biography of Michelangelo written in the style of a fictional novel. It follows Michelangelo throughout almost his entire life, and as you read it, you’ll feel as if you’ve lived it with him. Definitely not a textbook biography, but you’ll feel like you just took a class on Michelangelo himself. Don’t bother watching the movie that was based on this book, the book, as in most cases, is way better. 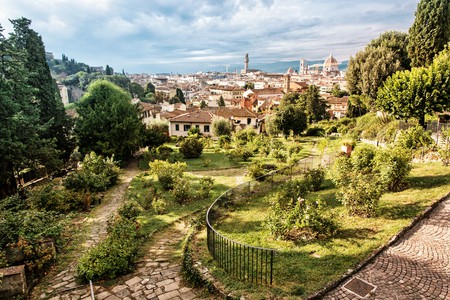 Under The Tuscan Sun by Frances Mayes

This is an obvious one if you are a Tuscany lover. Frances Mayes is a poet and writes about her transition into her Tuscan villa as if it were a reflection on a dream (it may have well felt like a dream). In Under The Tuscan Sun, her style is gentle and flowery, but incredibly vivid. If you want to get lost in a small town in the Tuscan countryside, read Mayes and feel like you’re going on a journey surrounded by the sights, smells and tastes Tuscany has to offer.

Filippo Brunelleschi was the famous engineer and designer of Florence’s own jewel, the Cathedral of Santa Maria Novella that still astonishingly stands today. He dedicated most of his life working on the domed roof of the cathedral, and Ross King tells a great story in Brunelleschi’s Dome about how Brunelleschi achieved such an amazing design with little technology 600 years before. It is regarded as one of the greatest architectural feats in Italy, and Florence is proud of their outstanding monument. 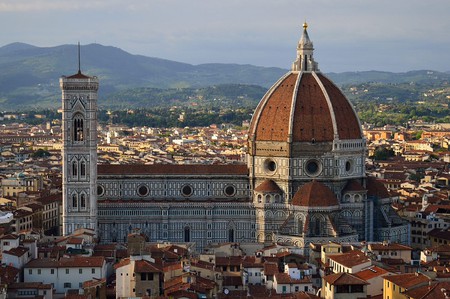 The Birth of Venus by Sarah Dunant

This love story is only a cover for an interesting historical and political story about Florence’s turmoil at the time. Drama, history, romance, and mystery fuse in The Birth of Venus, which is based in Florence during the height of the 15th century. Written in the first person as a memoir, the main character, Alessandra, is all too relatable with her romantic attractions, familial duties, and big decisions to make as her life unfolds before the readers’ eyes. Get a feel for how life was for a young woman in the Renaissance with this fictional story.

Death in Florence by Marco Vichi

This book is part of the Inspector Bordelli mystery series of Italian books translated into English. They take place in post-Second World War Florence holding many mysteries to be solved. Vichi shows a sober and secret side of one of Italy’s most beloved cities when he writes about the case of a missing boy during the time of the famous flood of the Arno river. Death in Florence gives a great description of the city and lets your imagination run free to explore parts of the city you won’t see in the same way after reading the book.

From the author of The Monuments Men, Edsel focuses on Italy and all its art under a microscope. If you liked the film starring George Clooney, an Italy lover himself who adapted the book to film, you’ll love Saving Italy, with the same mystery and history with art, all in an Italian setting. Many of the works discussed in the book happen to call Florence home, so you’ll learn a thing or two about what you will see during your trip. 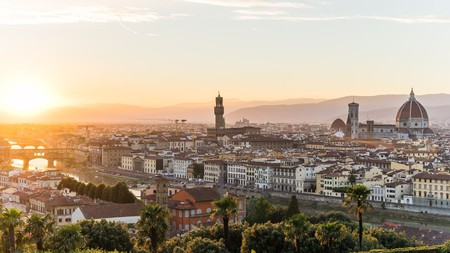 The Italians by John Hooper

This entertaining book is the contemporary version of Luigi Barzini Jr.’s original book The Italians from the 1960s. John Hooper’s The Italians is the perfect read for understanding Italian culture, hilarious misunderstandings, stereotypes, and contemporary Italy. He discusses geography and culture, and how it affects important aspects of Italian life such as soccer, sex, idiotic politics, food, and la dolce vita. After being a foreign correspondent in Rome for over fifteen years, his observations are insightful and very entertaining. This is a great easy read before your trip to Italy and will also help you avoid those clueless tourist moments due to misunderstanding the culture.

The House of Medici by Christopher Hibbert

The Medici family was the most famous in Florence during the height of the Renaissance. With power, wealth, influence, and copious secrets, the family history spans over generations. They had a huge influence on the history and politics in Florence, and you can’t go more than a block in the city without coming across something they owned or had a say in. Christopher Hibbert’s The House of Medici presents their story like a 15th-century version of House of Cards, which also gives fantastic background knowledge for your trip to Florence.