8 Artists From Florence You Should Know 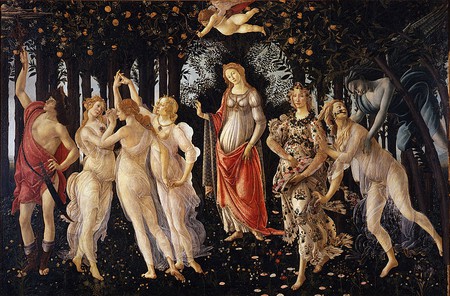 Florentine people have artistically influenced and defined the wider world, this is beyond doubt. Painters, writers, sculptors, architects, all the great Florentine masters inspired following artists from all the world. Here we take a look at some of the best Florentine artists from the Renaissance period and beyond, whose talent and art deserve recognition.

Filippo Brunelleschi was an Italian architect, engineer and a pioneer of early Renaissance architecture in Italy. He is mostly known for developing a technique for linear perspective in art and for building the dome of the cathedral of Florence. His major work was constructed with the aid of machines that Brunelleschi invented expressly for the project. He also projected the Church of Santa Maria degli Angeli, the Spedale degli’Innocenti, the Basilica of Santo Spirito and the Pazzi Chapel, all located in Florence. His influence on his contemporaries and following artists was very strong; Brunelleschi is admired as the first great “exponent of rational architecture.” 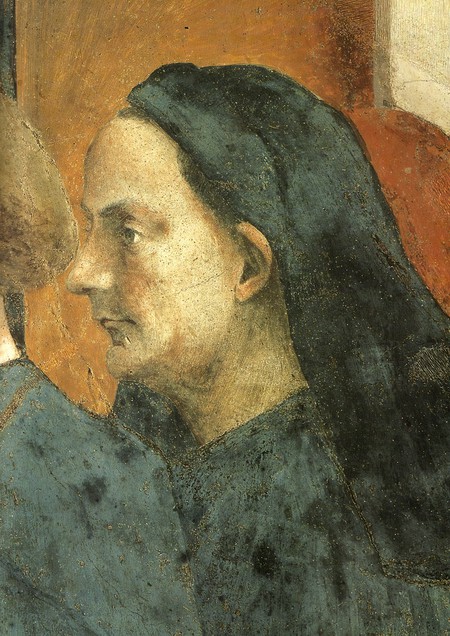 Though he died at the age of 26, Masaccio left an indelible mark on the world of painting and in fact he is considered to be the first great painter of the Italian Renaissance period. In the span of only six years, Masaccio radically transformed Florentine painting. He inspired a big number of following artists and made an extremely important contribution to painting thanks to his skill at re-creating lifelike figures and movements. Masaccio worked on the frescoes of the Brancacci Chapel in the Florentine Church of Santa Maria del Carmine, considered his masterpiece.

Michelangelo is universally considered one of the greatest artists of all time. A big number of his works in painting, sculpture and architecture rank among the most famous in existence. He learned the technique of fresco at the age of 13 while apprenticed to Domenico Ghirlandaio, and he used this practice many years later in his major work in the Sistine Chapel in Vatican. At the age of 15, Michelangelo began to spend time in the home and gardens of Lorenzo de’ Medici, where he studied sculpture and became a protégé of the Medici family. Although the frescoes on the ceiling of the Sistine Chapel are the best known of his works, Michelangelo was also a great sculptor. 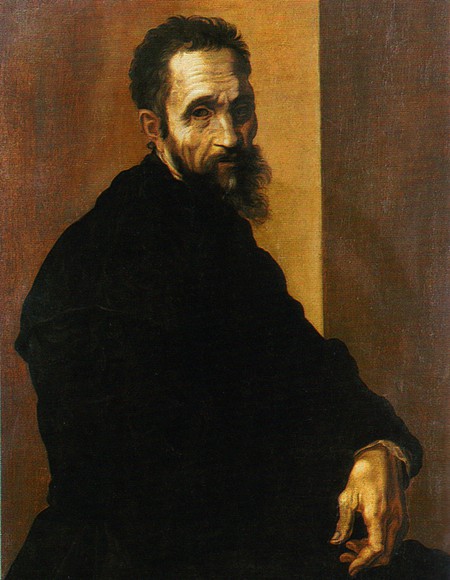 Giovanni Boccaccio was an Italian poet, and, with Petrarca, he laid the foundations for the humanism of the Renaissance and raised vernacular literature to the level and status of the classics of antiquity. It was probably in the years 1348-1353 that Boccaccio composed the Decameron, of which its influence on Renaissance literature throughout Europe was enormous. The book opens with a description of the terrors of the pest, then introduces to a company of 10 young people, seven ladies and three men, who have come together at a villa outside Naples to while away the time and to escape the epidemic. Each in turn presides for a day over the company and on each of 10 days each of the company tells a story. 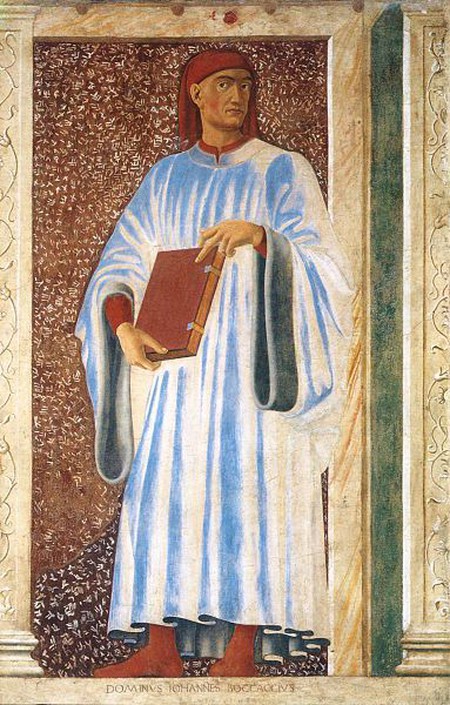 Another artist belonging to the prominent Florentine school on our list is Leonardo Da Vinci. Da Vinci is often considered to be one of the greatest artists of all the times. He was not only a painter, draftsman, sculptor and architect but also an engineer and a genius. Though he was a master of these different forms of art, Da Vinci is celebrated mainly for his paintings. His masterpieces, The Last Supper and Mona Lisa, are among the most popular and influential paintings of the Renaissance. 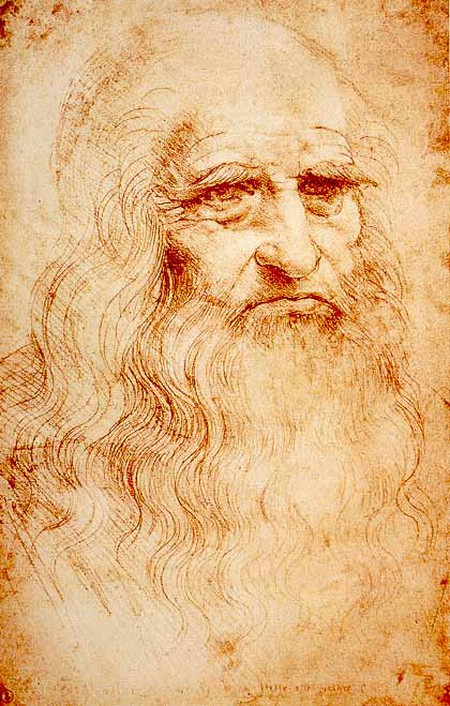 As it often the case with Renaissance artists, most of information about Botticelli’s life derives from Giorgio Vasari’s Lives of the Most Eminent Painters, Sculptors & Architects. Botticelli apprenticed under Fra Filippo Lippi, who was one of the most admired Florentine masters, and was also influenced by Masaccio’s paintings. Sandro was a great artists but he is best known for two paintings that depict mythological scenes, The Birth of Venus and La Primavera, both of which are now housed in Florence’s Uffizi Gallery. 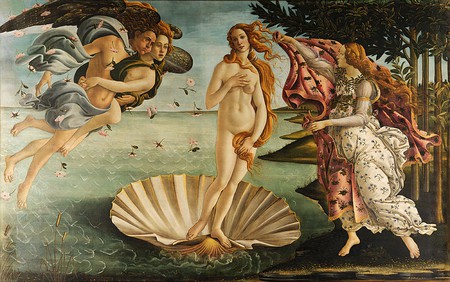 Botticelli The Birth of Venus | ©WIkiCommons

Another great artist, Giotto was the most important Italian painter of the 14th century whose works point to the innovations of the Renaissance style that developed a century later. In Europe, Giotto has been revered as the father of European painting and the first of the great Italian masters. He was the pupil of the painter Cimabue and decorated chapels with frescoes in Assisi, Rome, Padua, Naples and Florence, where he also started to work on the bell tower, Campanile di Giotto. Only short periods of his life are documented, so the attributions of his paintings remain extremely problematic. 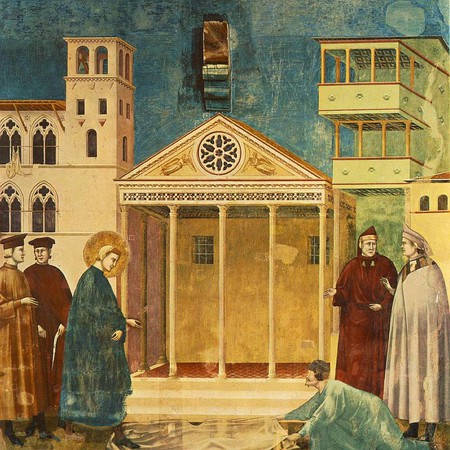 Best known for the monumental epic poem La Divina Commedia (The Divine Comedy), Dante Alighieri was an Italian poet, prose writer, literary theorist, moral philosopher and political thinker too. Dante’s Commedia is one of the greatest works of Italian literature, a profound Christian vision of man’s temporal and eternal destiny. The poem draws on the poet’s own experience of exile from his native city of Florence, but it is also an allegory, taking the form of a journey through hell, purgatory and paradise. Dante used primarily the Tuscan dialect, which would become standard literary Italian, but his vivid vocabulary ranged widely over many dialects and languages. 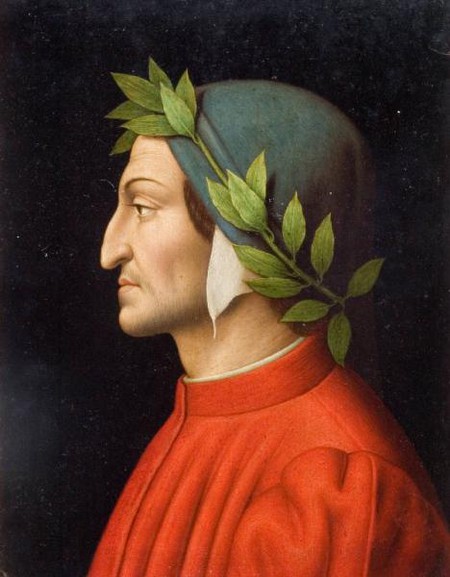 Dante Alighieri | © WikiCommons
Give us feedback