6 Reasons You Have to Visit the Cinque Terre ASAP 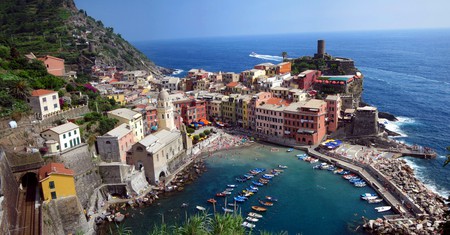 The Cinque Terre is a collection of five towns along the Italian Riviera; Monterosso al Mare, Vernazza, Manarola, Corniglia and Riomaggiore, each one more charming than the next. There are a million reasons to be enchanted by this remarkable part of the Italian coastline. These are our six reasons you have to visit the Cinque Terre ASAP. 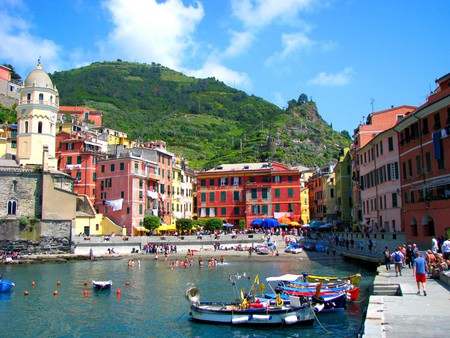 Pastel houses stacked on top of each other, clear deep blue water, a lush green mountain range… it is almost impossible to describe how beautiful it is here. The romantic poets and authors from Shelley, Byron to D.H. Lawrence have all tried. The skies can go from bright blue to soft pink to inky dark. You can stand on the high cliffs in Corniglia and get a bird’s eye view or have a drink in historic center of Vernazza. Everywhere you look is gorgeous. 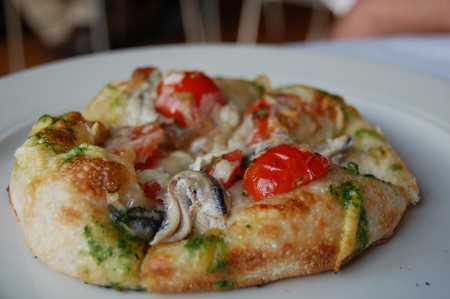 The Food is Amazing

Seafood is what is on the menu here. These five towns were originally fishing villages and that tradition remains strong in the cuisine of the Cinque Terre. Anchovies have been the primary staple since Roman times. Don’t be afraid, they are delicious. You will find them marinated in lemon and olive oil, and battered and fried. The pasta sauce that is most representative of the Liguria region is pesto. Dark green and aromatic, it is the essence of summer. Thick, salty, olive oil slicked, focaccia is eaten here as a breakfast pastry, an afternoon or even a midnight snack. 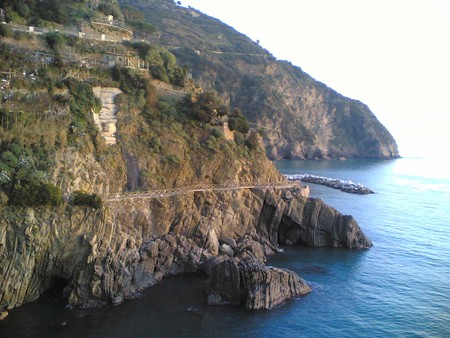 There are dozens of trails in the Cinque Terre. The most important thing is to check before you head out because many have sections that are closed from storm damage. From the sedate and very popular Blue Path (sentiero azzurro), also called the Trail #2 path that links all five towns, to more rugged mountain trails that you need proper hiking gear for, like #1b from Telegraph Pass to Cigoletta and #1c from Pass of Telegrafo – Cigoletta. These paths are worth the effort with far fewer crowds and breaking views. 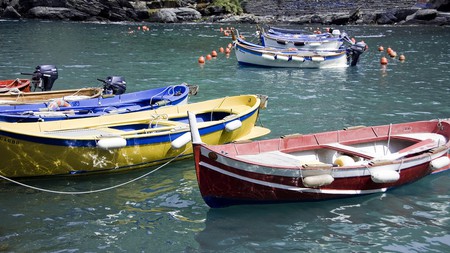 You Can Rent a Boat

There are no long stretches of sandy beaches in the Cinque Terre. Instead, there are small rocky coves many of which can not be reached by land. Renting a boat means you can find these much quieter spots for a swim in the sea. You can rent your own small boat or hire a local sailor to show you the way. The views of the villages with the mountain backdrop from the sea are a completely different orientation that what you would see from a hiking trail. 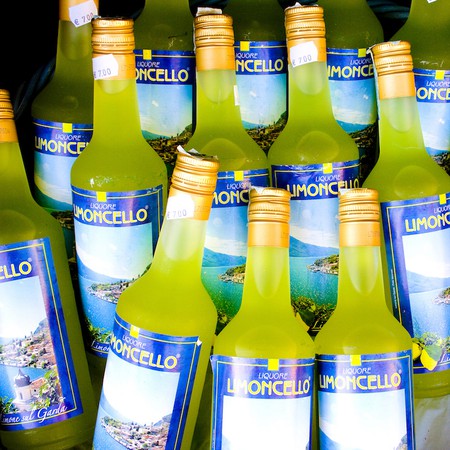 The Amalfi Coast and Capri might get all the Limoncello attention, but some people say that the sweet, alcoholic, lemon liquor is actually from Liguria. It is sometimes called Limoncino here. This part of Italy has plenty of lemon groves. The town of Montersso even has a lemon festival on the third Sunday of May every year. Italians take their after dinner drinks very seriously and believe it is an essential part of digesting your meal. Don’t say no to an icy cold shot of limoncello that is offered at the end of your meal. It is good for you. 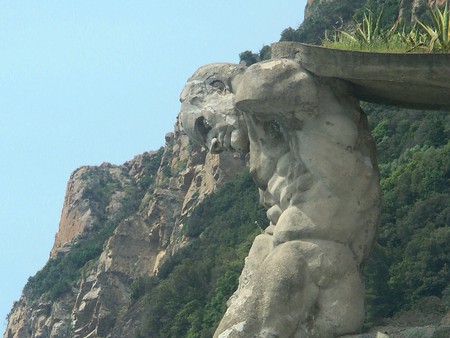 The Cinque Terre is one of Italy’s many treasures that is recognized by UNESCO as a place of worldwide importance to cultural and natural heritage. While it is easy to be dazzled by the pretty aquiline water and slow strolls between gelato stops, each of the Cinque Terre towns have rich history to be explored. There is a centuries old castle in Riomaggiore, the 13th century Church of San Lorenzo with its Gothic facade in Manarola and in Corniglia, don’t miss the Church of San Pietro, which is a remarkable example of Ligurian Gothic style and has a very interesting window carved from Tuscan Carrera marble. The Doria Castle in Vernazza has stood since the 12th century and affords one of the town’s most scenic views. In Monterosso, don’t miss the remains of the colossal statue of Neptil Gigante. Damaged by the sea and World War II bombs, it is a dramatic sight set in the seaside cliff.