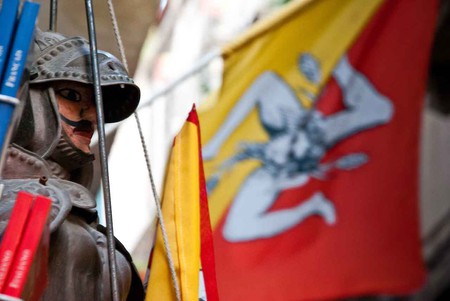 Sicily is so full of historic sites, that you could spend a lifetime on the island and probably still not see them all. From UNESCO Heritage sites like Greek temples and Roman mosaics, to Arab-Norman churches, we have narrowed down 6 must-see historic sites in Sicily. This list is by no means exhaustive, but it is a good place to start. 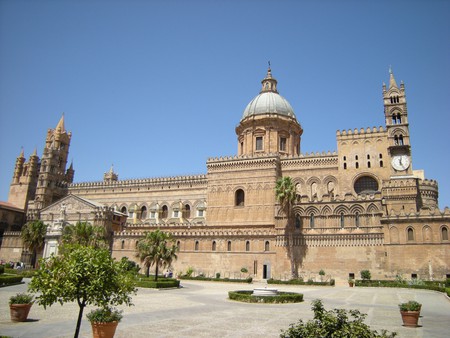 The main church for the city of Palermo is a showy example of Arab-Norman architecture. Construction began in the 12th century on the site, and through the years there have been additions and renovations which incorporated Gothic, Baroque and Neoclassical details. Inside, you can visit royal tombs of Norman kings and family members. Don’t miss the Byzantine style jewel studded crown of Constance of Aragon, wife of Frederick II. 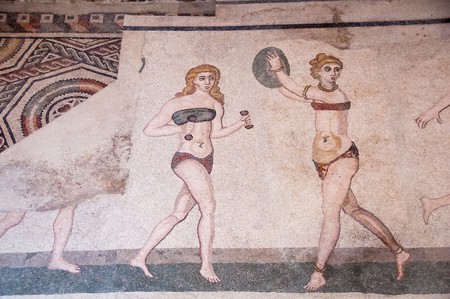 This 4th century Roman villa is home to some of Italy’s most famous mosaics. One in particular is the surprisingly modern Coronation of the Winner, better known as the bikini girls. Rows of girls in red bikinis are portrayed throwing a ball and long jumping, all created with tiny squares of colored glass and stone. The villa is enormous with room after room, once home to an important Roman family who ruled this part of Sicily. 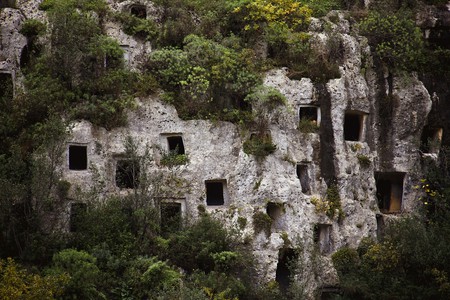 Split between two separate sites, the Necropolis of Pantalica are remarkably well preserved burial grounds that date back thousands of years, carved into the limestone hills. You can reach them from two different towns, by foot via Sortino walking through the Mediterranean scrub vegetation, or by car via Ferla. Visit the Archaeological Museum in Syracuse to see the pottery and tools that were excavated from the site in the late 1800s. 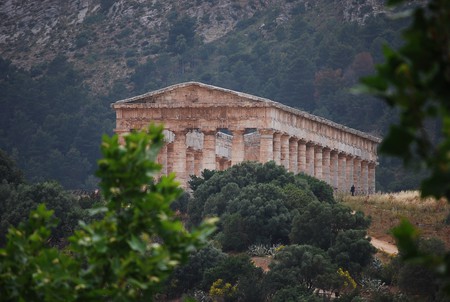 This well preserved Greek temple is a must for any visitor to western Sicily. Near Trapani, this part of the island was once known as Segesta. The impressive temple rises from the field which is situated at the foot of Mount Barbaro.

Wind your way all the way to the top left corner of this hilltop town to find the ancient Greek amphitheater that was constructed in the 3rd century BC, (which actually makes it Roman) and is still used today. The views of Mount Etna and the Ionian sea are unparalleled. There was seating for more than 5,000 people in the carved stone seats and benches. Today, there are modern seats where in the summer months operas, symphonies and film festivals are staged. 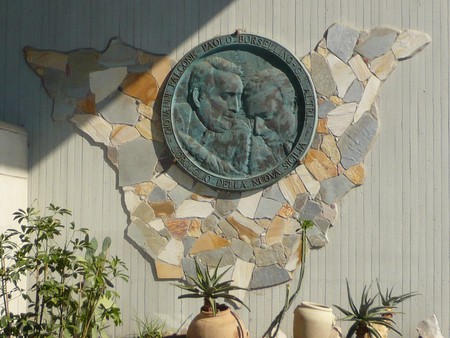 If you want to understand modern Sicilian and Italian history, you need to know the names Giovanni Falcone and Paolo Borsellino. Both men were anti-mafia judges who worked their entire careers fighting the stronghold of organized crime. They were killed within weeks of each other in separate bombings, during the the summer of 1992. The Palermo airport is named for them and you should seek out the memorial plaque by sculptor Tommaso Geraci outside the departure hall. You will find schools, public buildings and piazzas bearing the name of these brave men all over Sicily.