6 Mouthwatering Desserts You Have To Try In Rome 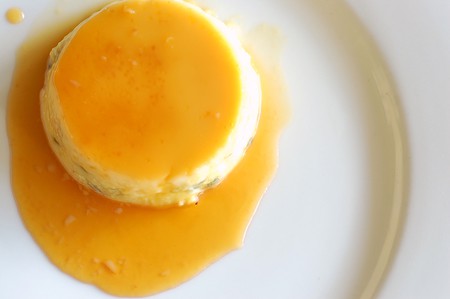 Once you’ve taken note of where to find the best desserts in Rome, you’ll want to be prepared and know what to order while you’re eyeing sweets of all shapes, colors and flavors. Read on for our trips about the best Italian sweets you have to try in the Eternal City.

Perhaps the most classic Italian dessert, you’ll find tiramisu on the menu all over the country and in nearly every restaurant in Rome. Traditionally made with savoiardi biscuits seeped in coffee and then layered in between layers of mascarpone cheese and topped with cocoa powder, the dessert is rich, creamy and has a kick from the caffeine. The word tiramisu in fact means “life me up”. There are many variations in the capital and it’s common to find modern takes on the dessert, such as deconstructed tiramisu or creative adaptations, like one featuring amaretto cookies and marsala liquor. You’ll also often find fruit and nut variants, such as pistacchio tiramisu or mixed berry tiramisu. 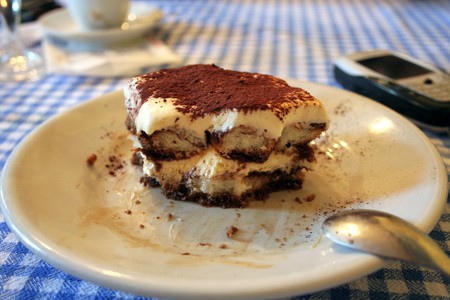 Who doesn’t love cream puffs? Contrary to popular belief, this delicious dessert originated in Italy and was introduced in France in the 16th century by Catherine de’ Medici, the wife of Henry II. Italian profiteroles (more often referred to by their French name, choux à la crème) are made of a light pastry that is traditionally filled with pastry cream or whipped cream, then drizzled with chocolate ganache. Pasticceria Regoli near Piazza Vittorio makes a great version of the sweet, as does Pasticceria De Bellis in Trastevere. 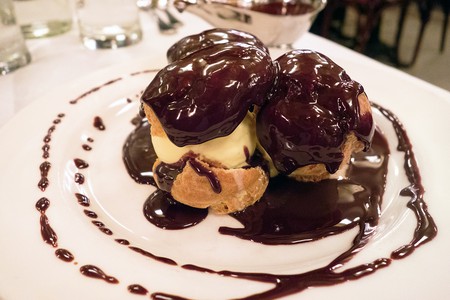 Although this is a traditional Sicilian sweet, you can find cannoli throughout Italy. This tube-shaped pastry is filled with a sweet ricotta and either candied fruits or chocolate chips, then dusted with powdered sugar. There are many variants, including chocolate or pistacchio cannoli and are fairly ubiquitous at pastry shops around town. A great bet for Sicilian sweets is Pasticceria Dagnino inside the Galleria Esedra near Termini Train Station, or I Dolci Di Nonna Vincenza near Campo de’ Fiori. 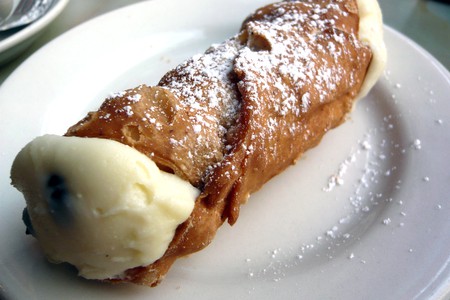 This popular dessert is enjoyed throughout the world and can often be found on menus in Rome. Creme Caramel is a type of soft pudding made with a custard base with a caramel layer. It is different than creme brulee which has a thick, burnt caramel layer. The overarching flavor is a comforting vanilla, so it’s beloved by all ages and often prepared at home because it requires few ingredients. Sometimes it is infused with orange or coffee for a spin on the favorite treat.

Gelateries are ubiquitous in Italy and Rome practically has one on every corner. Each gelaterie has your standard flavors such as chocolate, crema and stracciatella but some get truly creative with their concoctions. The artisanal gelato chain Fatamorgana is popular for unique combinations such as lavender with camomile, rice with vanilla and banana with lime. Chocolate shop Venchi makes an excellent cremino, with gianduja and hazelnuts and Giolitti in Testaccio serves up the city’s best zabaione flavor with egg yolks and Sicilian marsala wine. 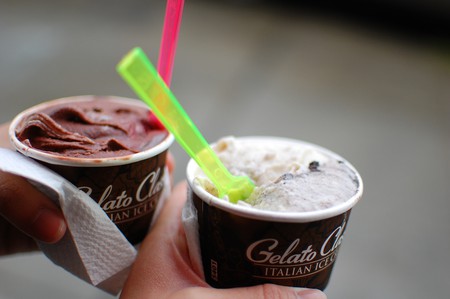 This indulgent dessert is perfect for chocolate lovers and is a famous treat to order at the Tre Scalini Bar within Piazza Navona. The tartufo is so-named because it resembles the prized truffle mushrooms that are gathered in Italy’s countryside. The dessert consists of hand-rolled ice cream covered in cocoa powder, making it look like something that has been unearthed, though it undoubtedly tastes better than it looks. It traditionally comes in two flavors: nero, meaning black which is a dark and milk chocolate flavor, or bianco, meaning white which is a white chocolate flavor. 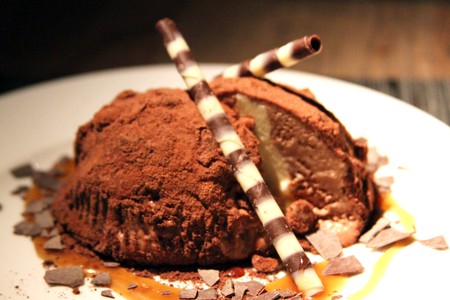 Tartufo | © twohungrydudes/Flickr
Give us feedback