Foods You Must Eat in Sicily 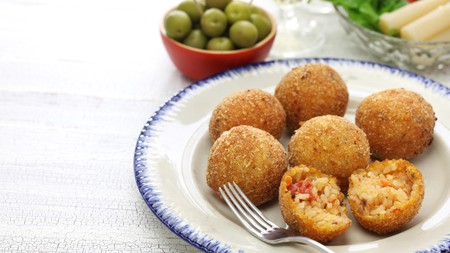 Sicilian cuisine is richly influenced by mainland Italy, Greece, North Africa and the Middle East. Dishes typically feature island-grown fruits and vegetables, grains such as couscous and rice, and seafood, like swordfish and calamari. There is an abundance of delicious foods to feast on, so to help you eat your way through the island, we’ve listed the dishes you must try in Sicily.

Want to visit Sicily? Book Culture Trip’s 10-day adventure where you’ll be able to eat local cuisine, bounce along Mount Etna in a 4×4 and be guided through the ancient towns of Noto, Ragusa and Modica by our Local Insider.

Perhaps the quintessential Sicilian street food, arancini were invented in the 10th century when the island was under Arab rule. The name comes from the fact they loosely resemble an orange on the outside (arancia is Italian for orange). These substantial snacks are made by rolling balls of risotto, stuffing them (typically with meat ragù and mozzarella), coating them with breadcrumbs and then frying them until crispy and golden. Their appearance varies across the island, as you’ll tend to find round ones in the west and more conical-shaped ones in the east. No trip to Sicily is complete without trying arancini. 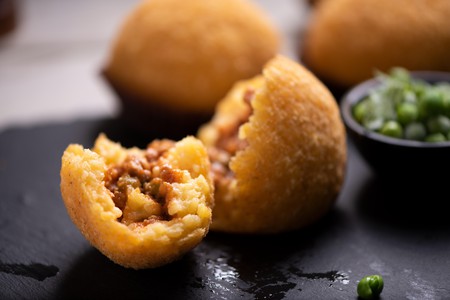 Sicily is renowned for its elaborate and colourful sweet pastries and cannoli (pastry tubes with a creamy filling) are one of the most well-known varieties outside of the island. Want to know the sign of a really good cannoli place? Look for stacks of freshly fried empty cases that are only filled to order. The traditional filling is lightly sweetened ricotta cream, often studded with chocolate or candied fruit, dusted with pistachios or with the ends dipped in chocolate. Eat them for dessert or an afternoon pick-me-up. But no one could blame you if one slipped into your breakfast, too. 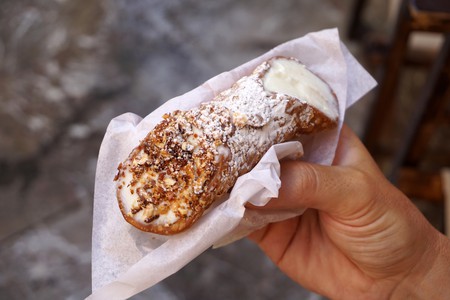 Granita is fruit-flavoured ice shaved so finely that it has a smooth, almost creamy, texture – Sicily’s take on sorbet. Da Alfredo in Piazza Marina Garibaldi on the Aeolian island of Salina is often considered the best location for this semi-frozen treat. You can grab a table with a sea view and order two seasonal flavours. Try gelsi (mulberry) and pistachio together for a salty and sweet combination – and don’t forget to order a fresh brioche on the side to scoop up every last drop before it melts. 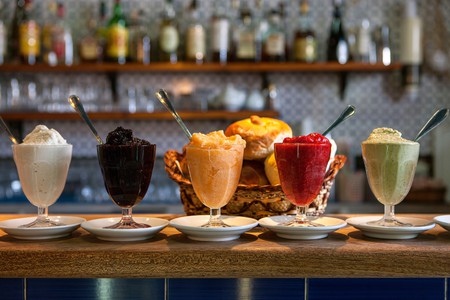 These small green berries, which are actually the buds of the capparis spinosa flower, grow all over the dry, scrubby terrain in southern Italy. Some of the finest come from the island of Salina off the north coast of Sicily. Picked fresh and pickled in brine, they add an intense, tangy note which goes well with fish, chicken, salads and various pasta dishes.

It can get extremely hot in the summer months in Sicily, but that doesn’t mean you have to forgo your chocolate craving. The baroque town of Modica has its own particular kind of chocolate. With ancient roots that stretch back to Aztec times, this chocolate has a robust, grainy quality and won’t easily melt in hot weather. All kinds of flavours are added to these sweet bars, including cinnamon, citrus or pistachio.

The Sicilian town of Bronte is well known for its pistachios and hosts an annual festival to celebrate them. Native to the Middle East, pistachios were introduced to the island by the Moors between the ninth and 11th centuries and are grown in the countryside around Mount Etna. This particular variety is longer and more slender than the usual pistachios you might buy in bulk from your local supermarket. The violet and emerald nuts are harvested in early autumn and used in many Sicilian dishes – granita, ice cream, pesto or Sicilian pastries, plus plenty more.

Hailing from Palermo, sfincione is a kind of thick, spongey, deep-pan pizza – not too different from focaccia. As well as tomato sauce, slow-cooked onions and caciocavallo (sheep’s milk cheese), classic toppings include anchovies, capers, tuna and salami – but not all at once. You can find one of these sumptuous slabs during a visit to one of the food markets in Palermo such as Ballarò or Il Capo. 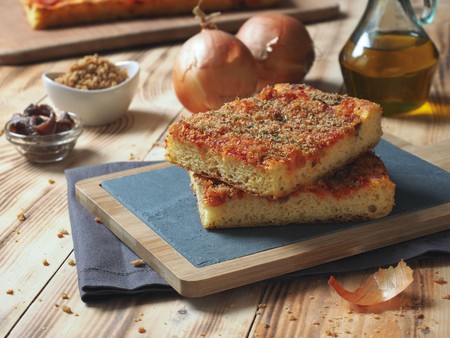 Strongly influenced by North African flavours, pasta con le sarde is made with bucatini (a thick, hollow type of spaghetti) and a fragrant sauce comprised of sardines, anchovies, fennel, pine nuts, raisins and saffron. It’s a staple of Sicilian cuisine and far removed from the kind of pasta dishes you’ll typically find across mainland Italy. 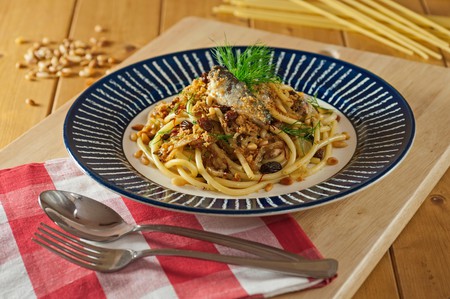 It’s possible to get an authentic taste for Sicilian cuisine without eating meat or fish. Ubiquitous across the island, caponata is a vegetarian delight, combining agrodolce (sweet and sour) flavours in an aubergine-based stew. The exact ingredients vary from place to place (and depend on the season), but onion, celery, tomatoes and courgette are standard – as well as a generous splash of vinegar. It’s Sicily’s answer to ratatouille and is best served with crostini. 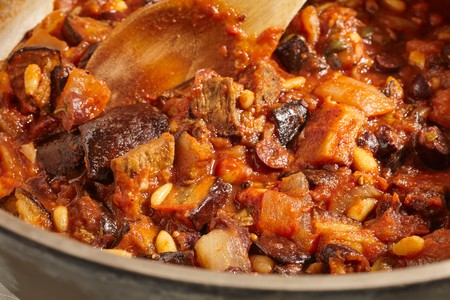 A speciality of Palermo, the capital city of Sicily, panelle are the perfect pre-dinner nibble or accompaniment to a main meal. Made with just a few simple ingredients (chickpea flour, water, olive oil and salt), these crispy chickpea fritters are best served piping hot, straight from the frying pan, with a dash of lemon juice, black pepper and parmesan shavings. In the markets of Palermo, you’ll find them served in a crusty bread roll. Who doesn’t like carbs on carbs?