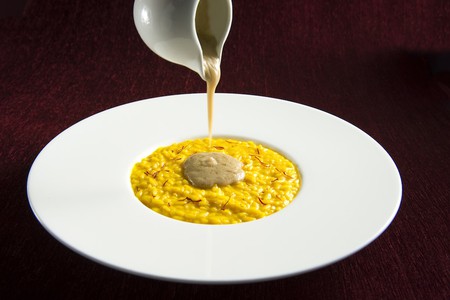 The cuisine of Milan draws on the bounty of the surrounding mountains and verdant farmland. It is rich and hearty, with meat and buttery sauces taking centre stage. Here are the must-try signature Milanese dishes.

Historically, Milan has always been of one Italy’s most prosperous cities and this is reflected in the ingredients of its traditional recipes. For example, saffron (sometimes worth more in weight than gold) is the main ingredient of the city’s signature, smooth risotto. It is delicious on its own for primi piatti, but it is also a common accompaniment for the braised veal dish, osso buco.

Osso buco translates to ‘hollow bones’, referencing the marrow hole seen in the veal shank that is the centre of this indulgent dish. This cut, from the shin, is very sweet and tender and, after being slowly braised in sofrito sauce and white wine, the succulent meat just falls off the bone. Traditionally it is served on a bed of creamy polenta or saffron risotto. Often it is topped with gremolata – a mix of parsley, lemon rind, and garlic – to cut through the fat of the dish. 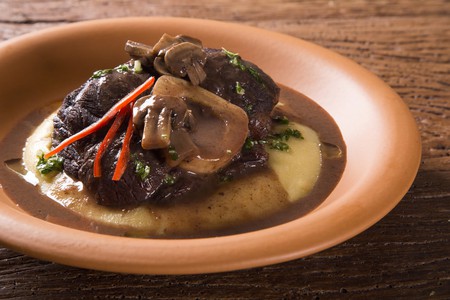 This is like the Italian version of Austria’s Wiener schnitzel – a tender, albeit politically controversial, cut of meat covered in breadcrumbs. There is no definitive cut of meat – some are thick, others fine, some attached to the bone, but the cutlet must be milk-fed veal, pan-fried in clarified butter. It is often served with a squeeze of lemon and polenta or potatoes.

If you’re squeamish about obscure meat cuts, then traditional cassouela is not for you. It is a stew prepared with diced savoy cabbage and pig ears, feet, tail and nose, which makes for a very strong flavour and unique texture. Traditionally it is served in early January, the time of the pig slaughter. It is no longer a regular feature on trattoria menus and, if you do see it, you may find that the chef has created a modern interpretation of the classic recipe – for example, pairing the cabbage-stew base with more palatable cuts of pork. 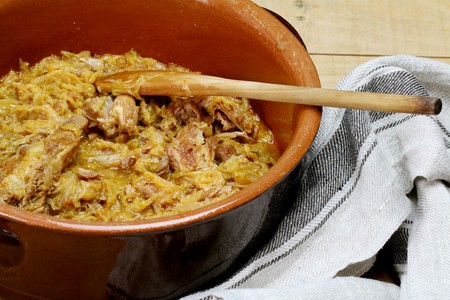 Panettone is a Christmas culinary tradition throughout Italy, but it originated in Milan. The tall, dome-shaped loaf (or some would say cake) is light and airy with a savoury, buttery flavour. Candied fruit and orange peel bring moments of sweetness to it. Most panettone in Italy is produced on an industrial scale but, in Milan, there are still many artisan bakers and confectioners who bake the traditional recipe. In the weeks before Christmas, every pastry shop and bakery displays their personal variation, but the classic version is arguably the best. At breakfast, enjoy with coffee or, after lunch and dinner, pair it with a dessert wine, such as Moscato. 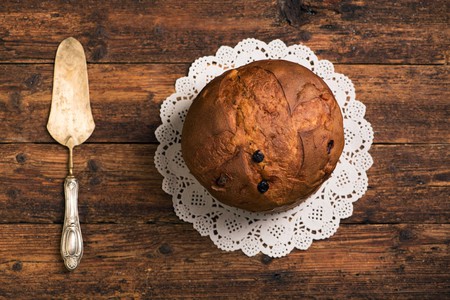 In addition to being part of any sort of celebration, eating cake, biscuits and pastries for breakfast is also the norm in Italy. In Milan, every street seems to have at least two pasticcerias on it and they are typically dominated by baked treats from Naples and Sicily, but cannoncini originate from the North of Italy. Bite-sized cones of buttery, flaky puff pastry are stuffed with sweet and creamy fillings, such as crema pasticcera (custard) or zabaione (similar to eggnog) and are best served hot. In spite of a similar appearance, cannoncini are distinct from Sicilian cannoli – also finger-sized pastry rolls but stuffed with a sweet, ricotta-based filling.