6 Beautiful Parks and Gardens in Rome 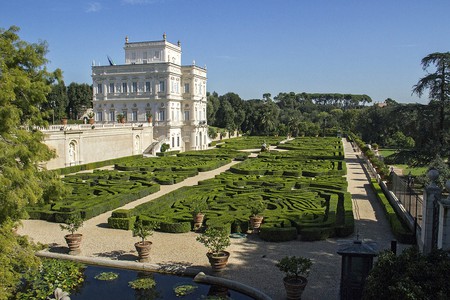 With its famous seven hills and numerous villa parks, Rome is one of the greenest cities in all of Europe. During any passeggiata in the Eternal City, you’re bound to see stunning umbrella pines, find shady under palm trees and admire cascading ivy on terracotta buildings. Rome is a wonderful mix of nature, culture, history and beauty: be sure to check out the most beautiful parks and gardens in the city.

It’s a funny coincidence that the heart-shaped Villa Borghese lies right in the center of Rome. This elegant park is best known for housing the Galleria Borghese museum, an impressive art collection begun by Cardinal Scipione Borghese at the beginning of the 17th century that contains important works by Caravaggio, Bernini, Raphael and Titian. The Villa Borghese gardens are landscaped in the naturalistic English manner and contain numerous statues, lakes, fountains and smaller museums within them. Major attractions that shouldn’t be missed include the Piazza di Siena horsetrack, a little laghetto (lake) with an Ionic temple and boat rentals, and the Pincio terrace with a panoramic vista onto Piazza del Popolo and Rome’s domes. 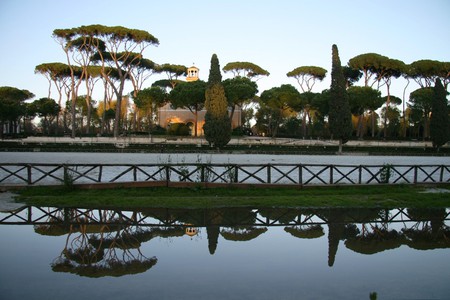 Located in the Monteverde neighborhood of Rome, Villa Doria Pamphili is the largest landscaped park in the city. Like all of Rome’s villa parks, it began as a suburban villa with garden and originally belonged to the papal Pamphili family. When the family line died out, the pope granted the property to Prince Giovanni Andrea IV Doria who had married a Pamphili daughter. The focal point of the garden is the stately Casino del Bel Respiro 17th-century villa with its surrounded landscaped parterre gardens. The large park was split in two when a thoroughfare was built for the 1960 Olympic Games in Rome but pedestrians can cross over on a raised road that was put in place for the Jubilee Year in 2000.

The oft-overlooked Botanical Garden of Rome is a wonderful natural retreat in the middle of Trastevere, overlooking the 17th-century Palazzo Corsini. The garden was established in 1883 and today contains more than 3,000 plant species, including a Japanese garden, bamboo forest and rose garden, as well as numerous greenhouses housing cacti, bonsai, orchids and other flora. Climb up to the top of the garden for spectacular views of Rome peeking out from behind the lush plants. 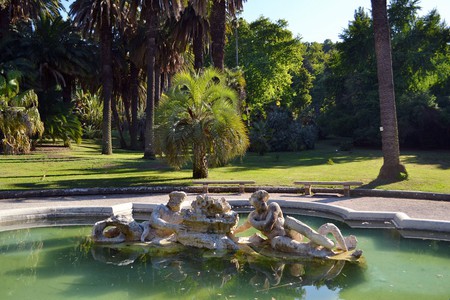 A well-kept secret in Rome, the Vatican Gardens are a delightful way to spend an afternoon, free of the crowds of St. Peter’s Basilica and the Vatican Museums. The gardens date back to 1279 when Pope Nicholas III relocated the papal residence from the Lateran Palace to the Vatican. The gardens contain multiple landscaped terraces, fountains and glimpses of Michelangelo’s dome. Note that the Vatican Gardens are only open to the public during the months of June, July and August. Another Pontifical Villa Garden worth a visit is Villa Barberini, located at the Pope’s summer residence in Castel Gandolfo, accessible by train. 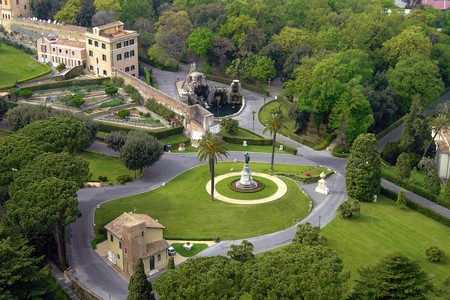 The Orange Garden located on the top of Aventine Hill is not only one of the loveliest oases in the city, it also has one of the most beautiful views over the city of Rome. This little gated garden is named for its eponymous orange trees though it has a fair number of umbrella pines framing a view onto St. Peter’s dome. The orange trees were planted as an homage to St. Domenico who founded a monastery next door, the Basilica of Saint Sabina, and is said to have planted a bitter orange tree in its garden in 1222. 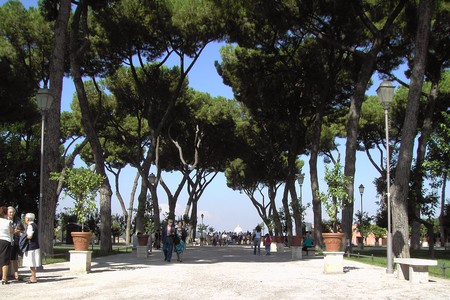 Few images are as illustrative of Rome as that of Roman pines juxtaposed with ancient aqueducts. The expansive Park of the Aqueducts in the south of the city is located near the ancient Appian Way and contains part of the Acqua Claudia, constructed between 38 -52 AD and considered one of the four great aqueducts of ancient Rome. Due to its photogenic appeal, and proximity to Rome’s Cinecittà Film studios, the park has been featured in many notable Italian films including La Dolce Vita and La Grande Bellezza. 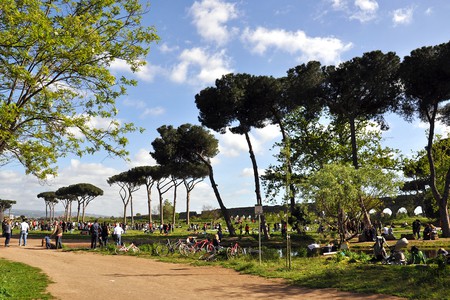