6 Artists You Need to Know From Venice 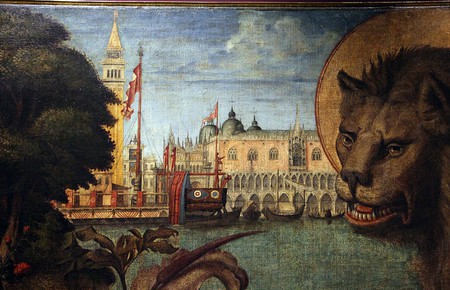 These six Renaissance painters defined Venetian art as we think of it today,and you’ll see their works all over the city. There are of course the museums and galleries, which feature a healthy selection of all of their works, but Venice also boasts many little churches with incredible works of art. Here’s a short guide for either the art lover or the casual tourist as well as directions for finding the best of their work.

Bellini was the ultimate master of glazes. His generation of artists used oil paints in an extremely slow and careful way. They would first paint the composition using grays, as if it was a black and white photograph. Then they would give color to the painting with thin layers of pigment suspended in oils, slowly deepening the colors layer by layer, like a coloring book for masochists. All this meant that his colors are so translucent that they reflect light in incredible ways. Looking at some of his paintings, you might play a little game: where in the world can I see a red, or a blue, or an orange, with a color as rich and pure as this piece of Bellini-painted drapery? You’ll never see the world the same way again. At San Zaccaria, you’ll get to see one of his most gorgeous altarpieces and at La Querini Stampalia there is this breathtaking work, The Presentation of Jesus at the Temple. 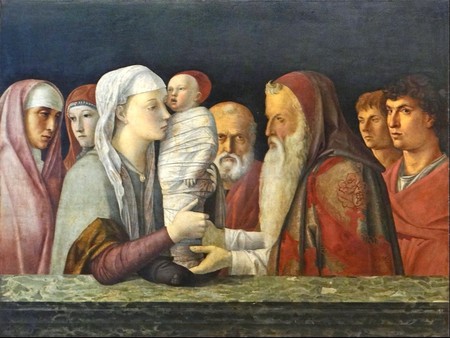 Presentation of Jesus at the Temple | dalbera/Flickr

The masterpiece of this artist can be found at San Giorgio degli Schiavoni, where a cycle of works stretch around an entire room, recounting the story of Saint George the dragon slayer. There is something lovely about Carpaccio’s work, which came at a moment in which artists were on the verge of a breakthrough with oil paint, the moment that gave us the shocking realism of Renaissance art. These are paintings in which time seems to be suspended and every church door is carefully given weight. The most incredible work is the last of the series, an everyday scene in which light enters through the window of a room where Saint Augustine and a little fluffy dog are sitting. 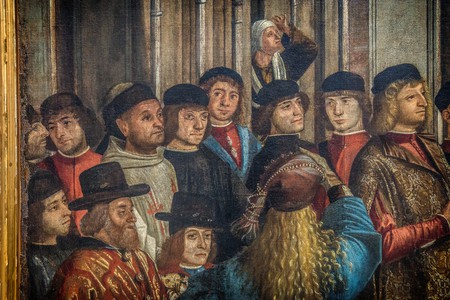 Veronese is the wittiest painter in Venetian history, making incredible scenes of feasts and parties that bring the viewer right in. Servants gossiping, rich people misbehaving, the poor begging for alms, dogs waiting for scraps under the table – not one aspect of social life escaped his sharp eye. His masterpiece hangs in the Accademia, taking up an entire wall, so it feels like you could almost step into it. It supposedly shows the feast at the house of Levy, but it was actually rejected by those who commissioned it for being too irreligious. That’s a pretty accurate accusation; Veronese didn’t seem as concerned about the next world as he was about this one, endlessly fascinating in all its little human dramas. 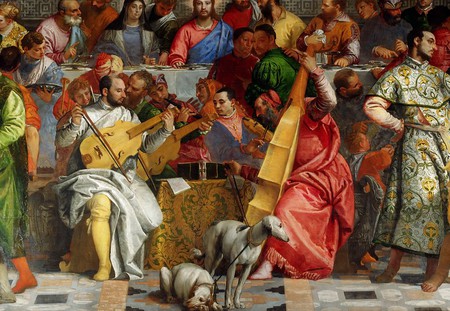 The Marriage at Cana (detail) | Web Gallery of Art/WikiCommons

One of the most mysterious works of art in the city (and there is a lot of art in the city) is La Tempesta, a painting the size of a computer screen. In a scene of total wilderness, a woman sits breastfeeding her child. On the other side, a man with a shepherd’s stick stands. This little painting has confused experts for centuries because it rejects the most basic frame through which they interpret Renaissance paintings: it seems to correspond to no specific Bible scene at all. What was Giorgione up to? Puzzle it out yourself at the Accademia di Belle Arti in Venice. 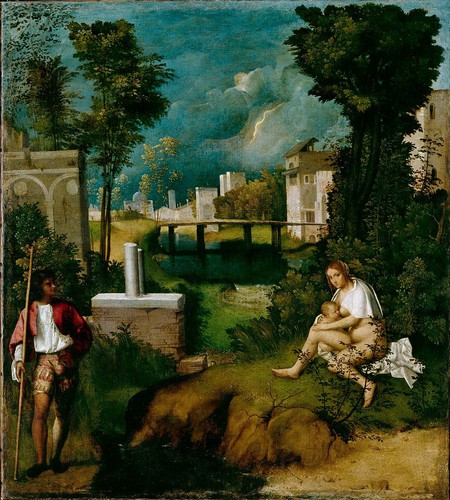 Titian was one of the biggest stars in the European art world of his day, travelling from royal court to royal court. He was famous for making these gorgeous paintings of Venus, full of the sensuous textures like lush velvet and soft flesh. In Venice, you’ll get to see another side of him, including the painting he made for his own tomb called Pieta, at the Accademia. After a lifetime of making those showy, glamorous pieces, here is a scene of total darkness lit by flickering torches. His true mastery of the medium is on display, as well as a sense of the overwhelming existential questions that linger on at the end of a life. 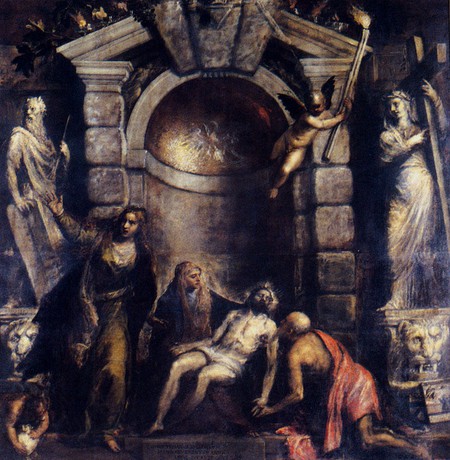 Tintoretto was above all a bold painter. He threw down colors quickly, without trying to hide his brushstrokes and loved the bold contrast of bright highlights in a scene of dark shadows. He was a master of anatomy painting and his best works show bodies twisting and bending in powerful ways, as well as his prodigious skill and passionate brushwork. At the Scuola Grande di San Rocco, you’ll see this artist’s masterpiece: a ceiling that might astound Michelangelo himself. Another set of striking paintings are in the main altar at Madonna dell’Orto, a small church in Canareggio. 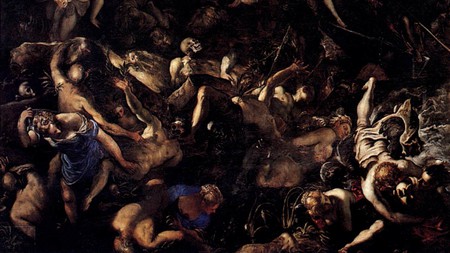