Tourist Traps in Rome That Are Truly Worth The Hype

Rome is the eternal city and everyone knows it. So, often tourists flock to the most predictable places. There are hidden gems to be found, but sometimes the crowd-ridden spots are crowded for a very good reason. Discover how to have the best experience with our guide to the tourist’s traps worth falling in to in Italy‘s capital.

This square is bursting with life boasting three fountains, two churches and seemingly hundreds of little cafes. There are vendors selling knock off bags, costumed people blowing bubbles that rise up past the roofs, and a lot of posing for photos but it seems everyone is in a good mood. Whilst it is undeniably delightful and sweet and exciting, it’s truly a tourist place, with everything catered towards appeasing English speakers and visitors from abroad. To combat this, skip the expensive restaurants surrounding the square. While there are an abundance of places to choose from that look out upon the square, the quieter surrounding streets have more authentic options, with traditional​ trattorias​ squeezing into the little alleys. 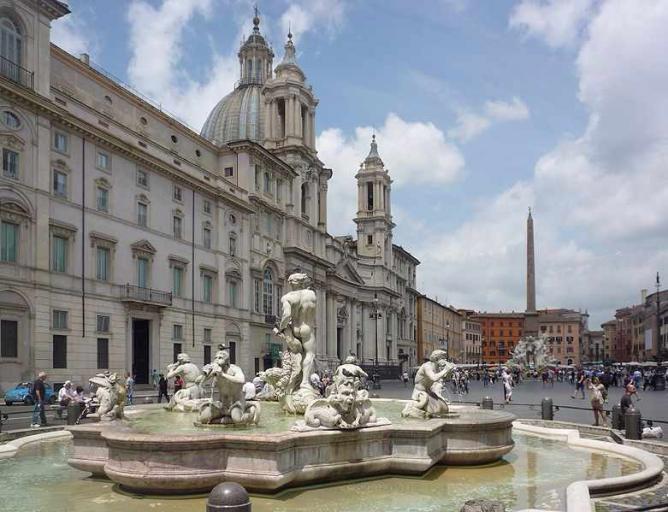 Historical Landmark
Facebook
Email
Twitter
Pinterest
Copy link
Share
Map View
The steps are in a commercial area of town and are truly swarmed in the day time. But, at night, the steps maintain their special aura of magic and romance. Come as late as you can, and the sophisticated shops will have shut and the hoards of tourists have petered out. You will be surrounded by young people drinking wine in clusters on the stairs, boys playing football in the square, and older couples strolling in the evening air. Just sit and drink it in, with plastic cups of Chianti. The rich history of the steps and the abundance of songs written about them reiterates that­ they are a magnetic tourist hotspot and definitely one worth visiting. The Spanish Steps | © Mstyslav Chernov/Wikicommons
Open In Google Maps
Piazza di Spagna, Roma, Lazio, 187, Italy
Visit Website
Give us feedback

Building, Church
Facebook
Email
Twitter
Pinterest
Copy link
Share
Map View
Originally the main temple for the pagan gods of ancient Rome, this extraordinary piece of architecture changed its purpose, as it passed from era to era. In 608 AD, the temple was given to Pope Boniface IV, from the Byzantine Emperor (Phocas). Ever since, it has been a Christian Church. But, the ancient history of this powerful building has withstood time and today, it is remembered for all of its many purposes. It has a glorious dome made of arches, with a hole in the top, ­the oculus­, letting in light from above, giving a holy glow to the entire space. The front is a row of marble columns, making an impressive and grand entrance. The Pantheon is free to enter, and thus is usually filled with visitors. But between 11am and 1pm, the sun is high in the sky and streams down, making it full of the most exquisite and soft light. The dust particles sparkle and the holiness of the site can really be felt.

The whole walk through The Vatican City will be a whirlwind of people trying to persuade you to join a tour. Whilst tours can be immensely informative and fantastic ways to view a city, sometimes the most meaningful Vatican experiences can be enjoyed alone. Wander at your own pace, spending hours in the map room and the famous Sistine Chapel. Do the Vatican your way and let yourself be surrounded by decadence and history. 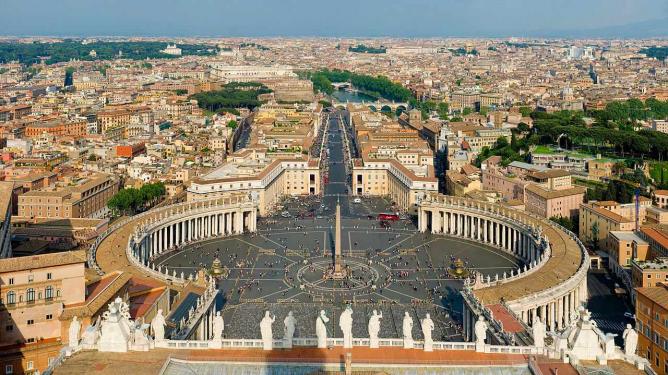 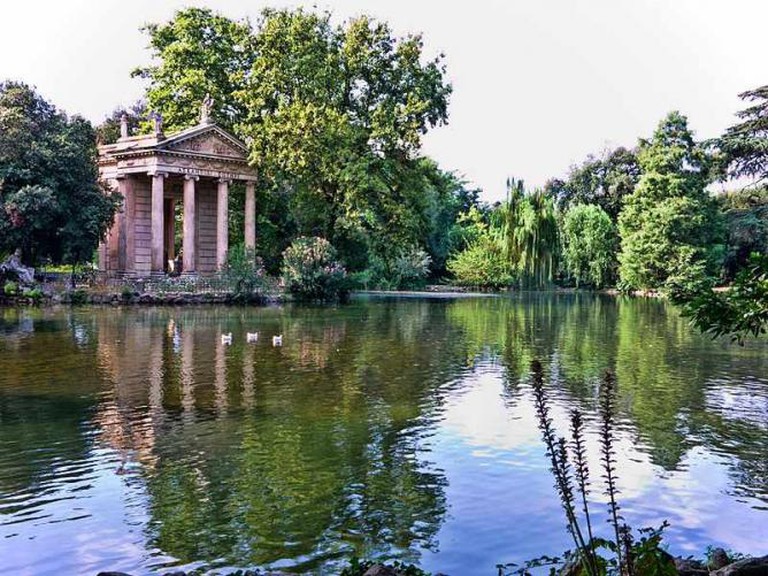 Villa Borghese Gardens | © Jean-Christiff Benoist/Wikicommons
Galleria Borghese established in 1903, is a classic collection of paintings, sculptures and antiquities. But instead of wandering, grabbing a soda in the cafe and calling it a day, focus on the grand expanse of gardens surrounding it. The gardens have an English manicured sort of beauty, but also open lawns, little hills sprinkled in dappled sunlight and a very unusual zoo. Before entering the area, grab a picnic at a nearby grocery and set yourselves up on the grass. Rome is a busy metropolis, and this kind of peaceful green space feels like such a luxury. In addition, from the gardens, you can easily cross to the Pincio and then descend the steps into the nearby Piazza del Popolo.
Open In Google Maps
Piazzale Napoleone I, Roma, Lazio, 197, Italy
+39060608
Visit Website
Give us feedback
Give us feedback