5 Reasons to Visit Rome in the Spring 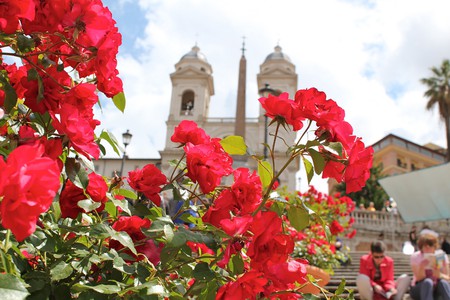 Spring is possibly the best time of year to visit the Eternal City. The weather is warm and sunny, the food is fresh and seasonal and, if you pick the right moment, travel can be cheap and the attractions quiet. Here are the top five reasons to visit Rome in primavera.

Rome sheds its cool winter chill in the spring and from March onwards the days get longer and the temperatures start to rise. Early morning and late evening can still be cool but the days are pleasant and, more importantly, gelato season kicks in once the sun begins to shine. The clear blue sky and warm light showcase Rome at its best and the temperature is ideal for exploring the streets and sights of the city. 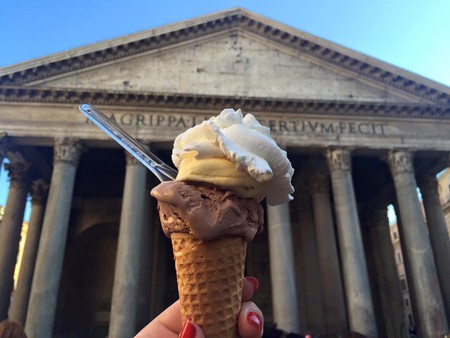 Spring is certainly one of the most picturesque seasons in Rome, as the city is coated with cascades of wisteria, the Spanish Steps are covered with their annual azaleas, and bright red poppies spring up among the ancient ruins. Visit one of Rome’s beautiful parks such as Villa Borghese or Villa Pamphili for a picnic amid the flowers, or take a trip to the Aventine Hill where the city’s gorgeous rose garden, the Roseto Comunale, is open to visitors between April and June. 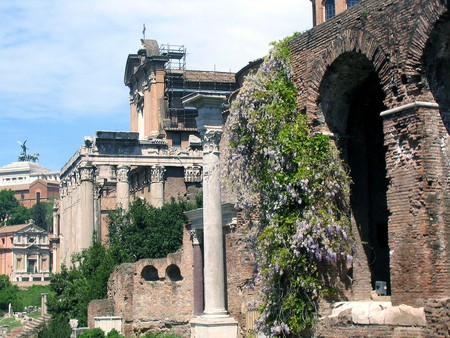 With the exception of Easter week, spring is a relatively quiet time in Rome before the summer hordes arrive. Take the opportunity to visit the city’s top sights such as the Colosseum, Forum and Vatican without too much company and enjoy wandering around town with the locals. If you can be flexible with dates look for deals on accommodation and airlines: often empty hotel rooms and aeroplane seats need to be filled last minute meaning there are some off-season bargains to be had. 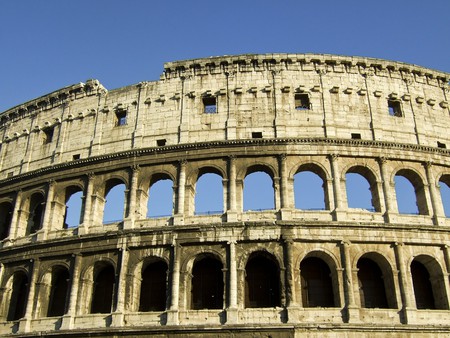 Artichoke lovers will be in heaven in spring, as the locally-grown Romanesco variety hit peak season and can be found in varying forms on almost every restaurant menu about town. Other seasonal produce such as asparagus, strawberries, fava beans and fresh peas are piled high and sold cheap at the markets. May Day is a national holiday and a traditional day for a picnic with friends, where the snack of choice is sweet, young fava beans eaten with salty Pecorino Romano cheese. Easter brings not only chocolate but also savoury breads such as pizza al formaggio (a cheese bread eaten with salami) and the sweet Easter dove cake, Colomba. For a true taste of Roman spring look out for lesser-known local specialties such as puntarelle, crisp chicory stems served with a garlicky anchovy dressing, and agretti, grass-like shoots tossed in lemon juice and olive oil. 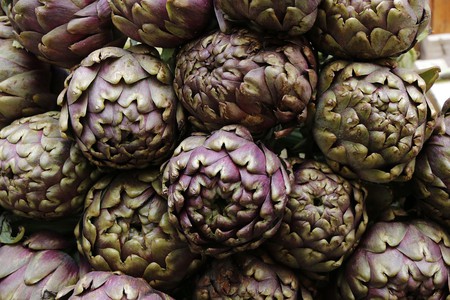 Rome begins to come out of hibernation in March and thus begins a series of events through the spring. March 15 sees a recreation of the assassination of Julius Caesar at the site of his death on the ruins of the Theatre of Pompey at Largo Argentina. Easter is a big deal in the Eternal City with the Pope undertaking the Stations of the Cross by the Colosseum on Good Friday in addition to his traditional Easter Sunday mass at the Vatican. The Natale di Roma on April 21 is probably the most important date for any true Roman, as celebrations take place to celebrate the founding of the city by Romulus in 753BC. Costumed parades, gladiator fighting and historical re-enactments take place throughout the ancient sites, all culminating with a spectacular firework display. 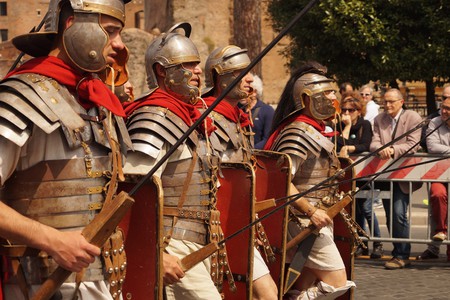