5 Italian Wine Regions You Should Know About

Wine is an integral part of Italy’s culture – gastronomically, economically, socially and otherwise. It’s no surprise, then, that the country is a top destination for wine lovers, whether they want to tour vineyards or taste some of the world’s most beloved wines. Let’s explore five of Italy’s greatest wine regions – from Piedmont to Sicily – and the best wines produced in each. 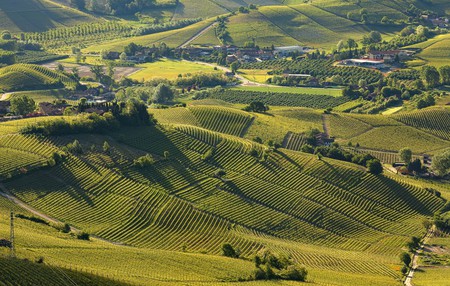 Italy’s northern Piedmont region produces some of the country’s most renowned red wines: Barolo and Barbaresco. Nestled within the Po River Valley, the region is flanked by the frosty Alps up north and is in close proximity to the balmy Mediterranean. The climate creates a characteristic fog that helps to ripen the Nebbiolo grape used in both of these wines. Nebbiolo produces light-coloured red wines that are bold and tannic and age well, becoming richer with time. Barolo, nicknamed “the King of Wines”, develops a rich perfume with touches of liquorice, rose and truffle when aged, and it pairs well with hearty fare such as red meat. Other popular grapes grown in Piedmont are Barbera and Dolcetto, both of which are considered more “everyday” wines; they should be enjoyed young and have soft tannins, making them more palatable and versatile with food pairings. Barbera produces wines with a rich, fruity flavour that retains a light mouthfeel, while Dolcetto is well balanced in terms of acidity and tannins. 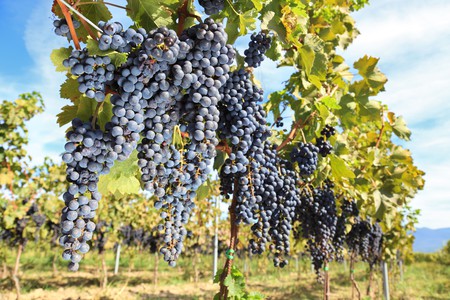 Tuscany is home to Italy’s most scenic vineyards, verdant rolling hills and likely the country’s best-known wine, chianti. It is Italy’s most ancient wine-producing region, dating back to the 8th century BC, and its wines are often blends that incorporate its native Sangiovese grapes. Sangiovese produces tannic, acidic wines that span a range of flavours depending on the local environment: from earthy to, often, fruity. Chianti is made with at least 80 percent Sangiovese, and the Chianti region itself spans a large area of Tuscany, comprising multiple towns and villages that produce the wine. Brunello di Montalcino, which is made with 100% Sangiovese grapes, is even more highly esteemed and, together with Barolo and Barbaresco, makes up the “Three Big B’s” of Italian wine.

Tuscany’s best white wine is Vernaccia di San Gimignano, made from the Vernaccia grape that produces a crisp, citrusy flavour. Of course, you can’t talk about Tuscany without mentioning its most famous dessert: twice-baked cantucci (or biscotti) dipped in Vin Santo, an ambrosial sweet wine made from Trebbiano and Malvasia grapes. 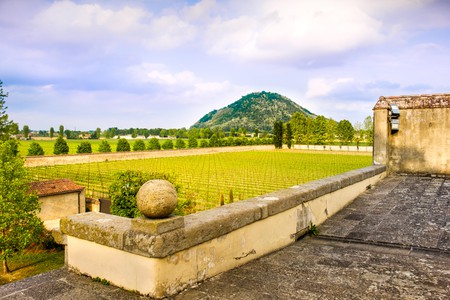 Northeastern Veneto is among Italy’s most productive wine regions, best known for producing its sparkling Prosecco wine. This white wine is produced north of Venice in a region called Valdobbiadene and is made primarily from Glera grapes, though other grape varieties can be incorporated in a small percentage. The region’s cool climate near the Alps helps grow fresh and crisp white wines such as Soave, made from Gargenega grapes. Around the warmer areas, close to the Adriatic and Lake Garda, notable red wines such as Valpolicella, Amarone and Bardolino are produced. 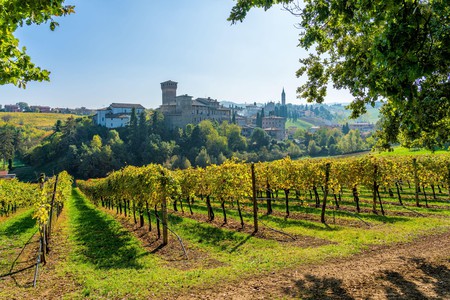 The large, fertile Emilia-Romagna region spans nearly all of central Italy, from the east to the west coast, and is one of the country’s oldest wine producing areas. It produces the renowned Lambrusco, a sparkling red wine that’s made with a grape of the same name that was first cultivated by the ancient Etruscans. It comes in varying degrees of dry versus sweet and often has high acidity and notes of berry. Interestingly, it’s often much more refined than the ultra-sweet exported versions found abroad. Regional wines pair well with traditional cuisine, and Lambrusco is an excellent match for the Emilia-Romagna’s rich dishes, such as fatty meats, creamy lasagna and cheesy tortellini, aiding in the digestion of these foods. Other dominant varieties grown in the region include Malvasia, Trebbiano, Barbera and Sangiovese. 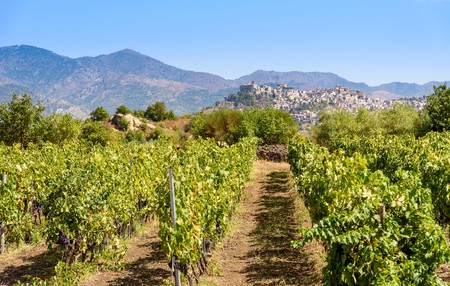 The largest island in the Mediterranean, Sicily has perfect conditions for growing wine and, in fact, is the region with the most vineyards in Italy. It’s famous for its sweet Marsala, a wine that’s fortified with brandy and often used in cooking to create rich, caramel sauces, but it can also be enjoyed as a sipping wine. Zibibbo is another aromatic sweet wine that’s produced in the Sicilian island of Pantelleria, though instead of being fortified, the grapes are left to ferment in the sun, giving it similar characteristics to Marsala, but with a lower percentage of alcohol content. In terms of drinking wines, Nero d’Avola is ubiquitous in Sicily. It’s a rich, full-bodied red wine with high acidity and robust tannins. The more mild wines produced around Mount Etna are becoming increasingly popular, made from grapes such as Nerello, Frappato and Catarratto.