5 Excellent Reasons to Visit Rome in the Winter 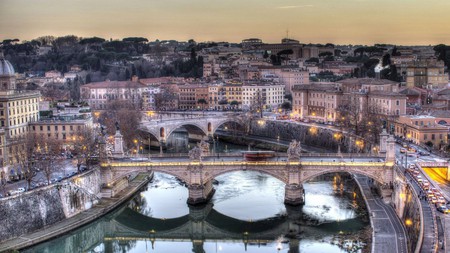 Thoughts of long, sunny days, endless gelato and picturesque pavement cafés inspire most people to flock to the Italian capital during the scorching summer months. However, low-season also has much to offer, with empty museums, great seasonal food and plenty of bargains to be had. Here are the top five reasons to wrap up warm and roam the streets of Rome in winter.

From spring to autumn the streets of Rome’s historic center are overrun with tourists, making sightseeing a long, exasperating chore in the boiling heat. Museums are packed shoulder-to-shoulder and there are long lines to enter. Come winter, with the exception of Christmas and New Year, the crowds dwindle and the city becomes a much more intimate and pleasurable experience. Walk straight into the big sites, such as the Vatican and Colosseum, without queuing and enjoy having the place (almost) to yourself. 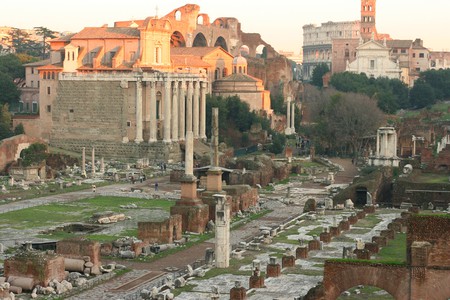 Summer in Rome can be unpleasantly hot and humid but, while the temperatures dip in January and February, the sun is often shining, bathing the city in a beautiful winter light. For the best views, layer-up and head to one of Rome’s panoramic viewpoints, such as the Pincio Terrace or the Gianicolo Hill, to see the Eternal City in all its glory. On cold or rainy days there are plenty of options for keeping warm and dry, with endless fascinating museums and spectacular churches waiting to be discovered.

Winter in Rome is all about comfort food. Cozy up in one of the city’s inviting trattorias for a long, lazy lunch, stop in a café for a warming hot chocolate, or devour a cone of hot roasted chestnuts as you stroll about the picturesque streets. There are also plenty of enticing wine bars where a couple of glasses of red will help thaw out cold bones. February sees the city gear up for Carnevale, with special sweet treats such as castagnole (fried dough balls often filled with cream custard) and frappe (thin pastry sheets dusted with icing sugar) popping up in pastry shops. Don’t miss the chance to eat artichoke, a seasonal specialty, served either Roman-style (braised with garlic, parsley and mint) or alla giudìa (deep-fried). 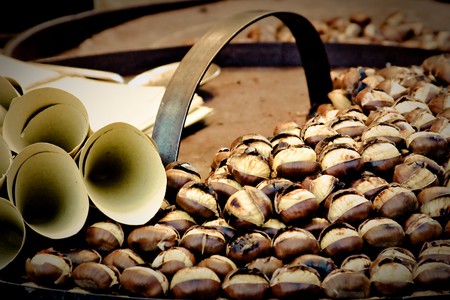 Treat yourself to some warm, roasted chestnuts while roaming the picturesque streets of Rome | © barricade/Flickr

Wintertime also means great deals on accommodation and airfares, as hotels and airlines look to fill otherwise empty rooms and seats. Prices plunge in low-season so look out for midweek specials and last-minute offers. Always wanted to fly business class or stay in a luxury hotel? This could be the perfect opportunity. Early January also sees the start of the sales in Rome, making it the ideal time to pick up a bargain. Take a trip to the exclusive Via dei Condotti, where the high-class designer stores slash prices in preparation for the spring season.

It rarely snows in Rome, so even the lightest sprinkling of flakes can cause excitement in both tourists and locals. The past few years have seen several flurries descend upon the city, creating a truly magical atmosphere – not to mention some unique photo opportunities. Head to the Pantheon where the oculus in the dome is open to the elements, allowing the snowflakes to cascade through the center of the building. 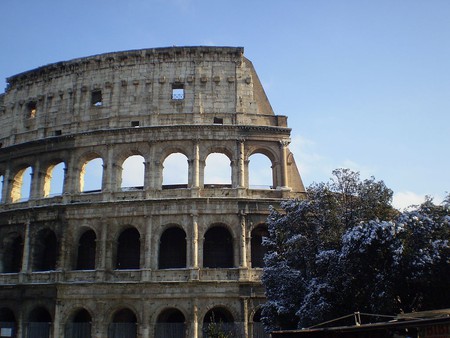 Snow at the Colosseum | © barbaking/WikiCommons
Give us feedback