5 Classic Christmas Movies from Italy to Watch This Festive Season 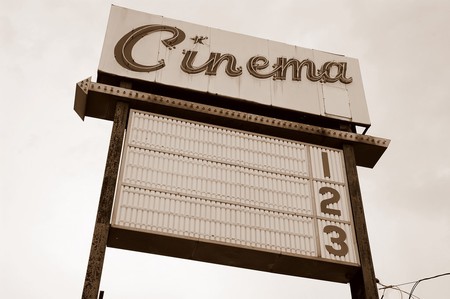 It’s Christmastime, so it’s that time of the year when everyone wants to watch the most famous and festive seasonal movies. The films below are the top five Italian movies to watch during the Christmas holiday with your family. Prepare a hot chocolate, take a warm blanket and get ready to laugh a lot.

Also known as Troublemakers, Botte di Natale is a spaghetti western comedy film released in 1994. It is the last movie featuring the famous hilarious Italian duo, Bud Spencer and Terence Hill. Located in a western location, under the snow, the movie is about two brothers, Travis, the fastest gun in the West, and Moses, a big, tough bounty hunter, who are not in good relationships. One day, Travis receives a letter from his mother who asks him to find his brother Moses and come back home for a family reunion for Christmas. The two brothers attempt to patch up their differences in accordance with their mother’s desire to have a united, lovely family. This is a must-see movie for veteran fans of spaghetti westerns.

Parenti Serpenti is an Italian black comedy film written and directed by one of the greatest directors of the country, Mario Monicelli. For this movie, he won the Italian film critics Silver Ribbon for Best Costumes. The plot is very simple: an old married couple invites their children and grandchildren to their home in Sulmona, a village in Abruzzo, to celebrate the Christmas holiday together. The crucial moment of the movie is when the grandmother asks to her sons to decide who among them will take her and her husband to live with them, now that they are getting old, but no one wants this responsibility!

Vacanze di Natale is one of the most famous Italian Christmas comedies of all the time, directed by Carlo Vanzina and featuring Christian De Sica, the son of the famous Vittorio De Sica. Two very different families collide in Cortina d’Ampezzo, one of the most charming winter destinations of Italy. The first family is rich and elegant; the other is trashy and rough. The stories of the members of the families are linked throughout the movie and give rise to funny misunderstandings and adventures. Spoiler alert: the movie ends with a scene of the families reunited in Sardinia the next summer, and other hilarious moments take place.

Benvenuti in casa Gori is a 1990 comedy-drama movie directed by Alessandro Benvenuti. It is based on a previous comedy play of the same name, by Ugo Chiti and Alessandro Benvenuti. The film is set in a house in Tuscany during Christmastime and has an ironic frame. At the time of the debut, the movie was not acclaimed by the critics, but a few years later, it was appreciated. The film, which is divided into five episodes, also has a sequel, Return to Home Gori.

This 1989 movie directed by Neri Parenti is one of the most successful Italian films. The main character is played by the great Paolo Villaggio, one of the most famous actors of the country. The movie talks about a man who wants to kill himself because he’s unhappy, but when he starts to drink a cocktail of drugs, he finds out he has a winning lottery ticket. When he comes home after recovering in a hospital, he can’t find the ticket. So he tries to commit suicide again, but a lot of hilarious adventures happen.