Beautiful Hikes to Take in the Cinque Terre 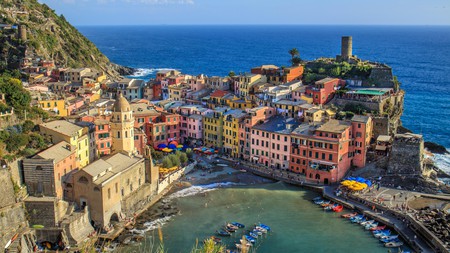 You have probably heard of the Cinque Terre, a string of five towns that hug the Mediterranean coastline just north of Tuscany. What you may not know is that, despite being so close to the sea, the real attraction here is not the beaches, but the hiking trails. Here’s what you need to know.

From the popular Blue Path to the less travelled Sanctuary Trail, there is more than 160km (100mi) of walking paths here. They are referred to by names, numbers and the towns they link. Maps with trail details and names and numbers are available at train stations, newsstands and tourist kiosks.

Before you go, check that the trail you have chosen is open by visiting the official Cinque Terre Park website. Trails are sometimes closed due to storm damage and maintenance. While most of the trails are free, for the Blue Trail (Sentiero Azzurro) and the Via d’Amore (Path of Love) there is an entrance fee, which you can pay for individually or purchase the all-inclusive Cinque Terre Card which also includes train and bus travel between the five villages and guided walks and tours. Plan your hikes for the early morning to avoid the heat and the crowds, and make sure you have sturdy shoes and plenty of water with you. Here are five beautiful hikes to take in the Cinque Terre.

This trail is also known as #2, and features on Culture Trip’s 10-day small-group northern Italy adventure. It is the most popular route in the Cinque Terre and connects all five towns in four different sections. There’s an entrance fee, which is included if you buy a Cinque Terre Card, and the path is roughly 12km (7.5mi) long. 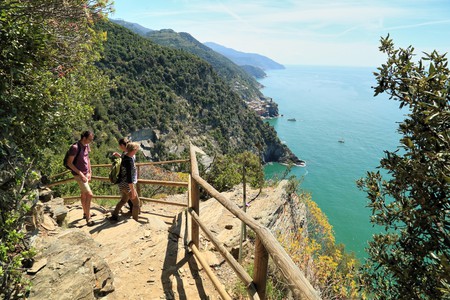 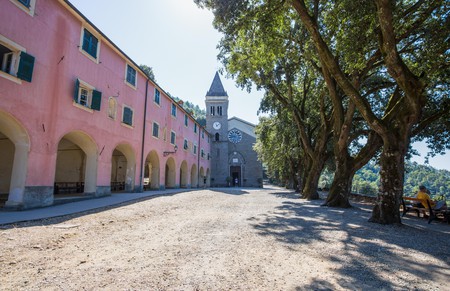 This popular route begins and ends just beyond the boundaries of the Cinque Terre, going from Levanto to Portovenere. Comprising about 40km (25mi), the easiest section of this trail is from Portovenere to Colle del Telegrafo, which is about 8km (5mi). Plan on leaving at least three to four hours for the hike, as the views from this hill are great. You will be able to spot the island of Palmaria in the distance in the Bay of La Spezia. 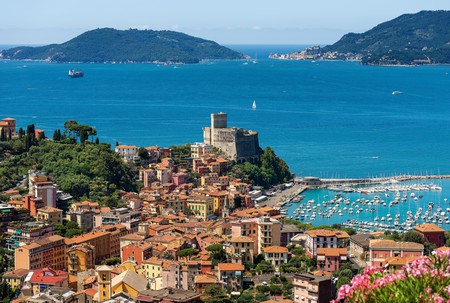 This is one of the most challenging trails in the Cinque Terre, so only embark on this if you are an experienced hiker with the proper shoes and are prepared to climb about 600 stone steps. Linking Riomaggiore to Manarola, this was the only route between these towns before the Via Dell’Amore was constructed in the early 1900s. For the wine lover, you can see the incredible almost vertical vineyards close up with this hike.

If the allure of the water is too much for you, then there is also a ‘trail’ in the sea. From Vernazza to Riomaggiore, there are buoys that mark an area safe from boats to swim along the coast. You will swim through small rock channels, spot sea birds, incredible coral and will also be able to see the villages from a unique perspective. 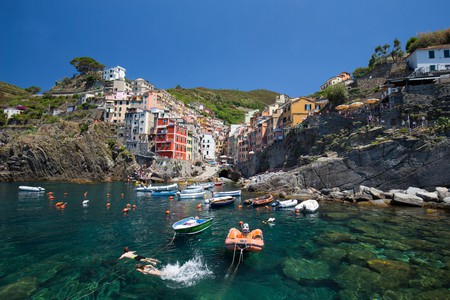