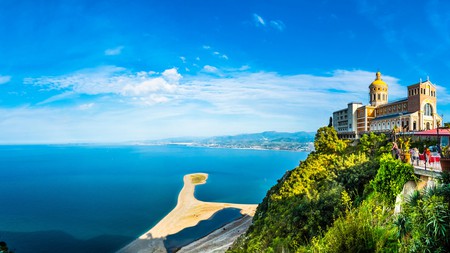 Sicily is a special place. The island is only a few miles off the western coastline of southern Italy and the largest in the Mediterranean Sea, but feels like almost a completely different country from the mainland. Influences from the ancient Greeks, Romans and Arab traders have created a culture and environment that is endlessly fascinating. Start your trip planning with these 20 must-visit attractions in Sicily.

Want to visit Sicily? Book Culture Trip’s 10-day adventure where you’ll be able to bounce along Mount Etna in a 4×4, eat local cuisine and be guided through the ancient towns of Noto, Ragusa and Modica by our local insider. 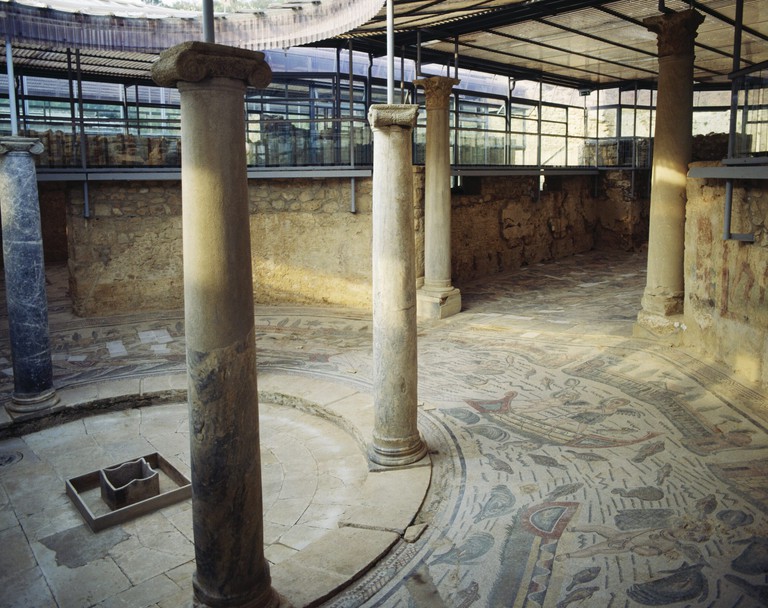 © DEA / ARCHIVIO J. LANGE / Getty Images
Just outside of the town of Piazza Armerina is an impressive Roman-era villa that houses some of the most important and intricate mosaics in the country. There’s so much more than the famous Bikini Girls, with floors that depict sea life and the many different foods served at a Roman feast. 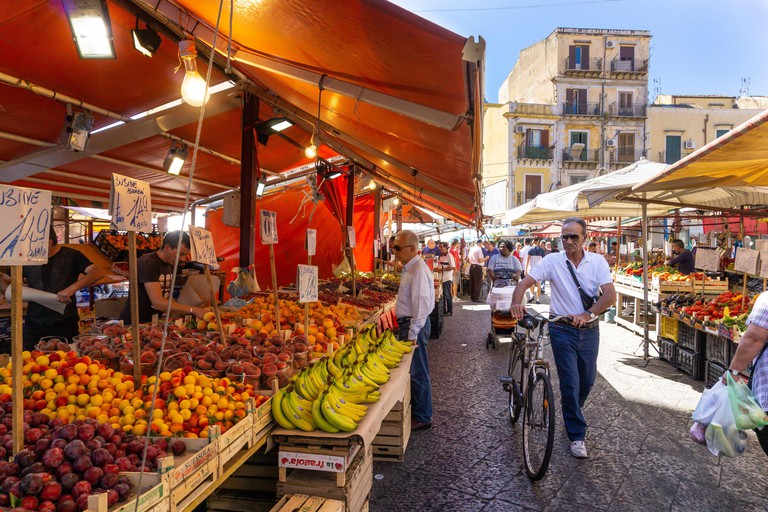 This open-air market in the city of Palermo is a chaotic feast for the adventurous traveller. Located in the Norman quarter of the city near the train station, the market stalls are stacked with freshly caught fish and colourful produce. The sellers will shout and sing at passers-by to lure them to their wares. Try a snack like Panelle, made from freshly fried chickpea flour or Sfincione, a thick-crusted pizza slice. 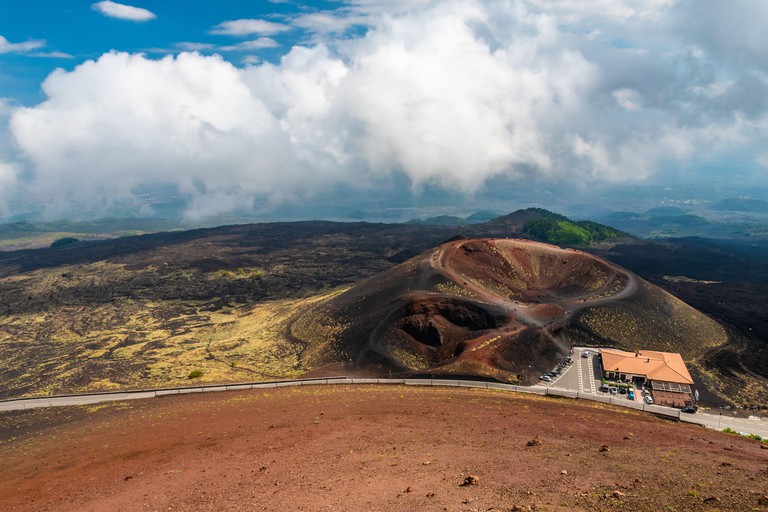 This iconic symbol of Sicily is one of three active volcanoes in Italy. The imposing mountain was once thought to be the home of Cyclops by the ancient Greeks. Take the approach up the mountain through barren lava fields and, at the top, you will find souvenir shops and trucks selling honey with free samples. Find a deep crater where the kids can slide or, if you are visiting in the winter months, you can ski down the slopes. 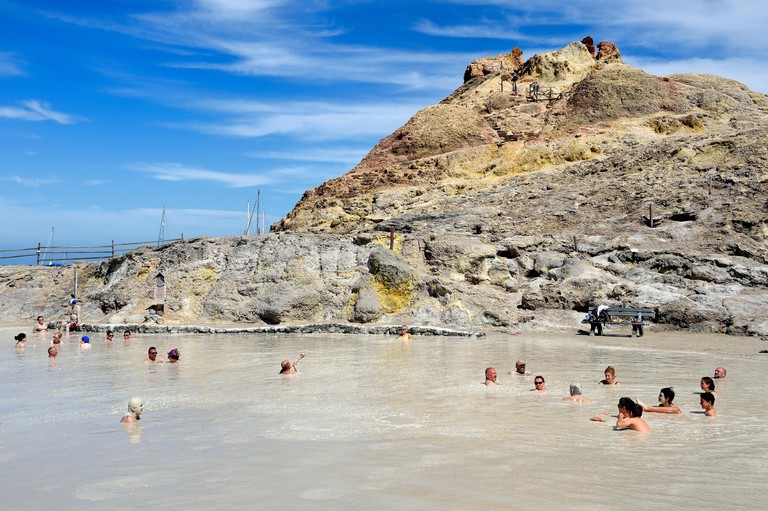 © Hemis / Alamy Stock Photo
Despite seeming like the ugly stepsister of the Aeolian Islands, Vulcano is worth a visit for the healing, sulphur-rich mud baths. The pools near the sea bubble from below with volcanic gases to create a unique and pungent beauty treatment experience. One word of advice: bring an old bathing suit or buy an inexpensive one from one of the stalls nearby. 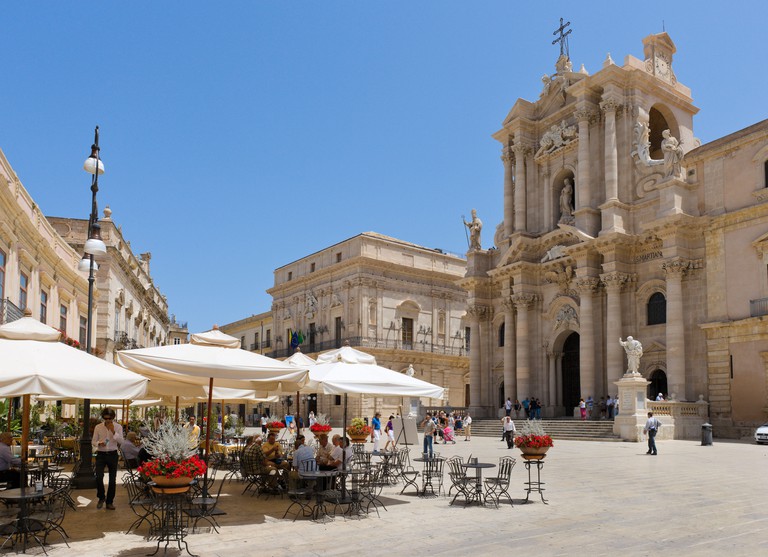 This tiny island is attached to the city of Siracusa by two bridges and is almost like a separate world, despite it being so close to mainland Sicily. Ortigia is also called the Città Vecchia (Old City) and is home to historic sites like the Fountain of Arethusa, described centuries ago by the poet Virgil, and also the Duomo di Siracusa, which has ancient roots and a Sicilian Baroque facade. A few narrow streets away, visit the church Santa Lucia alla Badia to see one of Caravaggio’s last works. 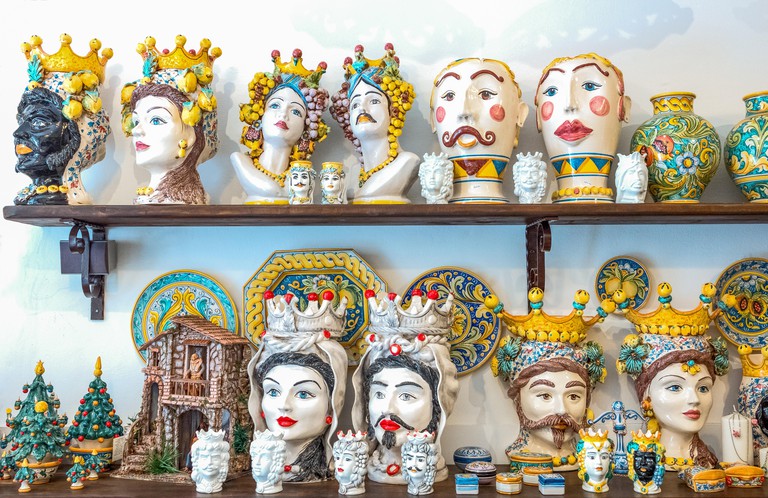 This colourful town in southern Sicily is home to an impressive number of ceramic artists. The highlight of a visit here is the decorated Santa Maria del Monte staircase, where each of the 142 steps is inlaid with a different ceramic design. Visit the Regional Museum of Ceramics to deepen your knowledge of the history of ceramics in Sicily. 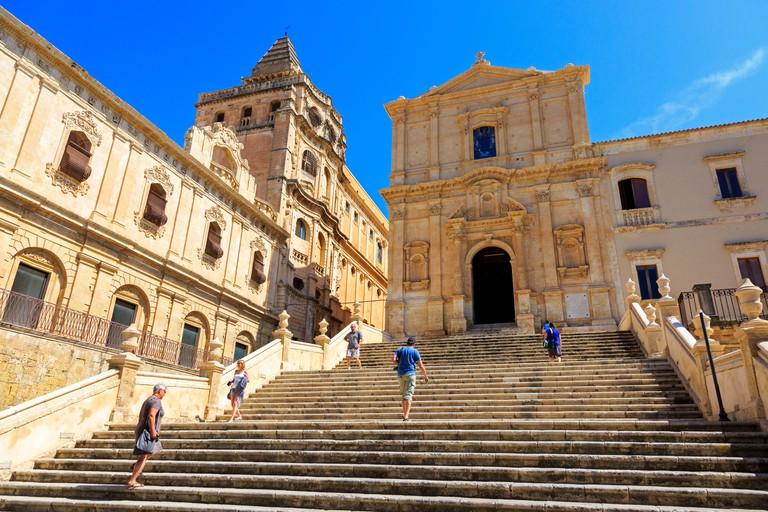 Eight towns in the southeastern corner of Sicily make up a Unesco-protected area that highlights the particular elaborate style of architecture known as Sicilian Baroque. After a catastrophic earthquake in the 16th century erased existing towns and villages, new cities were created. Visit the largest modern fresco painted in the 1990s in the restored cupola of San Nicolò, in Noto. In Scicli, find the crumbling Palazzo Beneventano, and climb the Via Scale to the upper part of the town for a view of the ochre jumble below. 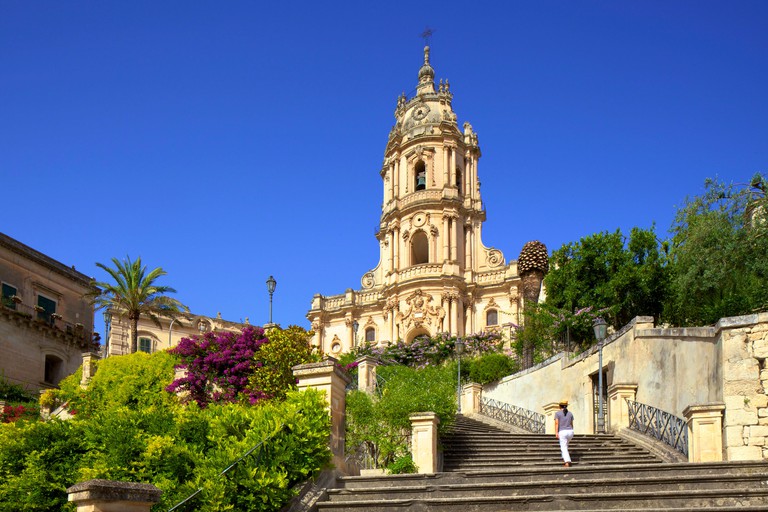 © Jon Arnold Images Ltd / Alamy Stock Photo
The flight of 250 stairs in front of the main church in the Baroque town of Modica are as much of an architectural feat as the church itself. Inside, there are five separate naves and dozens of Corinthian-topped columns, as well as paintings and sculptures by some of Sicily’s finest artists. Make note of the sundial inside that marks noon with a ray of sunlight. 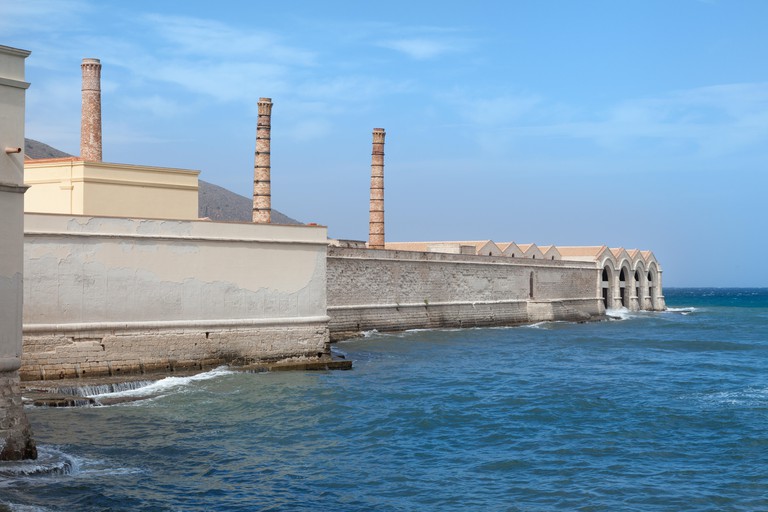 The island of Favignana, in the Egadi archipelago, was once a centre of the tuna fishing industry. This former factory owned by the Florio family pioneered the practice of canned tuna and, today, serves as a museum to this important part of local history. 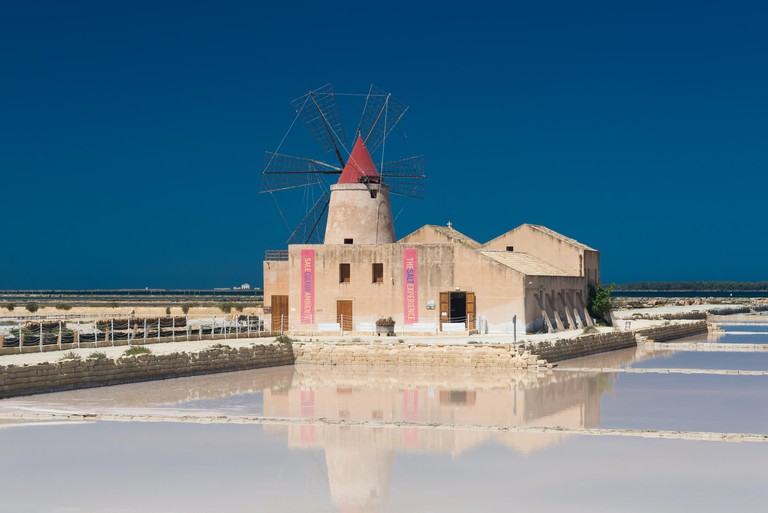 On the western coast of Sicily, between the towns of Trapani and Marsala, are the fascinating and photogenic salt pans. Like the Phoenicians centuries before, the people of this part of Sicily used the natural conditions of African coastal winds and still shallow seawater to harvest pounds of salt. The area near Stagnone is particularly pretty with characteristic windmills. 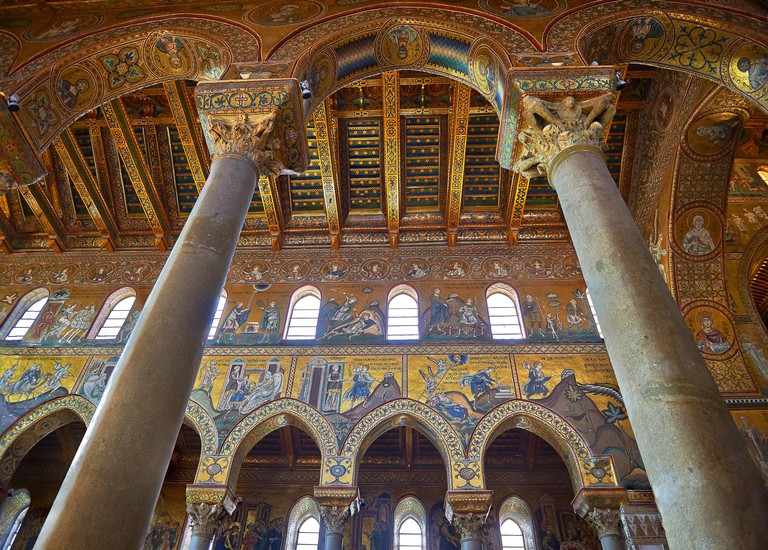 The star of this hilltop town a short distance from Palermo is the Duomo, or cathedral. The church stands out as an exceptional example of Norman-Byzantine architecture and is part of a clutch of nine churches that have a Unesco world heritage site designation. Incorporating elements from Arab, Norman, Byzantine and Renaissance architecture, the mosaics inside astound and the cloisters comprised of more than 100 decorated marble columns are a wonder. 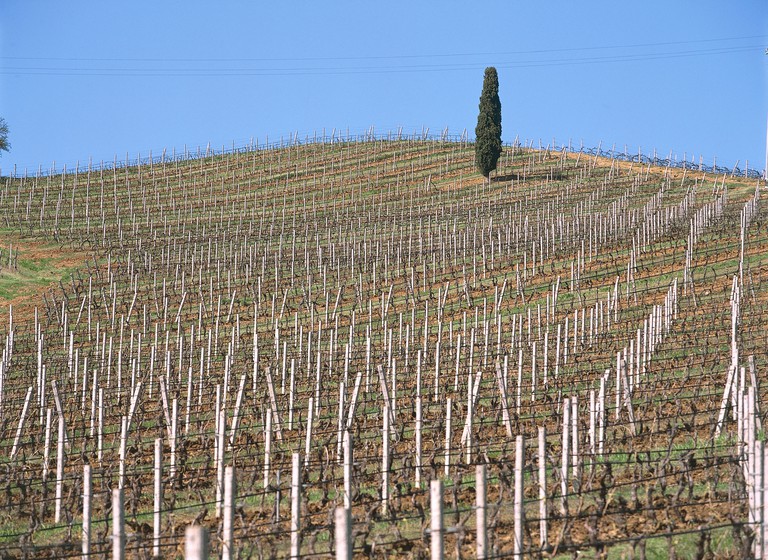 The aristocratic family behind the Tasca d’Almerita label has been in the winemaking business for more than 100 years and is the largest producer in Italy. You can stay at the Malvasia growing estate on the enchanting island of Salina and organize a tasting, or a leisurely gourmet meal, at the Regaleali Estate. 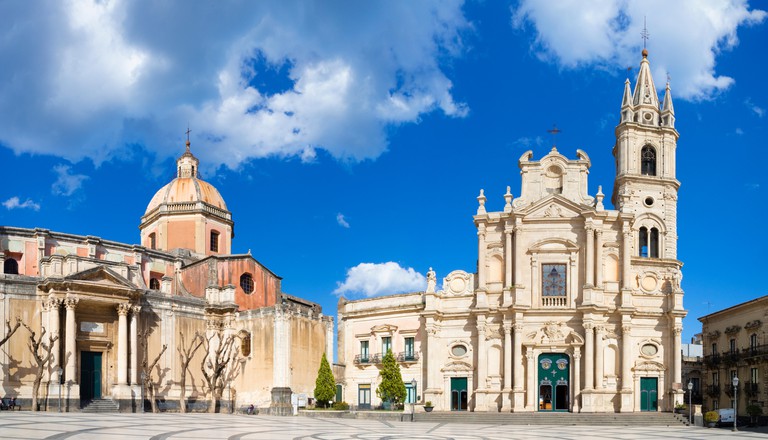 This coastal city in the southwestern part of the island sits at the feet of Mount Etna and is full of charm. With churches and palazzo for the architecture hunter and beaches for the sun lover, there are quirky museum collections like Collezione di Pupi Siciliani and the Historical Uniforms Museum. Relax in the central Piazza del Duomo with a coffee or gelato, or soak in one of the mineral-rich thermal baths. 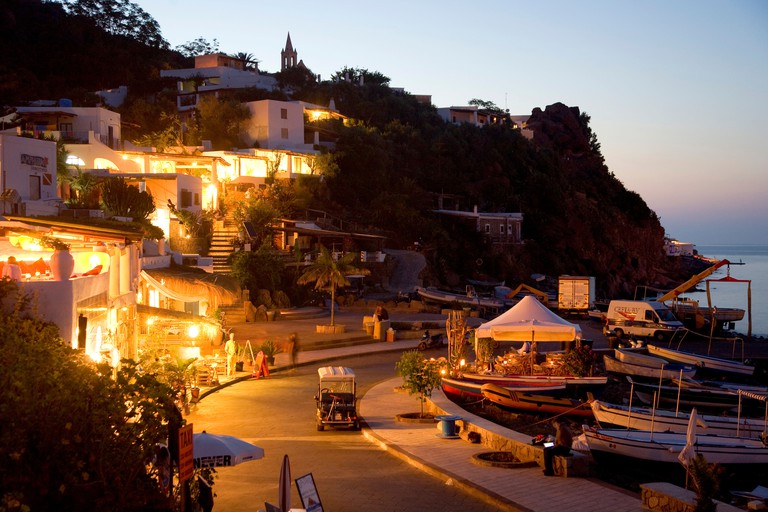 The aloof and exclusive island of Panarea is a jet-setter destination and, in the high summer months, the superyachts pull in. Stay up well past your bedtime at the world-famous nightclub in the Hotel Raya. A DJ spins while patrons dance the night away on an outside terrace overlooking the sea and watch the intermittent volcanic fireworks from nearby Stromboli. 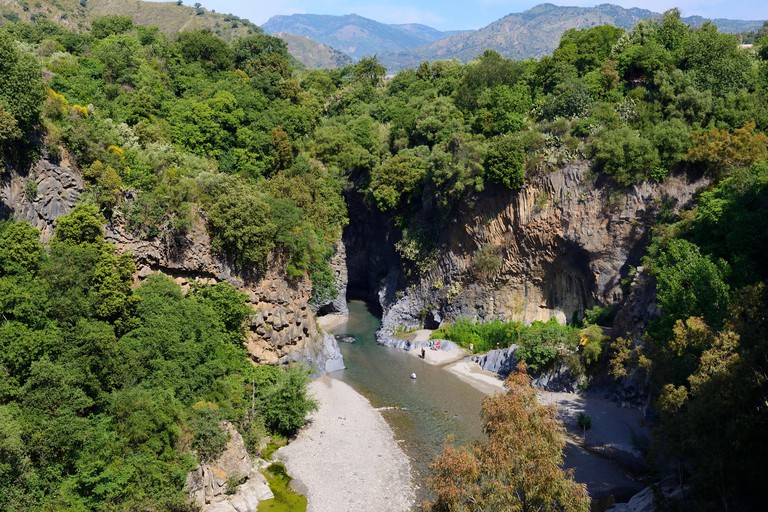 This dramatic natural wonder astounds visitors to Sicily. Found in a pristine natural park close to Taormina, the 46m (150ft) gorge flows with cold, clean water from the Alcàntara river. There is an elevator or you can take the stairs down to a small beach and swim in the refreshing water. Hike one of the trails to get a great view down into the massive rock formation. For the adventure seekers, there is body rafting in the rapids. 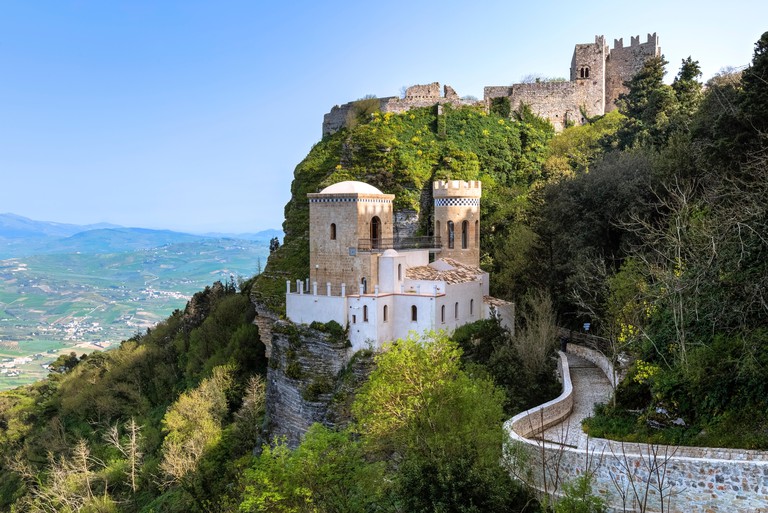 This scenic walled city that sits high above the port of Trapani was once the centre of the cult dedicated to the goddess of love, Venus. The narrow cobblestone alleys and the sweeping panoramas over the sea are a photographer’s dream come true. There is a castle to visit and don’t miss a taste of the famous sweet pastries. 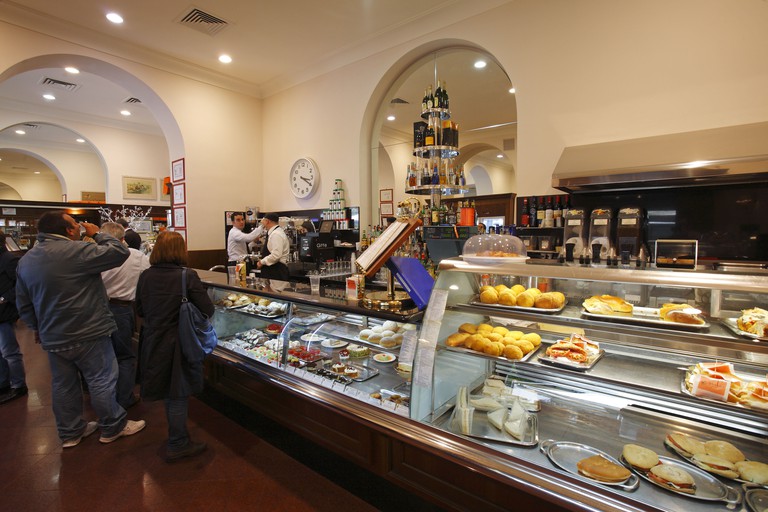 Sicily is world-renowned for sweet treats; cannoli, granita, marzipan and cassata are just the start of your sugar-binge opportunities. The historic Antica Caffe Spinnato in Palermo is where the locals go for a strong cup of coffee and a bite of something sweet. 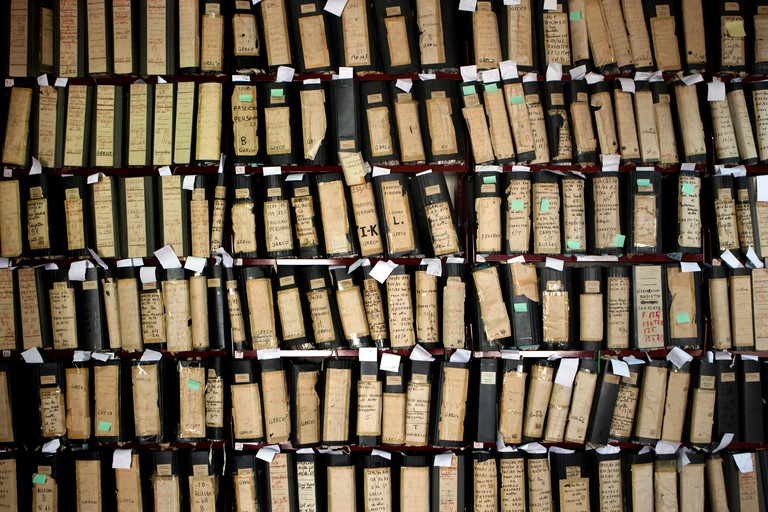 The long reach of organised crime throughout Sicily cannot be ignored, and a visit to the town of Corleone and its museum will clarify the depth of the problems – as well as the valiant efforts to resolve them. The Centro Internazionale Di Documentazione sulla Mafia e Movimento Antimafia is dedicated to telling the stories of victims of violence and the history of criminality beyond the Hollywood stereotypes. English guides are available and visits must be booked in advance. 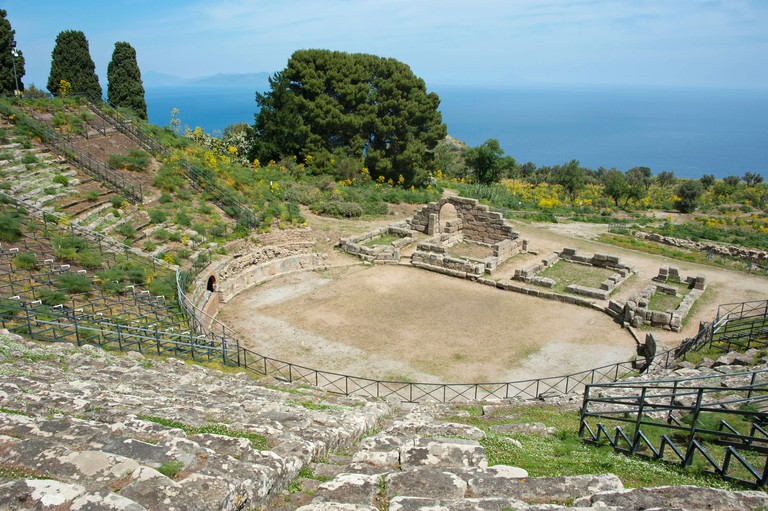 This sweet little town in northeastern Sicily is home to a much-revered icon of the Black Madonna. You can see her in the modern church and sanctuary on the top of a hill above Tindari. Other important sites to not miss here are a 4th-century Greek theatre and the interesting sand formation at Marinello Beach.