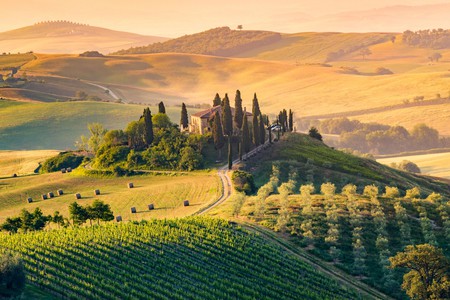 Tuscany is one of the most charming, romantic and beautiful regions of Italy, filled with historic cities and beautiful natural landscapes, from spectacular mountains to beaches.

Tuscany is the kind of place where anyone who’s been there sighs wistfully after uttering the name. It is the embodiment of Italy’s la dolce vita lifestyle, with a diverse and stunning natural landscape encompassing the rolling lush greens of Chianti’s olive groves and vineyards, the imposing and rugged Apennine Mountains and the Tyrrhenian sea, which laps against the unspoilt beaches on the island of Elba. Not to mention its regional capital Florence, which is an open-air art gallery, boasting some of the world’s most recognisable Renaissance art and architecture. Here are the must-visit attractions in Tuscany, Italy.

Want to let someone else handle the details? You can now travel with Culture Trip to Tuscany and many other destinations. We’ve crafted the perfect itinerary to ensure you see the very best of the region and get to take part in culturally rich experiences other tourists miss.

Marvel at the Florence Duomo 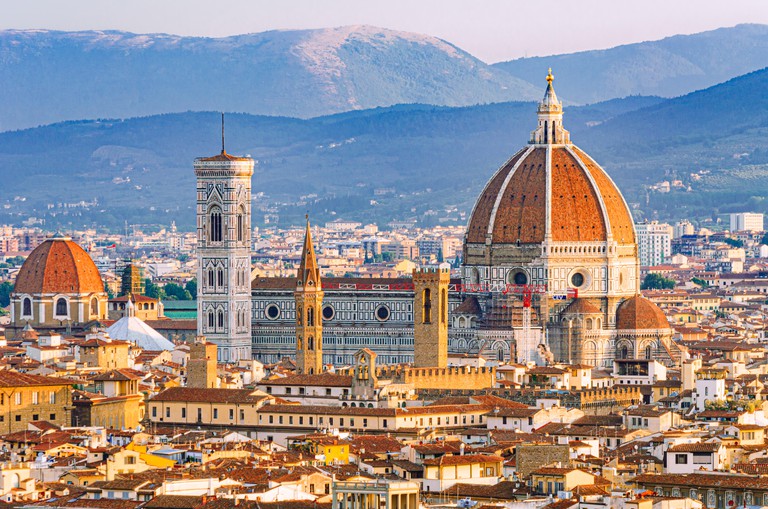 © Jakobusvide / Alamy Stock Photo
The gigantic, marble-fronted Cattedrale di Santa Maria del Fiore, first built in 1296, is the fourth-biggest cathedral in the world and easily one of the most famous. The complex contains three buildings – the cathedral, the Baptistery and Giotto’s Campanile – which form a major part of the Unesco World Heritage Site in the centre of Florence. Head inside to take a break from the Tuscan sun and to admire the patterned, marbled floor – which looks like a mosaiced, stone carpet.

See world-famous art at the Uffizi

Museum, Art Gallery
Facebook
Email
Twitter
Pinterest
Copy link
Share
One of the big hitters of the gallery world, the Uffizi is located in central Florence on the picture-postcard banks of the River Arno. It features the most priceless artworks by the greats of the Italian Renaissance and beyond: Botticelli, Raffaello, Giotto, Cimabue, Michelangelo, Leonardo da Vinci. It’s an experience from start to finish, from joining the queue to finding the entrance and procuring a ticket – before you even try to navigate the vast collection inside. But when you’re face to face with Boticelli’s Birth of Venus, you’ll remember why you made the effort. 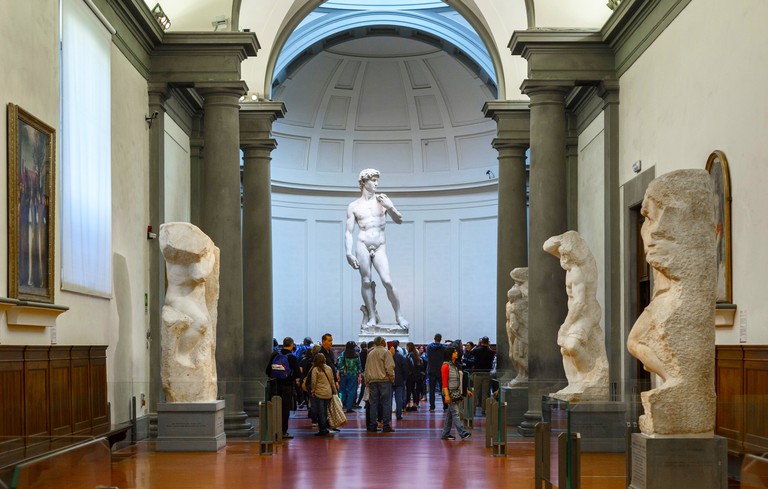 Some bloke called David is on constant display here (he sounds like a bit of an exhibitionist). Aside from Michelangelo’s most famous creation, you will be treated to a rich treasure trove of sculptures in this much-visited gallery space, with seven other works by Michelangelo but also the Madonna with Child by Sandro Botticelli, Domenico Ghirlandaio’s Saint Stephen and a series of Russian icons. Top tip: if you don’t make it to the Accademia, there’s an exact copy of Michelangelo’s statue of David next to Palazzo Vecchio in Florence’s main square, Piazza della Signoria.

Resist taking silly photos at the Leaning Tower of Pisa 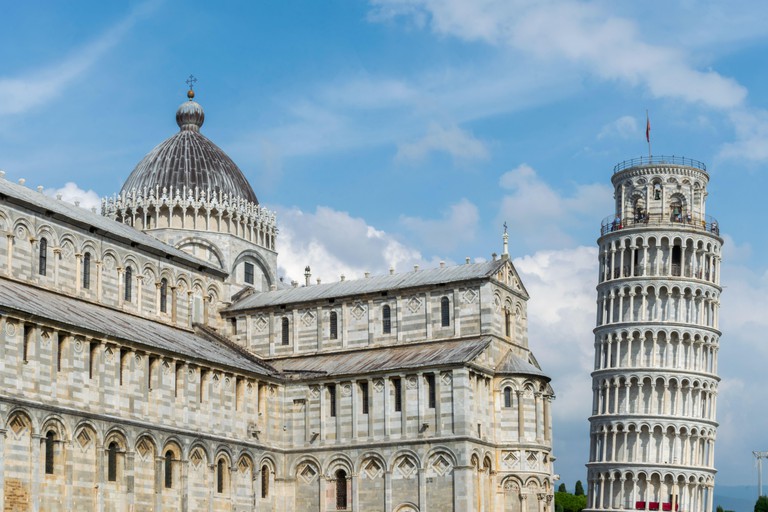 © Felix Andries / Alamy Stock Photo
Promise us one thing: if you go to Pisa’s Leaning Tower, don’t do that perspective shot where it looks as if you’re holding it up. A bell tower gone a bit askew, this is one of the most famous sites in all of Italy, and all because it was originally built on dodgy foundations. Climb the tower’s 300 spiralling steps for some slanted views of the city and head to one of the surrounding piazza’s pizzerias afterwards, for lunch with an iconic view.

Have a cappuccino on the Piazza del Campo, Siena

Building
Facebook
Email
Twitter
Pinterest
Copy link
Share
Regarded, quite rightly, as one of Europe’s best-preserved medieval squares, Piazza del Campo is the main public space of the historic centre of Siena. The piazza was originally built as a diplomatic exercise, to appease all the governments that were coming together to make the new city. Even now it is the centre of the community, with the square still hosting major events such as the Palio horse race, Carnival in February, and many evening activities in the summer.

Natural Feature
Facebook
Email
Twitter
Pinterest
Copy link
Share
This Unesco-protected valley extends from the hills south of Siena to the Monte Amiata lava dome in the south of Tuscany. An agricultural stronghold, Val d’Orcia has a distinctive landscape that stars on many Tuscan postcards: lush, lightly undulating hills dotted with cypress trees and carpeted in vineyards, olive groves and farmland. It’s long inspired artists, some of whom live in the historic town of Pienza – Val d’Orcia’s poster child. Hire a car and take your time road tripping around the region.

Get active on Elba island 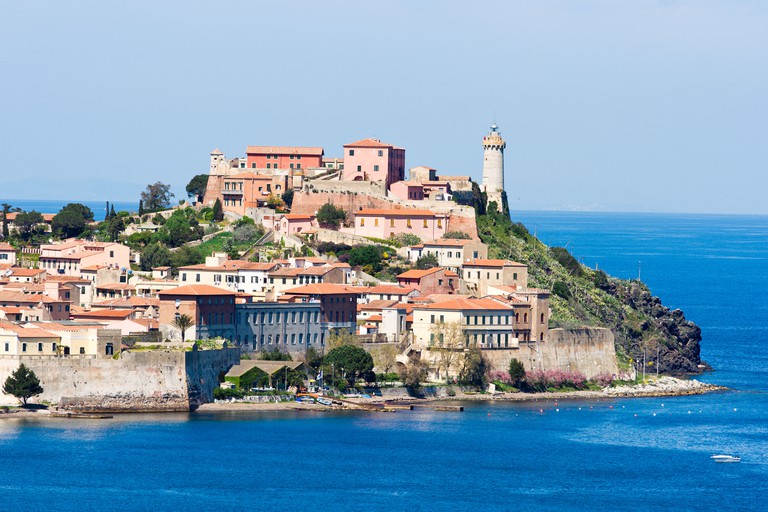 © Luciano Mortula / Alamy Stock Photo
Don’t tell anyone else about this island – we don’t want it getting too crowded. A favourite getaway among mainland Tuscans, make sure you come here in spring or autumn if you’re a big fan of seclusion. One of Napoleon’s places of exile, it has excellent seafood, pristine waters and a varied terrain that lends itself to hiking, biking, kayaking, diving and trekking. Make sure you visit the little aquarium, too.

Natural Feature
Facebook
Email
Twitter
Pinterest
Copy link
Share
For an even more under-the-radar island than Elba, look no further than Giglio. Around 17.7km (11mi) from the Argentario cape, this is 21sqkm (13sqmi) of unadulterated, old-time Italy surrounded by the mirror-like Tyrrhenian sea – paradise for scuba divers or snorkelers. Self-sufficient and beautifully preserved, you’re guaranteed a calm, authentic stay here, whether you go for the bustle of the town or the seclusion of the hills and beaches. 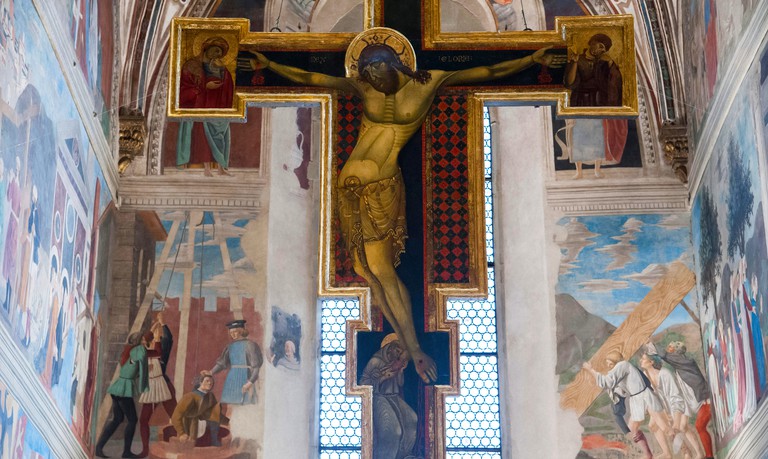 One of the most admired masters of the early Italian Renaissance, Piero della Francesca’s frescoes are a must-see for any arty visitor to Arezzo, a rural hilltop city in eastern Tuscany. Most notable is his version of the Legend of the True Cross – a tale of how the relics from Jesus’s cross allegedly arrived in Europe – which you can find painted in Arezzo’s unassuming, late-medieval church, the Basilica of San Francesco.

This is an updated version of an article originally by Francesca Masotti.