Reasons Why You Should Visit Naples 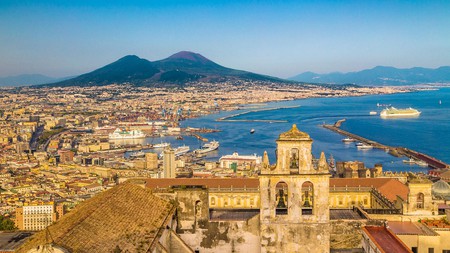 We’ve got Naples to thank for pizza, but there’s more to this big, brash city than some of the best food you’ll ever eat. Opulent architecture rubs shoulders with gritty street art, while the bittersweet scent of espresso competes with pungent food markets. Prepare for sensory overload.

Loomed over by the brooding Mount Vesuvius and with a reputation as more than a little rough and ready, Naples is sometimes omitted from the standard tourist itinerary. However, those that skip Italy’s third-largest city – or just use it as a springboard for exploring the glamorous Amalfi Coast – are missing out. Neapolitan culture is as exuberant and generous as its inhabitants. With over 2,500 years of history under its belt, every aspect of life – from food to art, architecture to coffee – is turned up a notch. And unlike the central and northern art cities, Naples remains a reasonably priced destination, especially for eating out – which you’ll be doing plenty of.

If you’d like to discover the city and the Amalfi Coast under the guidance of a local insider, join our Complete Southern Italy tour, which also includes a visit to Puglia. But if you’re not quite sold on Naples yet, these are the top reasons to book that trip.

The architecture is unexpectedly diverse 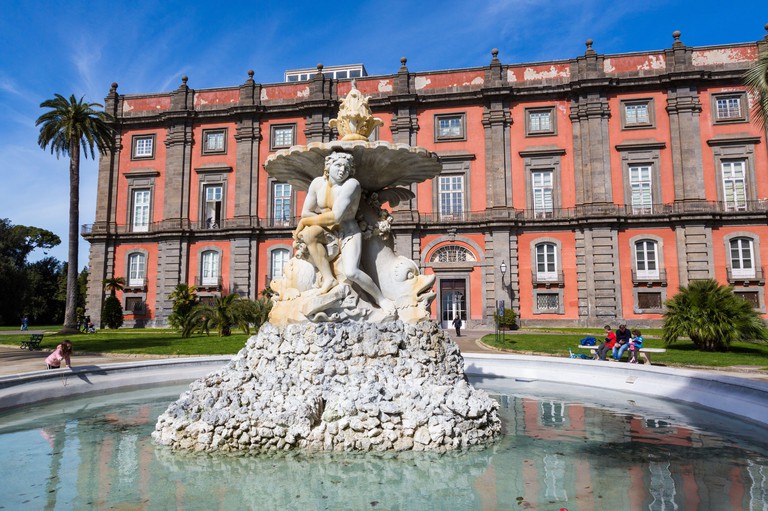 It’s the birthplace of pizza

Restaurant, Pizzeria, Italian
Facebook
Email
Twitter
Pinterest
Copy link
Share
Born of poverty, hunger and street-smart ingenuity, pizza napoletana conquered the world via the kitchens of the city’s emigrants. Authentic (“vera”) Neapolitan pizza is made according to a strict code of geographically unique and DOC-protected essentials: pillowy sourdough made with the finest 00 flour, expert dough-slinging techniques, buffalo mozzarella and a super-hot wood-fired oven, traditionally made of volcanic rock. Look out for the Vera Pizza Napoletana logo outside celebrated no-frills pizzerias Da Michele, Di Matteo and Sorbillo.

Its street art is as captivating as its baroque collections 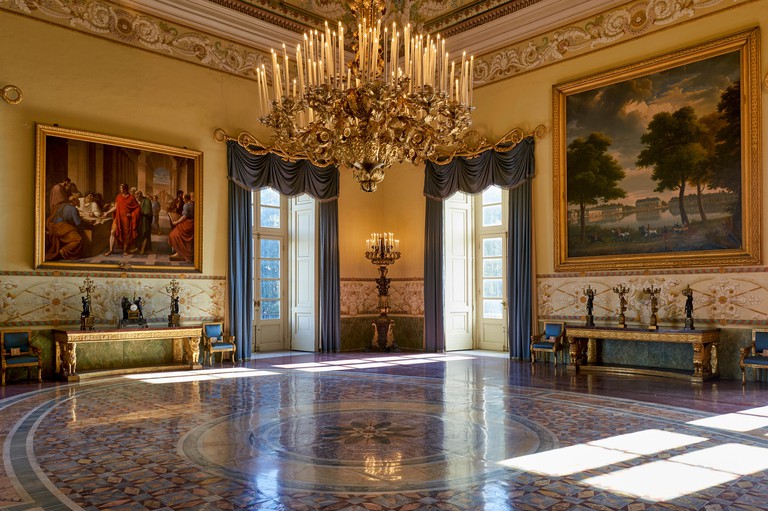 © MB_Photo / Alamy Stock Photo
There’s a dizzying array of art to see in Naples, from the regal portraiture and gilt-showiness of its palaces to excellent contemporary art collections at MADRE and PAN. Commuters walk by inventive street art and Metro di Arte installations, while more serious art historians can seek out Caravaggio masterpieces at the wonderful Museo di Capodimonte and brooding Pio Monte di Misericordia. Check out the Campania ArteCard and the new Naples Pass app to make it easier to explore all these and more.

The coffee culture is seriously theatrical

Like many things Napoletano, coffee is a cult – and a social theatre to be taken deadly seriously. Walk into any bar and bear witness to the elaborate performance of barista technique and social etiquette that’s on display. The hissing, lever-pulled macchina di caffè spews intensely dark, rocket-fuel espresso, from beans roasted with volcanic heat, creating a layer of cremina on top that is “turned” into a piping-hot cup. The ritual ends with a palate-cleansing mouthful of cool water.

It has world-famous archaeological treasures 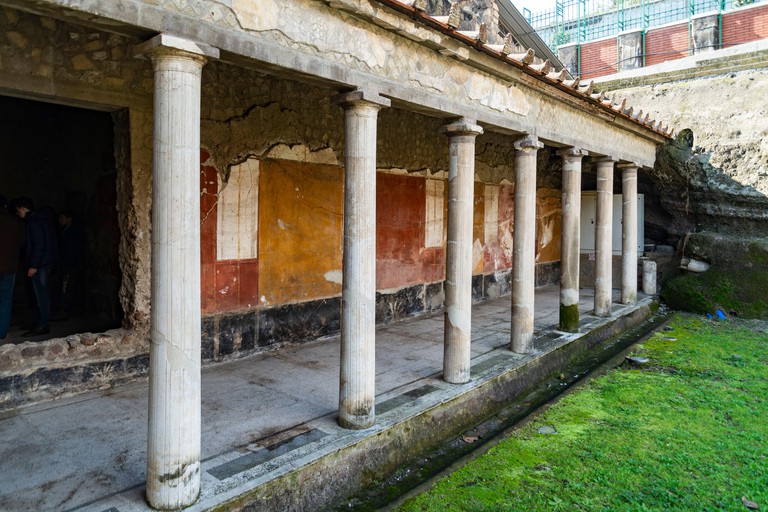 Founded by the Ancient Greeks and transformed by the Romans, Naples has long been a centre for important archaeological digs. Must-see excavations at Roman towns Pompeii and Herculaneum – buried as time-capsules by the eruption of Vesuvius in 79CE – are still yielding treasures today. Less well-known victims of that event, at Stabia and Oplontis, have exquisite Roman villas to explore. Take an underground tour through Naples’s archaeological layers, including the incredible engineering of the Serino Aqueduct and the cathedral-like Piscina Mirabilis cistern.

The local produce is second to none

With a food-loving populace that’s influenced by both survival and opulence, Naples is a food paradise, with endless shopping options for sourcing exquisite local produce. Head to the bustling market on Via Pignasecca to pick up bitter friarielli greens, plump San Marzano tomatoes and palate-cleansing Annurca apples – cultivated here since Roman times. Then, for full immersion into Neapolitan street market life, head to the gritty Mercato di Porta Nolana, where the fish is so fresh that the eels are still wriggling.

On Culture Trip’s exclusive 10-day Southern Italy adventure, you can enjoy a guided street food tour of Naples in the company of our Local Insider, as well as visiting the Amalfi Coast, Matera and several fantastic destinations in Puglia. 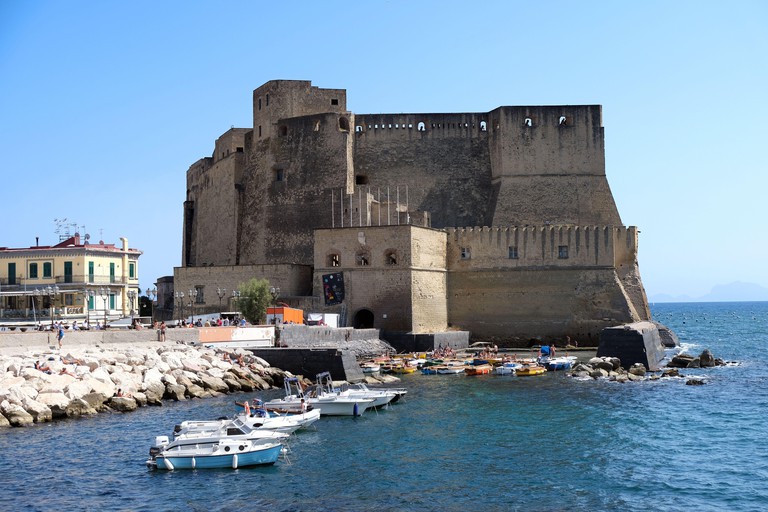 As one of the oldest cities in Europe, Naples has a rich history to discover. Start by visiting the city’s castles built to house royals and defend from foreign invaders. There’s Castel Nuovo and its magnificent marble arch, Castel dell’Ovo – said to have a magical egg in its foundations – and the hilltop Castel Sant’Elmo and its famed vistas across the city.

The perfect partner for a shot of espresso is a sweet and creamy sfogliatella – layers of thin, crispy pastry with a rich ricotta filling. This delectable treat is said to originate from the Santa Rosa monastery in the nearby province of Salerno. The most traditional recipes include a topping of whipped cream and cherries, just like the monks used to make. SfogliateLab has been making them for over a century, or try the pastries at Attanasio for some of the most authentic in Naples. 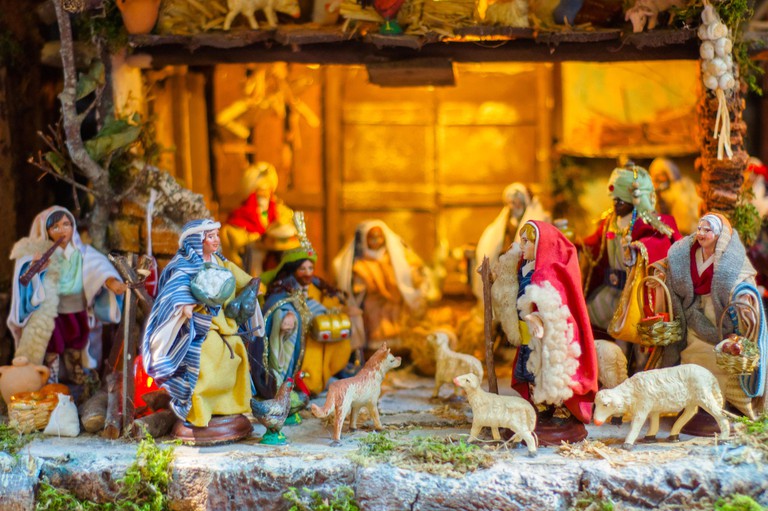 Despite the fact that summer temperatures can hit upward of 35C (95F) in Naples, it’s always possible to feel Christmassy on one particular street. Neapolitans are said to have been making presepi, or nativity scenes, since the 13th century, and many are on display all year round across the city, with Via San Gregorio Armeno (or Via dei Presepi) the most popular spot dedicated to this artisanal craft-turned-art form. And it’s not just about Jesus, Mary and Joseph anymore – you’ll also find mini-statuettes of pizza-makers, celebrity singers, politicians, football players and more.

To meet the city's oldest residents

Come face-to-face with the city’s past residents at the Catacombs of San Gaudioso and of San Gennaro, lying eerily silent beneath one of the busiest districts of Naples. Compare the large, bespoke tombs where the wealthy were buried to the floor tombs that poorer residents were allocated when they kicked the bucket back in the 17th century. For even spookier adventures, head to the Fontanelle Cemetery in the Materdei neighbourhood. Thousands of anonymous remains, including many plague victims, were laid to rest in these volcanic caves.

For a true taste of Naples, don’t miss a chance to savour the best Neapolitan pizza or stop by one of its top places to eat. Besides its epic food culture, make sure you tick off all of the must-visit attractions, including the best bars and the greatest beaches on those hot summer days.