15 Must-Visit Attractions to Visit in Italy 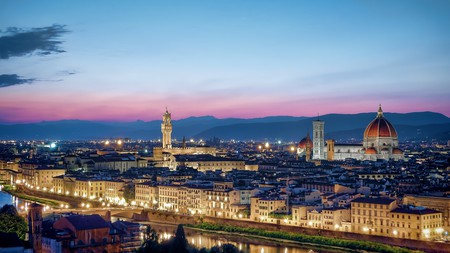 Italy is the boot-shaped land of plenty. With some of the world’s finest art and architecture, well-preserved ruins of ancient civilisations, unspoiled natural landscapes and life-changing food culture, the bel paese has it all. Around 50 million visitors a year make it the world’s fifth most visited country – and here are its star attractions.

Inaugurated by the emperor Titus in 80 AD with a 100-day spectacle of gladiatorial combat, exotic animal hunting and public executions, the Colosseum is the iconic symbol of ancient Rome. This awe-inspiring monument is the largest amphitheatre ever built and attracts over six million visitors each year. 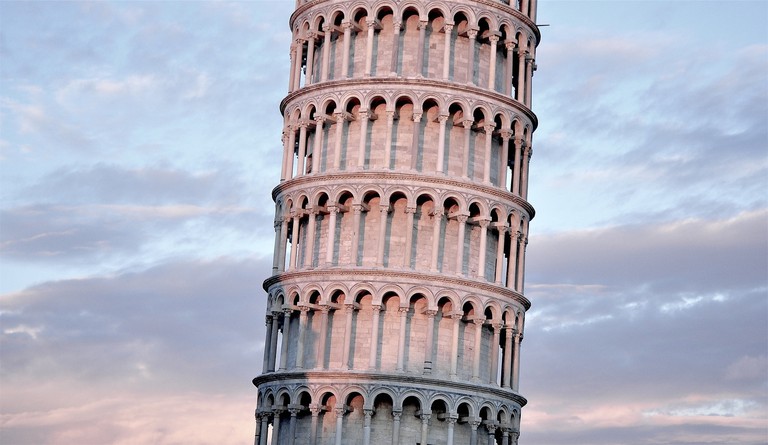 Leaning Tower of Pisa | © skeeze / Pixabay
Book Now
Despite the efforts of many a valiant tourist to straighten it out, the Leaning Tower of Pisa stands 3.9 degrees off the vertical. The freestanding bell tower of Pisa Cathedral has even withstood a number of strong earthquakes since its completion in 1372. Beautiful because of its flaws, the white marble tower affords beautiful views across Piazza del Duomo and beyond.
Open In Google Maps
Pisa, Toscana, 56126, Italy
+39050835011
Visit Website
Give us feedback 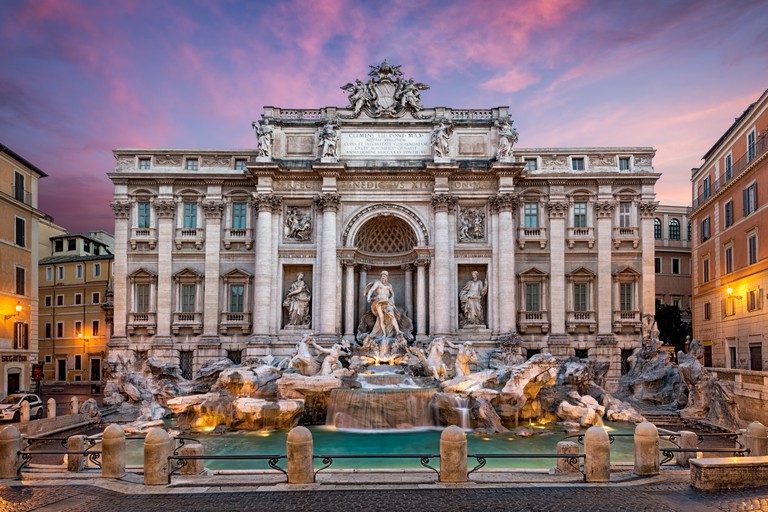 Intricately carved from travertine stone, the Trevi Fountain is a masterpiece of Baroque art. It depicts the sea-god Oceanus and is supplied by the Acqua Vergine aqueduct, an evolution of the ancient Aqua Virgo that was constructed by Agrippa in 19 BC. Tradition says that tossing a coin into the fountain will ensure your return to the Eternal City. 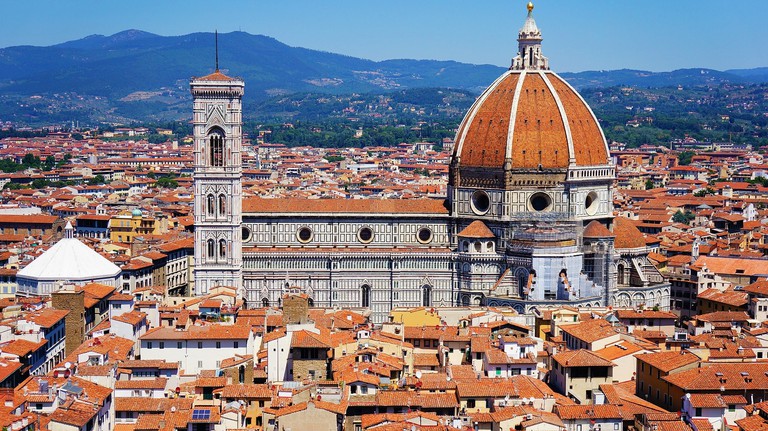 Duomo di Firenze | © sylabo / Pixabay
Book Now
Florence Cathedral, known in Italian as the Duomo di Firenze, is the star of the city’s Renaissance skyline. Covered in white, pink and green marble and capped by Brunelleschi’s famed red dome, the entire structure took almost 150 years to build. The elaborate Gothic Revival façade on the west side of the church was added in the 19th century.
Open In Google Maps
Piazza del Duomo, Firenze, 50122, Italy
+390552302885
Visit Website
Give us feedback

Building, Church
Facebook
Email
Twitter
Pinterest
Copy link
Share
Map View
A former Roman temple turned church, the Pantheon is one of Italy’s best preserved ancient monuments and is still in use as a place of worship today. Built around 125 AD by Emperor Hadrian, its unsupported concrete dome – the largest ever built – is a feat of engineering and was originally covered in bronze tiles. The inscription on the portico refers to Agrippa, who built a previous temple on the site in 27 BC that later burned down.
Open In Google Maps
Piazza della Rotonda, Roma, Lazio, 186, Italy
+390668300230
Visit Website
Give us feedback
Book Now 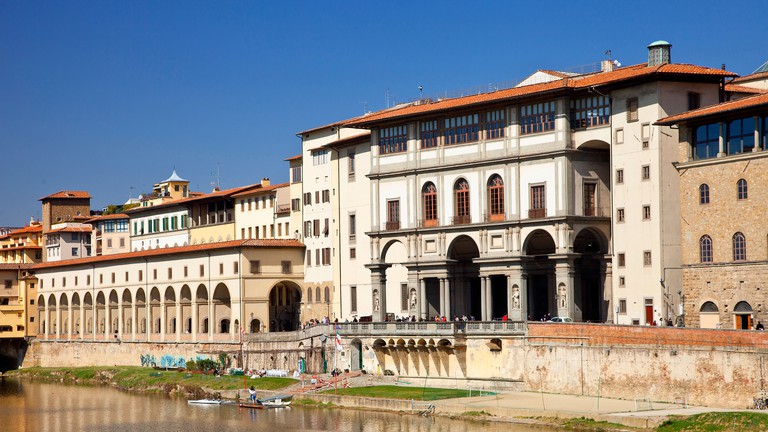 The Uffizi Gallery | © JOHN KELLERMAN / Alamy Stock Photo
Book Now
Perched on the banks of the river Arno in Florence, the Uffizi Gallery is home to some of the world’s most famous Italian Renaissance art, including Botticelli’s The Birth of Venus and Titian’s Venus of Urbino. The enormous collection was donated to the city by the last heir of the Medici family in 1743 on the condition it never leave Florence.
Open In Google Maps
6 Piazzale degli Uffizi, Firenze, 50122, Italy
+39055294883
Visit Website
Give us feedback

Filled with temples, marketplaces and public buildings, the Forum was the epicentre of ancient Rome. From the meeting of the Senate to vendors hawking their wares at the market, all aspects of political, social and commercial life took place here. Today, the site stands in ruins but it hasn’t lost any of its ability to fill visitors with awe. 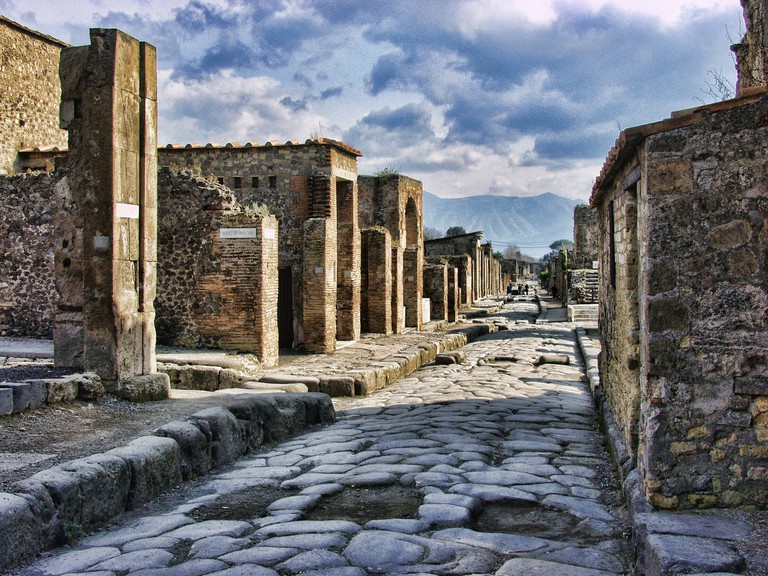 In 79 AD, Mount Vesuvius erupted and covered Pompeii in a thick layer of volcanic ash and rubble. The city and its inhabitants were rediscovered in the 16th century in a remarkable state of preservation, giving archaeologists and historians precious details about what life was like in ancient Roman society. Today, visitors to the site can explore the very same streets, houses and even a brothel this city’s ill-fated inhabitants frequented millennia ago. 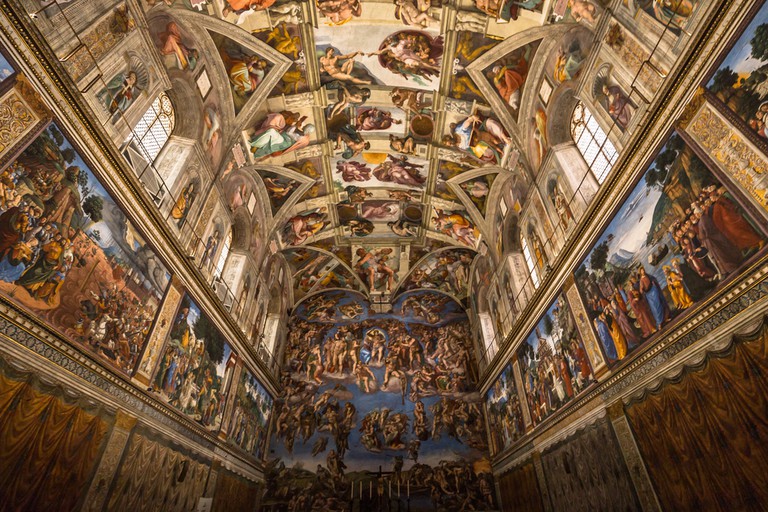 Ceiling of the Sistine chapel in the Vatican Museu, Vatican City | © RPBaiao / Shutterstock
Book Now
Considering himself a sculptor not a painter, Michelangelo was originally hesitant at the idea of painting the Sistine Chapel. Pope Julius II, however, insisted and the subsequent frescoes, including the famous Creation of Adam, are now admired by 20,000 people a day in peak season. After finishing the ceiling 25 year later, Michelangelo returned to the Sistine Chapel and created another masterpiece – the Last Judgement on the altar wall.
Open In Google Maps
Cappella Sistina, Vatican City, 120, Vatican City
Visit Website
Give us feedback 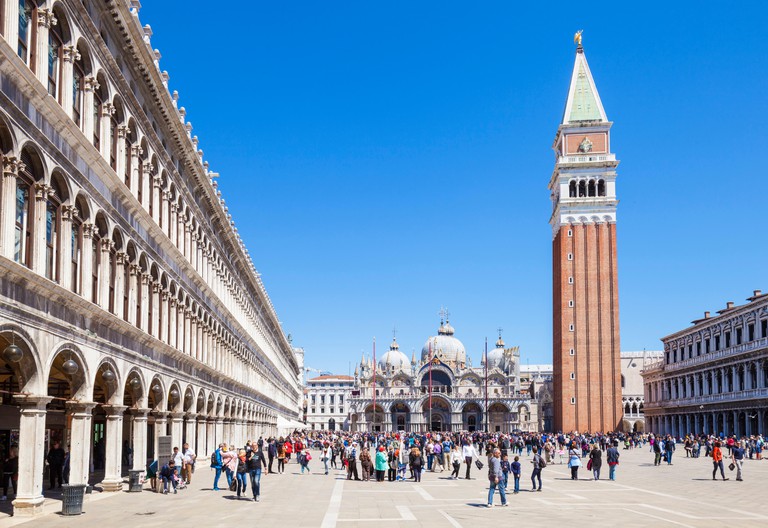 Known in English as St Mark’s Square, Piazza San Marco is Venice’s social, political and cultural hub. Aside for crowds of tourists, this gorgeous square also contains a number of the city’s top sights – the Basilica di San Marco and its instantly recognisable campanile, the Doge’s Palace, and the Museo Correr, which chronicles Venetian art, history and culture. 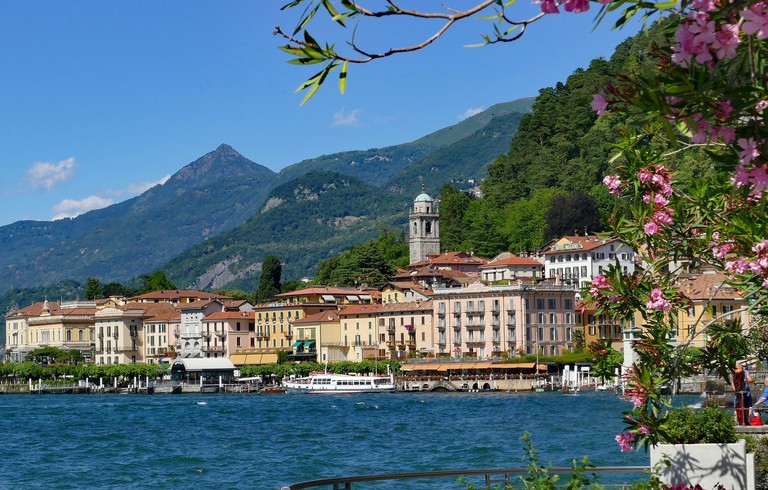 Declared the most beautiful lake in the world by the Huffington Post, Lake Como combines over 100 miles (161 kilometres) of winding shoreline with a spectacular mountain backdrop. Aristocrats have been holidaying here since Roman times and today’s rich and famous, with their elegant waterfront villas, continue the trend. It’s also a popular destination for sailing, kayaking and other outdoor activities. 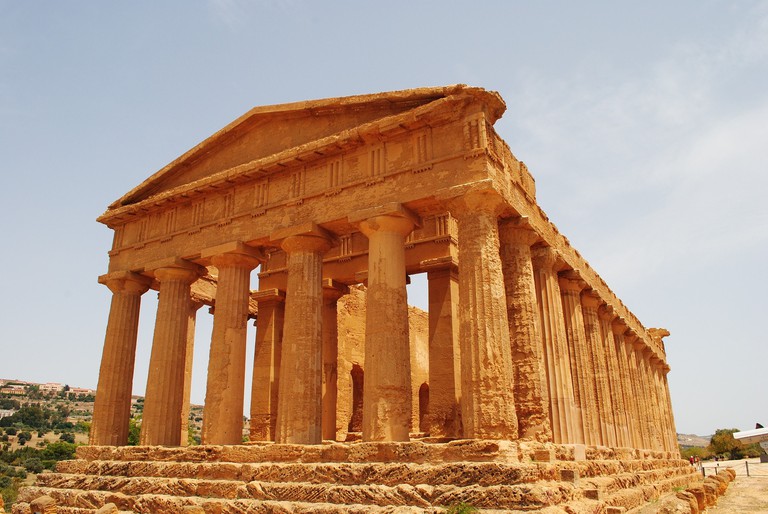 The Temple of Concordia at the Valley of the Temples | © bopennings / Pixabay
Book Now
Sicily’s Valle dei Templi, located just south of Agrigento, is a captivating collection of ruins from ancient Akragas, which at the time was a Greek city. The amazingly well-preserved Temple of Concordia is widely considered the highlight of the site but visitors should find time to explore as many of the crumbling ruins as possible, which are interspersed by olive trees and cactus plants.
Open In Google Maps
Sicily, 92100, Italy
+3909221839996
Visit Website
Give us feedback 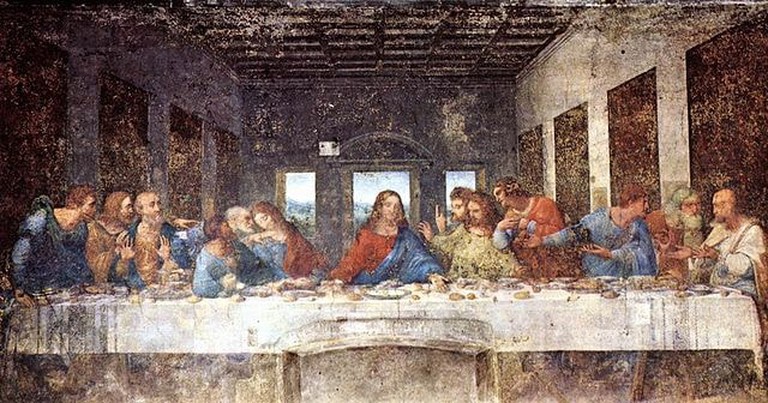 Da Vinci’s ‘Last Supper’ | © Web Gallery of Art / WikiCommons
Book Now
It’s not the grandest church in Italy (or even in Milan, for that matter) but Santa Maria delle Grazie houses one of the world’s most recognisable artworks – The Last Supperby Leonardo da Vinci. The 15th-century mural on the wall of the church’s refectory depicts the moment when Christ announced to his disciples that one of them would eventually betray him. Entry to the church is free but reservations must be made in advance to see Da Vinci’s masterpiece.
Open In Google Maps
Piazza di Santa Maria delle Grazie, Milano, Lombardia, 20123, Italy
Give us feedback 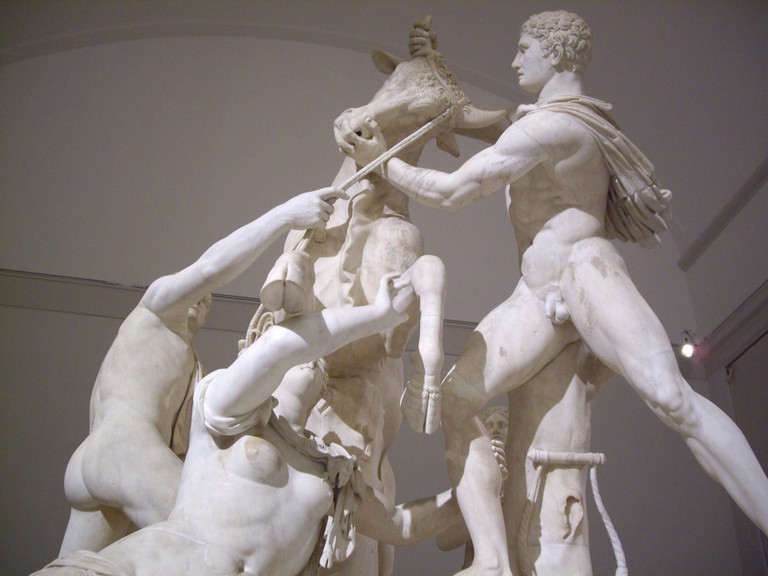 The Farnese Bull | © virtusincertus / Flickr
Book Now
Between eating pizza and sfogliatella, visitors to Naples should delve into the Museo Archeologico Nazionale. The building was originally a cavalry barracks and later the seat of the city’s university, before being turned into a museum in the late 18th century. As well as treasures from Pompeii, the museum is also joint-home to one of the world’s finest accumulations of Greco-Roman art, the Farnese Collection – of which other pieces are on display at the British Museum in London.
Open In Google Maps
19 Piazza Museo, Napoli, 80135, Italy
+390814422328
Visit Website
Give us feedback 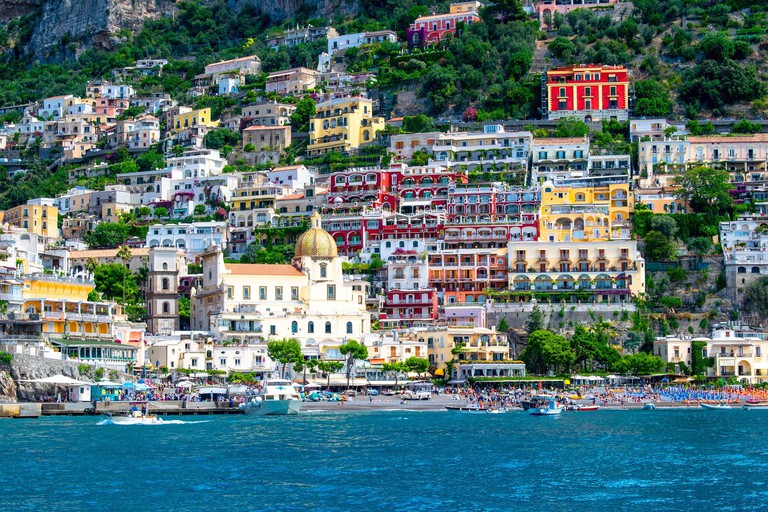 Positano on the Amalfi Coast | © darrenquigley32 / Pixabay
Book Now
The Amalfi Coast is, according to UNESCO, an area of ‘great physical beauty and natural diversity’. This stunning stretch of coastline in the Gulf of Salerno, just south of Naples, features colourful towns nestled precariously into the mountainside, as well as terraced vineyards and citrus groves replete with outstanding local produce.
Open In Google Maps
Amalfi Coast, Amalfi, 84011, Italy
Give us feedback
Give us feedback