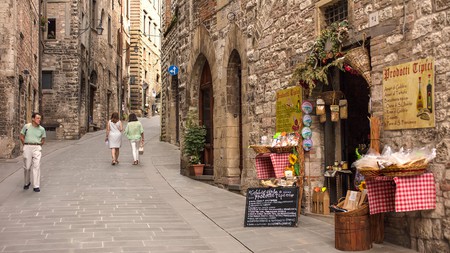 Italy is one of the most beautiful countries in the world. Besides the famous cities of art, Italy is home to several magical places that look like they are straight out of a fairy tale. From north to south, through the centre, read our list of the top 15 magical places to see in the country, and prepare to be amazed.

Surrounded by sweet green hills, Urbino is a true hidden gem located in the Marche region. This ancient town has an historical city centre dotted with unique Renaissance buildings. The best season to visit Urbino is winter, when the snow falls and the town looks like a magical place. 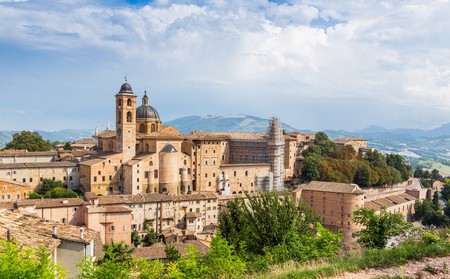 If Matera has been declared Capital of Culture for 2019, there must be a reason. Well, to be honest, there are several reasons: Matera is one of the most beautiful Italian cities, is home to typical houses called “sassi” that you will not find in other places in the world, and looks like a Nativity scene. 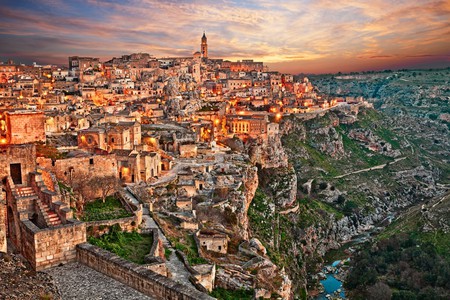 Located between Val d’Orcia and Valdichiana, two of the most charming areas of Tuscany, Montepulciano is one of the loveliest Italian hamlets. Tuscany has plenty of magical places, but Montepulciano has a unique charm. With its ancient palaces, fountains and towers, the town is a true jewel that deserves a visit.

Aosta looks like a small version of Rome surrounded by mountains. It is dotted with Roman architecture, but the buildings and landscapes are Alpine. No doubt it is considered to be one of the most magical towns of Italy. During wintertime, thanks to the snow, it turns into a fairy-tale village. 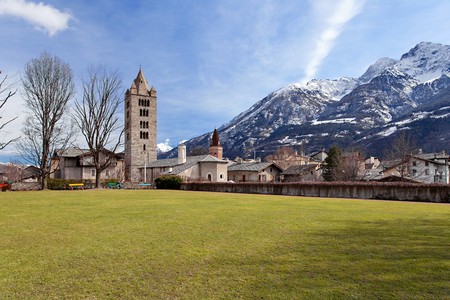 Trento is a nice town mostly frequented in wintertime when it’s transformed into one of the most famous winter markets of Europe. So, if you have to decide when to visit it, you know what to do. Book an airplane ticket for December and be prepared to be amazed by the magic of Trento.

Imagine white cliffs, ancient houses and pristine clear waters: this is not a dream, it’s Polignano a Mare. This lovely hamlet in Puglia looks like a fairy-tale village, with tiny cobblestone streets, small piazzas and secret bays – it is a true gem.

Do you know Chieti? Well, this small town is one of the least touristic cities of Italy. This is the first reason why you should consider visiting: here, you’ll not find endless lines in front of the buildings like in other places of the country, and you will enjoy every second of your trip. Other reasons? It has a pretty city centre that looks like a tiny fairy-tale village. 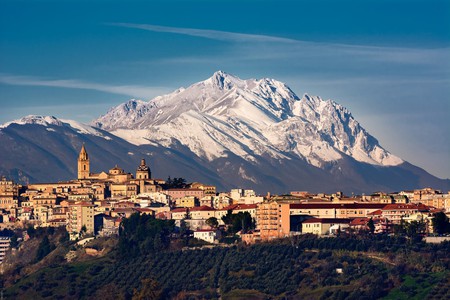 Near Rome, there is one of the most magical places of Italy – Tivoli. This town boasts with ancient villas, used in Roman times, gardens and parks. The best spot to visit here is Villa Adriana, the largest villa in Italy where the Emperor Adrian once lived.

Strolling through the Renaissance streets of Ferrara is one of the best things you can do in Italy. This less-visited town is a true hidden gem that’s worthy of exploration. For a fairy-tale view, head to Castello Estense, a magnificent castle declared world heritage for its beauty. 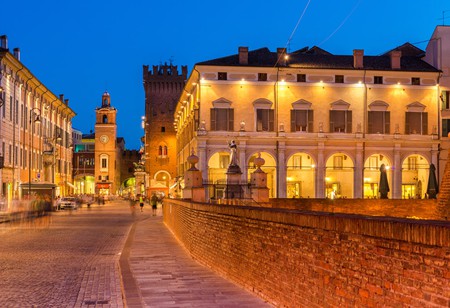 One of the most beautiful castles of Italy is located in Puglia, near the city of Andria. It is Castel del Monte, a castle situated in the middle of nowhere, just surrounded by nature. It looks like a location that should be used in an episode of Game of Thrones. Maybe one day, the director of the TV show will decide to set some scenes here. Never say never.

Cefalù is one of the most charming villages of Sicily and boasts magnificent buildings, such as the majestic architecture. For fairy-tale scenery, go to the public laundry built in the Middle Ages with arches and staircases made of lava stone. 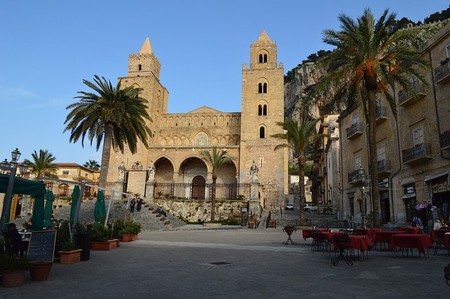 Aosta Valley is one of the most famous Italian regions for those who love outodoor activities. But it is also home to lovely traditional hamlets, such as Courmayeur, a popular wintertime destination surrounded by majestic mountains. 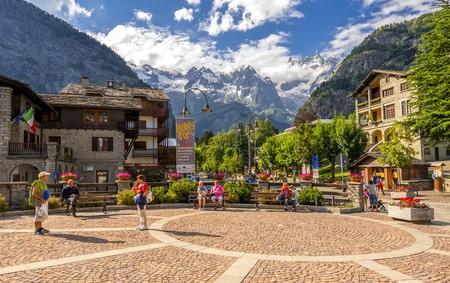 One of the chicest holiday destinations to visit in winter is Cortina d’Ampezzo. Located just a couple of hours from Venice, this is one of most magical hamlets of the country, nestled in the valley of the river Boite and surrounded by Dolomites.

Gubbio is an ancient city located in the central Italian region of Umbria. It dates back to the Etruscan era when it was controlled by the Romans. Make a point of taking a stroll through the narrow streets, and then go to see the Roman amphitheater. 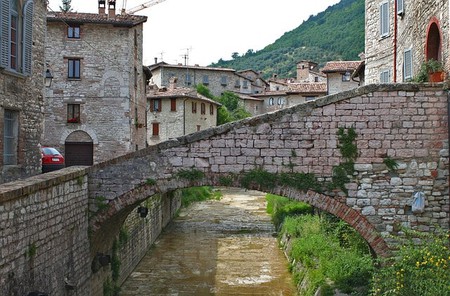 Famous for its lemon trees and colors, Sorrento is one of those place that everyone should visit at least once in the lifetime. This lovely hamlet is one of the most romantic, charming and, obviously, magical places you’ll see in Italy.