14 Things You Should Know Before Moving to Venice, Italy 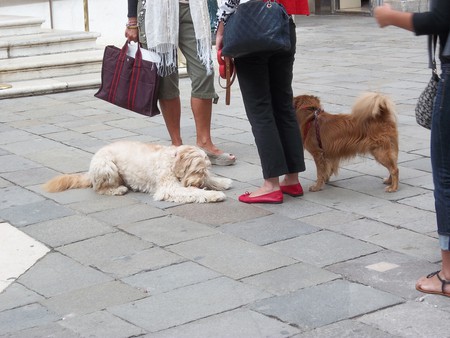 Venice is an international city with a small-town vibe. In no other place will you find such an incredible number of people from all over the world passing through, but still be able to run into people you know every time you step out the door. It’s a peculiar city with a particular charm, where the only forms of transportation are walking or boat travel. Spaces are intimate, so mass tourism and local culture live side-by-side. If you’re thinking of moving to Venice, check out this essential guide to this ancient city’s current-day shape.

Venice has two faces. The city can seem like it’s made for tourists – it can be expensive, crowded, and full of kitschy souvenirs every way you turn. But just under the surface you’ll find the world that locals move in. 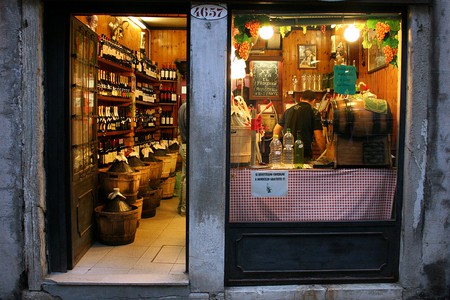 Don’t expect the 24/7 availability that runs major metropolises. Greengrocers, bakeries, shops, and hardware stores will often close for a lunch break in the early afternoon, and almost none stay open in the evening. Though supermarkets will have evening hours, you won’t find any stores that are open all night.

With just 55,000 inhabitants who go everywhere by foot, Venice can feel like a village. Once you know a few people in the city, you’ll start to know almost everybody, and you’ll run into them every time you step out the door. Depending on who it is you see, this can be utterly charming or terrifically frustrating. 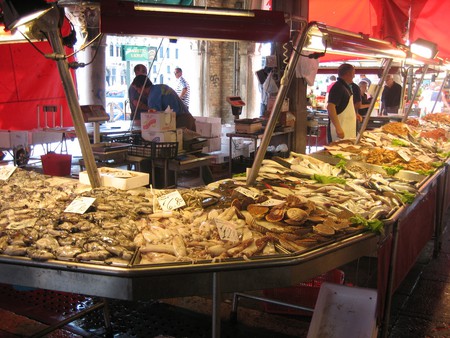 While rent is pretty steep and getting steeper, not everything in the city has to be expensive. Buying from the market and cooking at home, getting an ACTV card for transportation, and sticking to bacari and cafés that really cater to locals will all help you keep to budget.

Standing at the bar

Often, people will drink their morning coffee and have their breakfast standing up at the counter. That extends to having a quick snack throughout the day, or having your drink in the evening. It’s not only cheaper, as you won’t incur the charge for table service, but also makes for a really convivial atmosphere.

You’ll find a lot of information about community events for film, culture, and music shows the old-fashioned way: posters put up in laundromat windows and street corners. It truly is the best way of finding out what’s going on in the neighborhood, so keep an eye out for where they tend to go up in your zone. 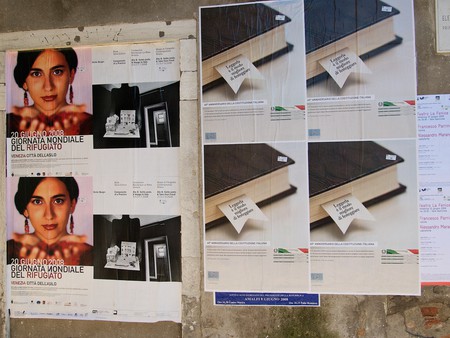 Posters in the calle | dale_simonson/Flickr

To really enter into the local life of the city, understanding a bit of Venetian is essential. Venice was an independent republic from its founding in the 5th century until the end of the 18th century, and its language reflects its rich history. Here are some colorful phrases to get you started: a pagar e a morir ghe xe sempre tempo (there’s always time for paying and dying), no tuti i mati xe in malicomio (not all crazy people are in the asylum), and tra verita e busia se vende la mercanzia (between truth and lies the merchandise will sell).

Venice, though beautiful, can become a bit claustrophic, so if you’re in need of open space and greenery, the lagoon of Venice is your answer. There’s the agricultural hub of Sant’Erasmo, the beach island of Lido, and the tiny town of Mazzorbo. Further away in the lagoon are places like Chioggia and Pellestrina, where you’ll find no mass tourism but plenty of beauty and great seafood. All of these places can be reached by public transportation, but it’s probably more fun if you know someone with a boat. 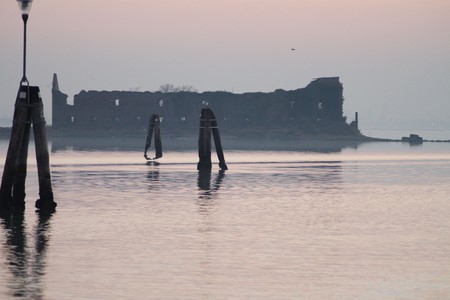 Venice can be rather isolated from the rest of the world, and you won’t be able to find everything on the island. If you’re looking for something specific, whether it’s a book, an art supply, or an ingredient for cooking, there are some things that you just won’t be able to find without venturing off the island. Most things are more readily available on the mainland, just a bus ride away.

The acqua alta is a regular part of life in the city, so prepare yourself with some sturdy rubber boots that go at least calf-high. Locals will all know routes that avoid the lower streets, some of which might be impossible to traverse without getting your socks wet. Main pedestrian passages will have elevated walkways that go above the water. It might be inconvenient, but it has an unearthly charm.

There will be ice cream everywhere that advertises itself as artisanally made, so you’d do well to use your judgement – if the color of the ice cream doesn’t exist in nature, it’s probably made with artificial flavors. Incidentally, the most unique gelato in the city is found at Gelateria Alaska, where Carlo, the owner, makes all the flavors from his ingredients in his own garden. 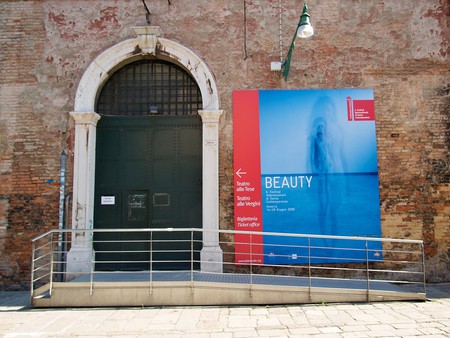 An abundance of art

For such a small city there is an incredible amount of art and culture. You’ll find a lot of everything, ranging from glittering Byzantine mosaics inside ancient churches to the super-fresh contemporary art of the Biennale, from big-name artists at Palazzo Grassi to student-run spaces putting on homemade shows.

Il calcio is a religion

Watching a bar stuffed to maximum capacity with people passionately yelling at the screen, you’ll have no choice but to conclude that the depth of emotion football inspires can only be described as spiritual. But when Italy scores a goal and you get dragged into the cathartic celebration, you’ll also conclude that it’s at least a lot of fun.

Venice was always an international place, and that’s true even today. It’s an increasingly multicultural city; if you want evidence, just take a look at the younger generation, where kids of all backgrounds speak in dialect with an accent as thick as Venetian grandmothers. So yes, globalization is changing the city, but local culture is also holding on, creating a peculiar and special mix.