13 Movies to Watch Before Visiting Italy 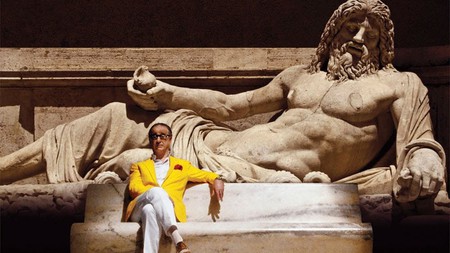 Italian cinema has produced some of the 20th century’s finest films and Italy – its grand cities, its beautiful countryside, its Latin culture – continues to inspire writers and directors around the world. In the following list, some of the movies are pure travel inspiration, others shed light on the country’s fascinating history and culture. Grab some popcorn and get stuck in.

A light-hearted love story between American reporter Joe Bradley (Gregory Peck) stationed in Rome and stifled Princess Ann (Audrey Hepburn), who wants to escape the boredom of her royal tour. It was the film that put Hepburn on the map and arguably the Vespa scooter as well. Bradley, the princess and the Vespa make for a dashing trio zipping through the chaotic streets of Rome until Ann’s inevitable return to her regal duties. In this film, you see the wonders of the city and Italian charm through the romantic lense of a first time visitor. 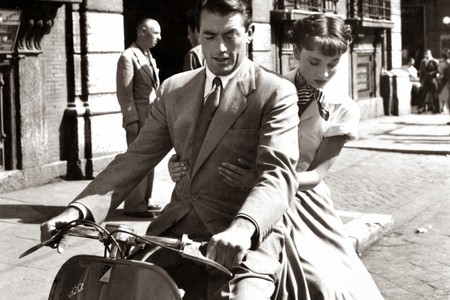 Five brothers from Southern Italy move to the industrial North in search of prosperity. Director Luchino Visconti expertly weaves the individual narratives of each brother into a tense and emotionally charged story about love, family and the reality of migrant life in postwar Milan. The city appears both gritty and beautiful – brutality set against the facade of bleak cinderblock apartments, but also romance on top of the Duomo. 1960s sex symbol Alain Delon received critical acclaim for his portrayal as Rocco. 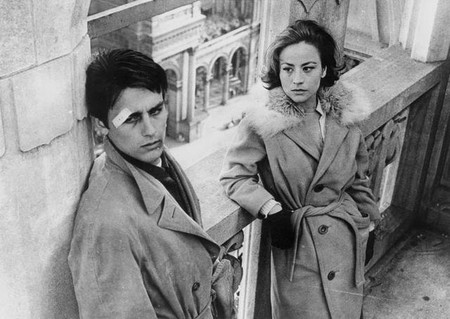 Federico Fellini is one of Italian cinema’s most acclaimed directors and this film marks a transition from his neo-realist style to a more experimental phase. La Dolce Vita recounts the exploits of the womanising lothario and photojournalist, Marcello Rubini and his quest for ‘the sweet life’ and love during one week in Rome. This film is a prophetic analysis of fame, the cult of celebrity and the power of image. When it was released a headline-hunting newspaper referred to the film as ‘papparazzo’, famously coining the term that would go on to define 21st century media. It takes place in post-war Italy that is a nation rebuilding itself on the fragile foundations of emergent mass-consumerism and is a critique of the morality and cultures associated with it. Shot in black and white, this film captures the grandeur and eternal splendour of Rome and its leading stars, Marcello Mostroianni and Anita Ekberg, epitomise classic Hollywood beauty. 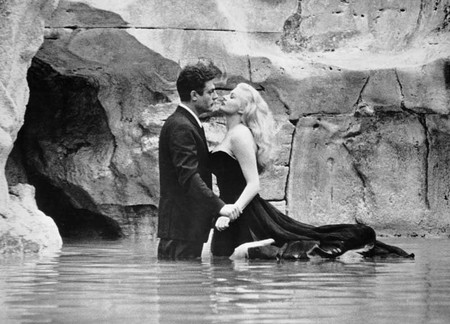 This is based on the 1958 novel The Leopard, by Giuseppe Tomasi di Lampedusa, which is considered one of the most important novels in modern Italian literature. It follows a Sicilian nobleman who lives through the social and political turmoil brought on by civil war in Italy and the subsequent difficulties of Italian unification in the early 1800s. Tomasi himself was the last in a line of minor princes in Sicily and wrote the historical novel after the Sicilian island of Lampedusa was bombed by Allied forces in World War II. It explores the decline of the aristocracy, societal changes and our morality. The 19th-century costumes are as beautiful and romantic as the Sicilian backdrop. 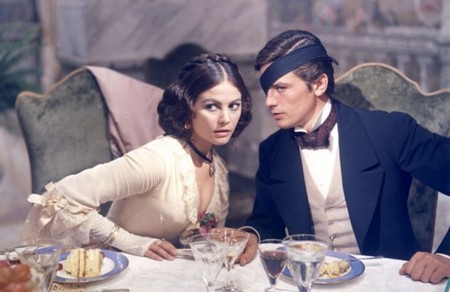 “You were only supposed to blow the bloody doors off!” is just one of Michael Cane’s perfectly delivered lines in this British comedy classic. Cane, playing cocky and charming Charlie Crokers who has just been released from Wormwood Scrubs prison, stars alongside Noel Coward and Benny Hill in a caper plot in which they plan to use a traffic jam in Turin to steal a weighty gold shipment. The film begins and ends on the stunning Great Saint Bernard Pass – a high altitude pass of hairpin bends that connects Valais in Switzerland with the Aosta Vallery in Italy. In between, Turin’s architectural landmarks provide the backdrop for the films iconic car chase that sees two minis drive down the grand stairway inside Baroque Palazzo Madama and speed around the rooftop race track of the old Fiat factory (1923–1982). 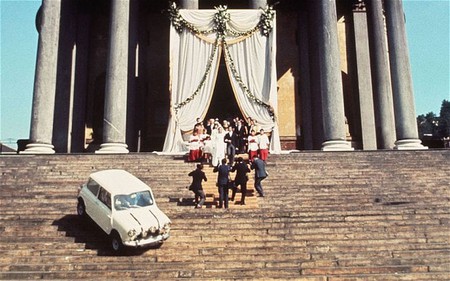 The most famous mafia movie of all time focuses on the transfer of power within the family of ageing, Italian-American mobster, Don Vito Corleone, played by Marlon Brando, in what was arguably the performance of his career. Don Vito’s youngest and brightest son, Michael (Al Pacino), reluctantly agrees to lead the family’s activities and finds himself embroiled in the unavoidable cycle of violence, manipulation and betrayal associated with the Corleone line of work. The story, which is based on Mario Puzo’s 1969 novel, is set in the 1950s and takes place between New York and the rural village of Corleone, south of Palermo. By the time of filming, the real-life Corleone had been modernised and therefore two other locations just a few miles north were used – Forza d’Agro and Savoca. Both show stunning views of the Sicilian hinterland and the typical architecture of small hillside towns. 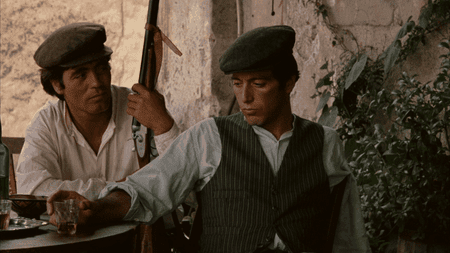 This adaptation of E. M. Forster’s iconic 1908 novel, A Room With A View, will make you fall in love with the city of Florence: the Arno River, Santa Croce, Piazza Signoria and Fiesole all feature prominently in the story. It is set in Italy and England and is both a romance and critique of English society at the turn of the century. It follows protagonist Lucy Honeychurch, a young upper-middle-class woman who struggles against the social hierarchy of England and experiences a different way of life in Italy – one that is more liberating, with more fluid social boundaries. Forster himself had experienced a similar epiphany during a previous trip to Italy and this served as inspiration for his highly lauded novel. The all start cast includes Simon Callows, Helena Bonham Carter, Daniel Day-Lewis, Dame Judy Dench, and Dame Maggie Smith. 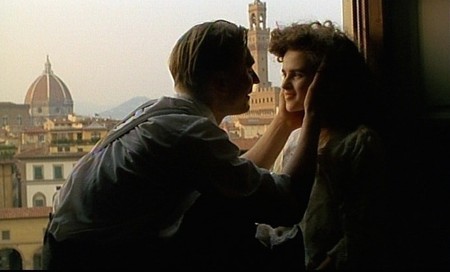 ‘A Room With A View’ film still | © Merchant Ivory Productions

English eccentricity comes to the fore in the comic tale of a dark time in Italian history. It tells the story of adolescent Luca, a motherless English boy who is under the guardianship of a collective of privileged, elderly British and American women (Dame Maggie Smith, Dame Judi Dench, Joan Playwright, Lily Tomlin, Cher) who are living in Florence to feed their love of Italian art and culture. It begins in 1935 and life is full of afternoon, society gossip and medieval frescos until the hostility of Mussolini’s Fascist regime extends into their expatriate idyll. As the title suggests, the tone of this film is rather silly, but it still touches upon major wartime issues including conscription, oppression of the Jews and the Italian resistance. Directed by Franco Zeffirelli, it is a semi-autobiographical tale. 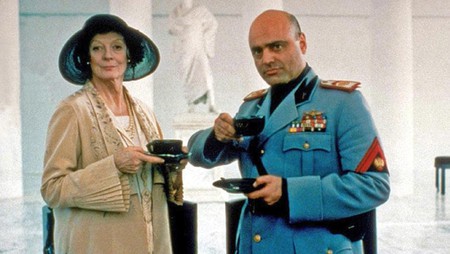 Often credited as the beginning of the revival of Italian cinema, this is director Giuseppe Tornatore’s ode to origins of the art form. It is a sentimental but historically astute analysis of the power and innocent joy of cinema in its infancy. It is the late 1980s in Rome when prominent filmmaker Salvatore Di Vita (Jacques Perrin) hears news of the death of his beloved childhood father figure and former picture house projectionist Alfredo (Philippe Noiret). He begins a journey back to his small hometown in Sicily and the film then unfolds as a series of flashbacks to his boyhood and adolescence that coincide with the ascent of the silver screen in the local theatre. For young Di Vita, and fellow residents of the town, cinema comes to represent a means of escape from the graft of life in post-war Italy. 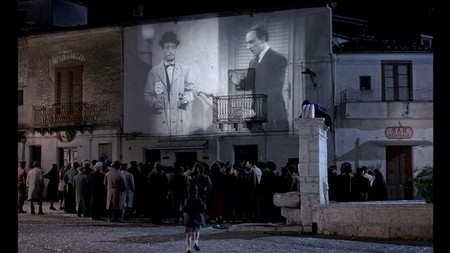 In the 1950s on the small island of Procida in the Gulf of Naples, Mario Ruoppolo is a humble fisherman who has forever been in love with enchanting barmaid Beatrice Russo, but is ill-equipped to express and act on his feelings. The real-life Chilean poet Pablo Neruda arrives in Procida after facing political exile in his homeland for holding communist views, and Ruoppolo is hired to be his personal postman. After many weeks of hand delivering mail to Neruda, he and the postman develop a friendship from which Ruoppolo learns to love poetry. Poetry ultimately gives him the means to express his emotions and pursue Beatrice. This seemingly propels the film to a happy ending. Alas, the final chapter of the film overshadows an otherwise heartwarming tale, rendering Il Postino a true tearjerker. The story fast-forwards and Neruda returns to the island several years later to find a tragic turn of events born from the tumultuous political climate in Italy at the time. Aside from the central narrative, directors Massimo Troisi and Michael Radford create a charming, often comical portrait of the slow pace and rustic charm of mid-century Mediterranean island life. 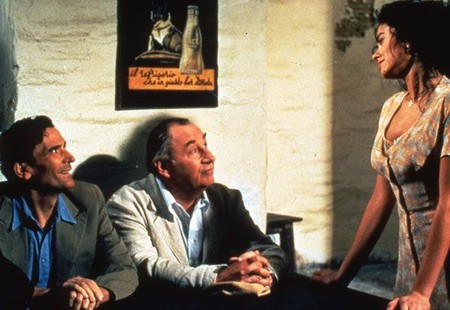 This is a psychological thriller about power, wealth and obsession set in the fictitious town of Mongibello, inspired by luxurious Positano on the Amalfi Coast. The protagonist and anti-hero, Tom Ripley (Matt Damon), is a master manipulator and minor con artist. It is the early 1950s, and Tom is a poor graduate living in New York City when he takes advantage of an opportunity that crosses his path: he must persuade Dickie Greenleaf (Jude Law), the son of a rich shipping magnate, to return to America from Italy, where he is currently leading a hedonistic, unfocused lifestyle that disappoints his father. The stylish and charming Dickie is in Mongibello with his glamorous girlfriend Marge Sherwood (Gwyneth Paltrow). After an initial period of revelry on the sunny shores of the charming port town, Marge becomes suspicious of Tom’s behaviour, and his apparent obsession with Dickie. Things quickly unravel resulting in a murder in San Remo and Tom living a fraught and deceitful existence in Rome. The tense story climaxes in the shadows of Venice‘s narrow streets. The film is based on Patricia Highsmith’s seductive, intelligent page-turner of the same title. 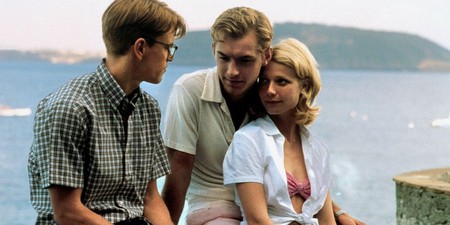 The hedonistic but wistful retired writer, Jep Gambardella, (Toni Servillo) is the protagonist of Paolo Sorrentino’s 2013 film, but Rome is the real star. From the cloisters and sacred chambers of the city’s churches to the grand palazzos of its wealthy residents, the beauty and magnificence of Rome is use to highlight the disparity between the empty culture of contemporary high society and the high culture of Italy’s past. There is no clear narrative in the film, rather it follows Jep taking stock of his life, analysing what it means to have spent the best decades of his life amongst Rome’s literary and creative circles, in its nightclubs and cafes, but without the great love of his youth. This all sounds trite and nostalgic, but somehow Sorrentino ensures that this is not the case.

In the small town of Crema in Lombardy, 17-year-old Elio’s academic, bohemian family have a resplendent 17th-century villa for the summer. Elio’s father is a professor of antiquities conducting research in the area and his doctoral student, 24-year-old Oliver arrives to assist him. Against a backdrop of Lombardy’s countryside, intellectual dinner parties, provincial discos and early 1980s pop music, Elio and Oliver’s friendship quickly develops into an intense, lustful romance with a difficult ending. Timothée Chalamet brilliantly portrays the exquisite rush and pain of a first love. Read a more in-depth review here. 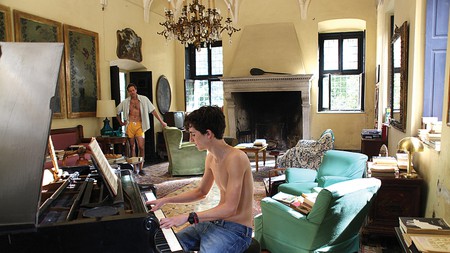 Call Me By Your Name film still
Give us feedback