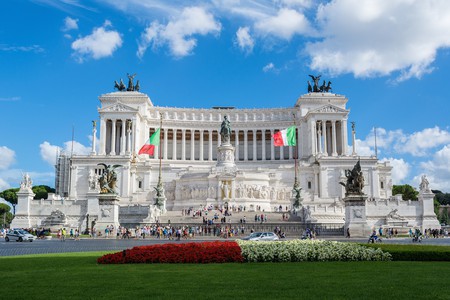 Rome is an amazing city but to first-time visitors it can be a chaotic, intimidating muddle of history, crowds and traffic. These handy hints help to negotiate the cultural differences, avoid tourist traps and make the most of your time in the Italian capital.

While most hotels, coffee shops, bars, restaurants and locals are usually more than willing to make calls for visitors when necessary, it is useful to keep in mind that the new emergency phone number for police, ambulances and the fire brigade in Rome is 112.

The center of Rome is pretty compact and it is easy to walk or take public transport. However, if you decide to save time by taking a taxi, watch out for unofficial drivers touting for business at the airports and stations. Make sure it is one of the official cars, which are always white and have an illuminated ‘Taxi’ sign on the roof. Generally it is best to either hail a cab on the street, or head to one of the official taxi ranks with an orange sign. If you need to call a cab, the biggest companies are RadioTaxi (+39 06 3570) and Samarcanda (+39 06 5551). 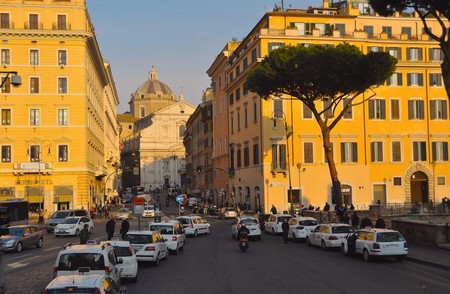 Get a good map

Rome’s historic center is a labyrinth of winding streets and it is easy to get lost. Make sure you are equipped with a good map or ensure that your smartphone has overseas accessibility to avoid wandering too far in the wrong direction. Most hotels and accommodations provide maps and business cards to ensure you can find your way home.

Rome has a small, concentrated public transport network of metro, bus and tram which all use the same €1.50 ticket, which is valid for 100 minutes, including one metro journey. Tickets are purchased in advance at tabacchi shops, newsstands and some subway stations and need to be validated in the yellow machines. There are also one-, two-, three- and seven-day tickets available; for prices and routes head to the official ATAC website.

Timed tickets for both the Colosseum and Vatican can be purchased in advance for a few extra euros and will save precious time and queuing, especially in high season, when the city becomes hot and chaotic. Most guided tours will include reservations, so consider also booking a guide to make the most of your visit. If you are planning to visit several sights, it is a good idea to purchase a Roma Pass, which includes direct entry to two state museums as well as discounts and local transport for three days. 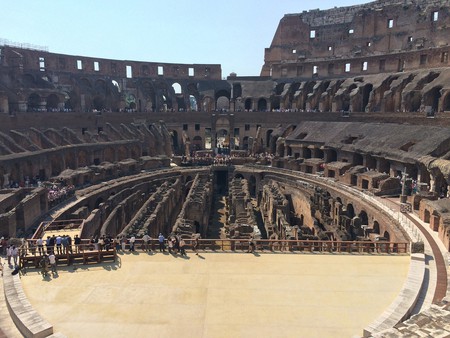 Rome is home to thousands of eating establishments of varying quality and the historic center and major sights are sadly home to numerous tourist traps waiting to prey on tired, hungry tourists. Avoid anywhere with ‘hawkers’ on the street trying to pull clients in and head to the smaller backstreets and outer neighbourhoods for more authentic, better value, meals. Planning a few meals before you arrive will cut down on the probability of a bad meal.

Watch out for extras

Sometimes the bill can arrive with some unexpected euros added, which can feel like you’re getting ripped-off, so it is handy to bear in mind some of the common extras. Restaurants regularly add a service charge, or cover charge, which will be written in very small letters somewhere on the menu, and frequently charge for bread – so wave it away if you are not planning on eating it. It is also uncommon to ask for tap water in restaurants, so be prepared to pay a little extra for bottled water with your meal. Also note that most cafés generally have two prices, depending on whether you stand at the bar or sit at a table (note all of the Italians standing up drinking espresso).

Rome is blessed with a never-ending supply of fresh water thanks to the nasoni (water fountains) found throughout the city. These iconic drinking fountains draw on the fresh spring water that was brought into the city by the ancient Romans and are a lifesaving – and free – resource in the hot summer months. 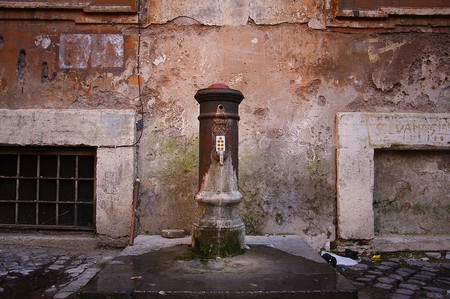 Keep an eye out for strikes

There are regular public transport strikes in Rome, which lead to intense traffic and a lack of available taxis. Occasionally the national trains and airports also strike, causing chaos if you are arriving or departing the city. Hotel concierge services will usually be able to inform guests of any potential problems, but it is also useful to check English-language news websites, such as Wanted in Rome or The Local for a heads-up.

Watch out for pickpockets

Rome is generally a safe city and visitors should not worry about strolling the streets at night. However, like any major capital, there is always a risk of pickpockets, so keep valuables safely tucked away. Hotspots include the principle tourist sights, busy metro stations and Termini train station. Also watch out on the 64 and 40 buses, which run through the city center.

Part of Rome’s picture-postcard appeal lies in its beautiful cobbled streets and winding alleyways, but the desire to explore can lead to sore feet. Bear in mind that most of the sights involve a fair amount of walking and the best way to see the most stunning parts of the city is to wander between fountain, piazza and church, so keep the stilettos at home.

Don’t try to do too much

The city of Rome spans 3000 years and boasts a wealth of history, art and architecture almost beyond comprehension. There are numerous museums, churches and monuments to discover, but it is also important to see a little of the local culture by taking a lazy lunch or experiencing a real Roman dinner. Take time to ‘do as the Romans do’ and soak up the laid-back atmosphere.