Reasons to Put Capri, Italy, on Your Bucket List 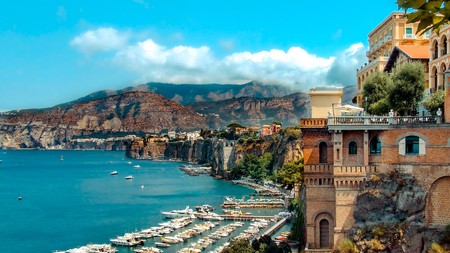 For a slice of luxury and beautiful outdoor adventures, Capri is the place to go | © Martyna Bober / Unsplash

The island of Capri is famous for many reasons. It has jaw-dropping natural beauty, delicious cuisine and world-class shopping. It’s also a place to see and be seen – there’s a reason why so many celebrities anchor their yachts in Marina Grande. Here is why you should put Capri on your bucket list.

Trace a line west off the Sorrento peninsula and you’ll hit Capri, an island that’s long attracted the rich and famous to its shores. But beyond the material trappings lies an undeniably picturesque backdrop – craggy cliffs, turquoise sea and pastel-hued houses covered in bougainvillea. Here are our top reasons why you need to visit Capri once in your lifetime.

Watch the world go by in the Piazzetta 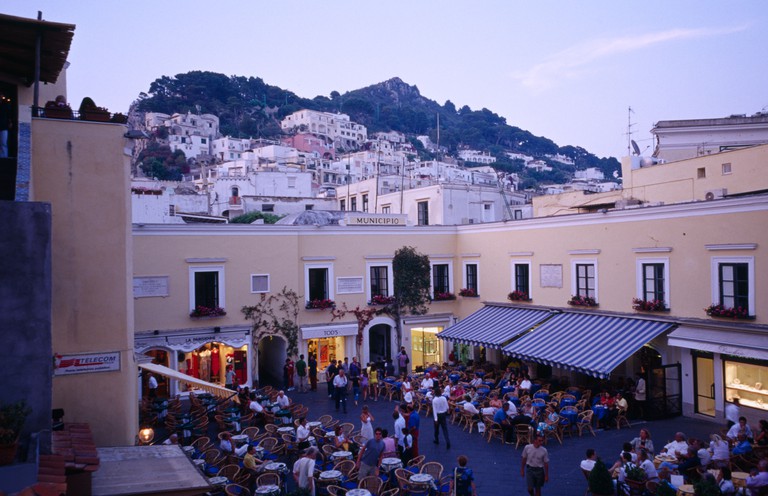 This world-famous public square’s official name is Piazza Umberto 1. In the Caprese dialect, it’s called a chiazza, but it’s best known as the Piazzetta. Here, the clock tower chimes every 15 minutes, while the various cafés are full around the clock, from early-morning cappuccino drinkers to late-night, after-dinner digestivo sippers. The busiest time is before dinner when the well-dressed stop for a drink.

Marvel at its natural beauty from the water 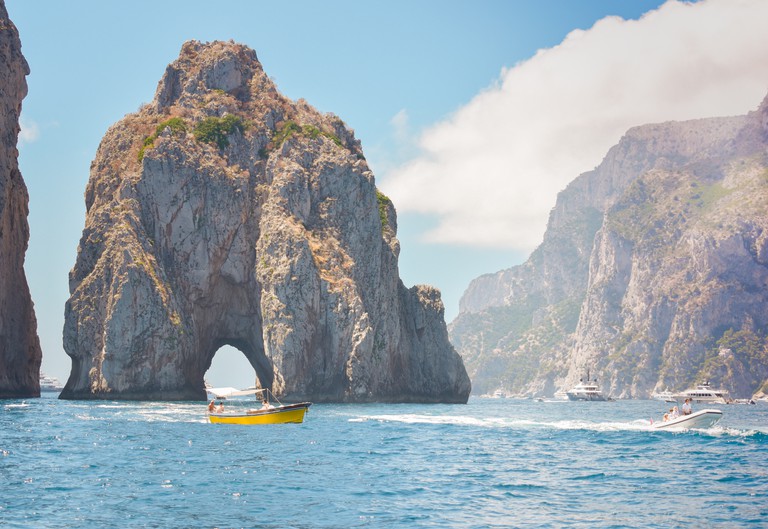 On a hot summer day, beaches in Capri are packed, so the best way to experience the refreshing water without the hordes of people is on a boat. Hire a skipper and spend a few hours swimming in rocky coves and emerald-green grottos. If you are short on time, there are also larger crafts that give one-hour tours around the island.

Sunbathe in one of the exclusive beach clubs 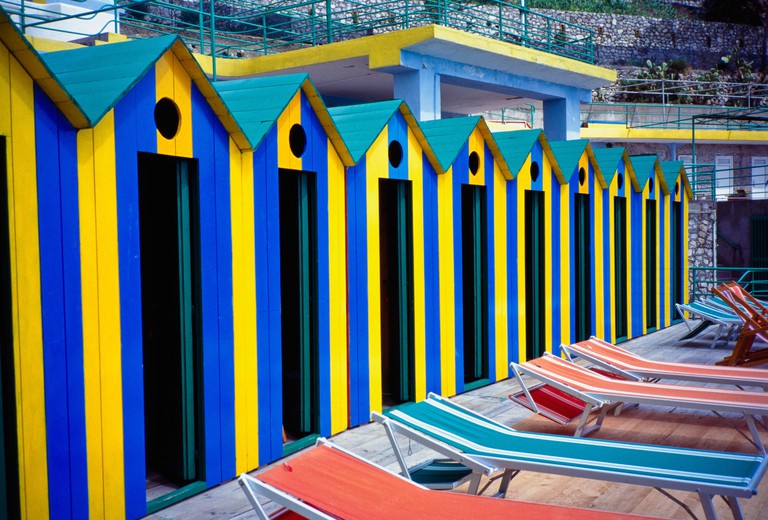 Going to the beach is different in Capri. Instead of a long, empty stretch of sand where you can plonk your towel anywhere, this island is rather more organised. Clusters of loungers and umbrellas sit in picture-perfect rows on the few narrow beach coves. These private beach clubs have bookable places to lounge, changing facilities and usually a restaurant. If you’re on a budget, head to Marina Piccola; there are three small beach areas where you can squeeze onto patches of pebbles with local residents for free.

The Blue Grotto has been bewitching visitors since the time of the Roman emperor Tiberius, who loved it so much that he commissioned statues to decorate it. The grotto’s extraordinary optical effect is created by the sunlight bouncing on the cave walls, producing electric-blue water that seems to glow. While on this tour, you’ll transfer into a small rowboat at the entrance, and depending on weather conditions, you may have to lie flat on the boat to fit into the cave. 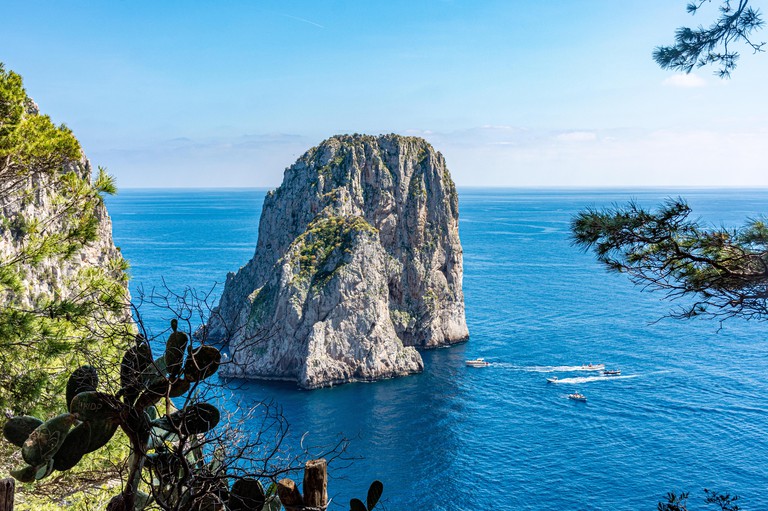 This massive rock formation, comprising three separate limestone stacks, is one of the first things you see on your way to Capri. It’s so large that on a clear day, you can even spot the Faraglioni from the Amalfi Coast towns of Positano and Praiano. The scenic overlook at the end of via Tragara and the flower-filled Gardens of Augustus provide the best views. You can swim next to them at the Da Luigi ai Faraglioni beach club and sail through them on a private boat tour.

Enjoy a view across the island from Anacapri 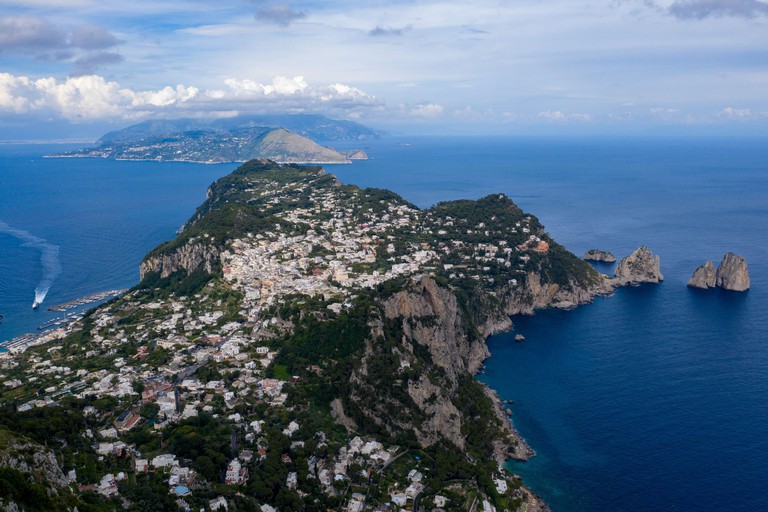 There are two separate towns on the island of Capri. Most visitors only visit Capri town, with its well-known attractions such as the Piazzetta, Marina Piccola and the famous shopping streets. However, there is another world a short bus or taxi ride away on the other side of the island. Anacapri is much more spread out and residential, and it’s where you can take the chair lift to the top of Monte Solaro.

With vine-ripened tomatoes, milky mozzarella, aromatic basil leaves and a drizzle of sharply flavoured olive oil, the Caprese salad is a must-try dish when you’re visiting Capri. You will find it on every menu. However, if you are in a hurry, stop by an alimentari (a small grocery shop) and order a panino Caprese to takeaway.

Tuck into a wood-fired pizza

While Naples, the birthplace of pizza, is less than an hour’s boat ride away from Capri, you don’t have to leave the island to try this delicious culinary creation. Capri is home to many dome-shaped wood-fired ovens and trained pizzaiolos, so take a break from seafood and spend an evening discovering how a simple margarita pizza and a cold draft beer can be a gourmet experience.

Indulge in a slice of Torta Caprese 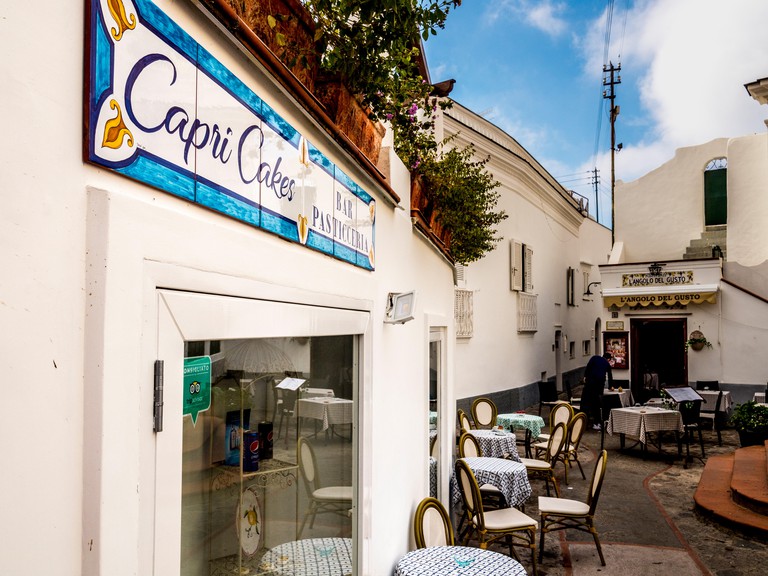 The island’s most famous dessert is a dense flourless chocolate cake, made with toasted ground almonds, dark chocolate, sugar and eggs. Its origins are murky, with tales of cooks startled by a fearsome crime boss or forgetful sisters as the reason behind the missing flour. The result is a rich confection that happens to be gluten-free. 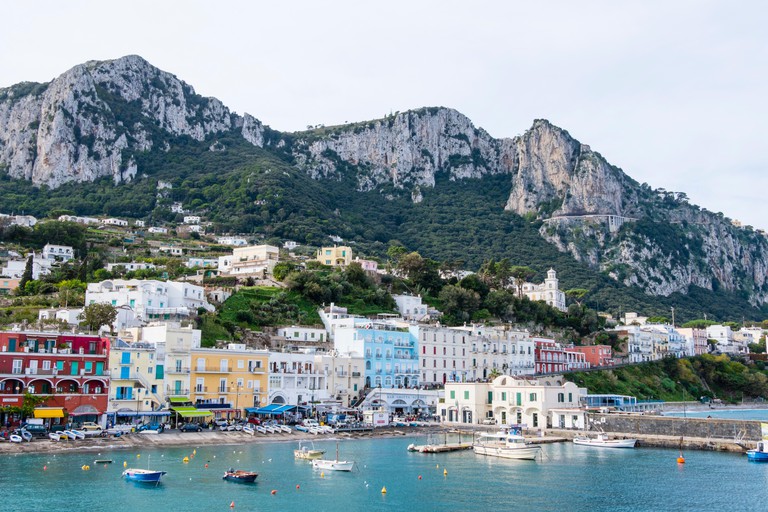 Every summer, the docks in the exclusive private port in Marina Grande fill up. On the other side of the island, Marina Piccola is dotted with some of the world’s most expensive yachts. Capri has been a star-studded destination since the heady La Dolce Vita days of the late 1950s when celebrities such as Jacqueline Kennedy Onassis, Elizabeth Taylor and Sophia Loren put the island on the jet-set map. Today, you may spot Beyoncé’s yacht, spy the designer Valentino having his morning cappuccino or see Lenny Kravitz do a quick set at a nightclub.

Hike one of the awe-inspiring coastal trails 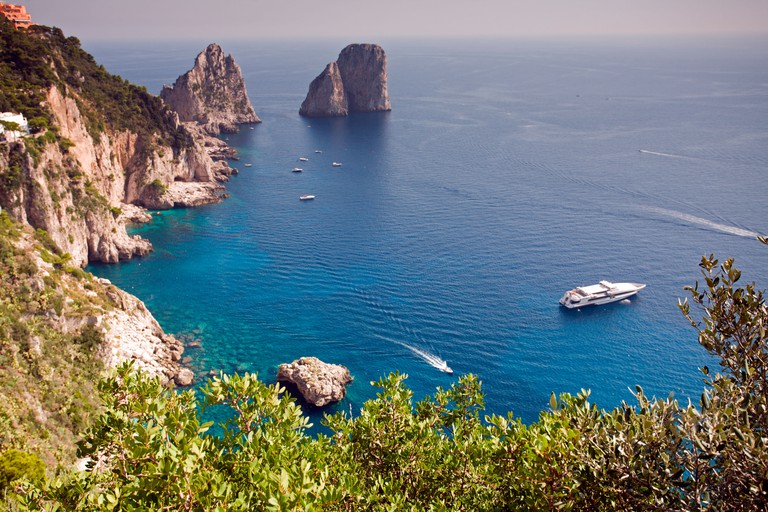 Capri has many wild hiking trails and walking paths. The Pizzolungo, which comprises a series of steps, wooded trail and paved path, will take you from the Arco Naturale (Natural Arch) through an ancient forest grotto, past the modern architectural marvel of the Casa Malaparte to an exceptional lookout point over the Faraglioni. Meanwhile, the Path of the Little Forts in Anacapri is a great walk to take for a beautiful sunset panorama of the lighthouse. If you’re looking for more of a challenge, climb the 921 Phoenician stone steps that link Anacapri to Marina Grande.

Party in Italy's most vibrant nightclubs 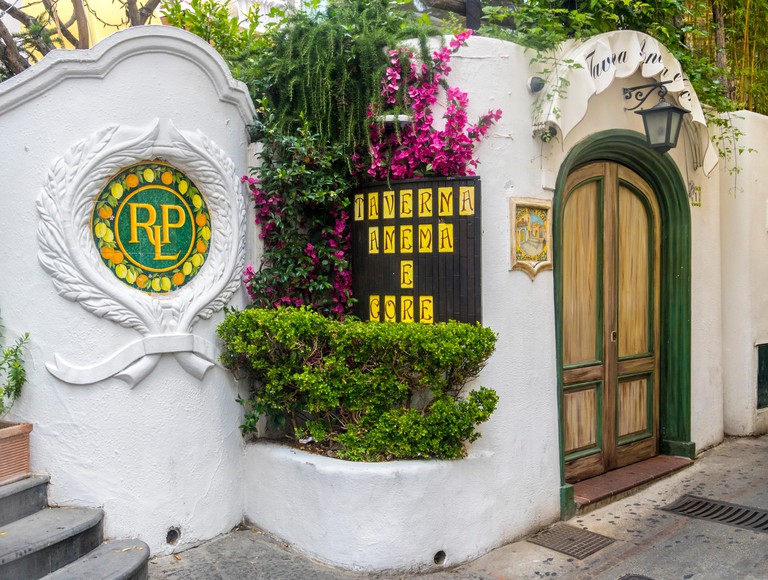 Capri is a late-night town. It is perfectly normal to sit down to dinner after 10pm, and nightclubs don’t even open until after midnight. The nightlife hotspots are mainly concentrated around Piazzetta and the Quisisana. Start the evening with cocktails at Jacky Bar, before swinging by Taverna Anema e Core (known for its traditional Neapolitan tunes). Top tip: take a nap in the middle of the day, so you can make it through ’til dawn.

After exploring the island, you’ll need somewhere to lay your head – try the best hotels or villas in the area, now bookable via Culture Trip. If you’re hoping to continue your visit, head to Naples where there’s a range of things to do, including galleries and architectural features that are a must-see. The city really is a destination worth visiting – discover why, if not only for the bars that call Naples home.