12 Musicians to Know From Rome 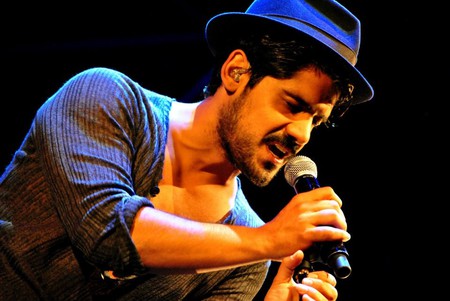 Italy has a rich history of musicians and singer-songwriters, but aside from the occasional novelty summer smash, non-English language music rarely makes it into the U.K. Top 40. With homegrown talent or U.S. artists dominating, there’s little room for European musicians outside of their own country.

Discover what you’re missing, starting with these 12 musicians all hailing from the Eternal City.

Known as the ‘prince of singer-songwriters’, De Gregori cites Bob Dylan and Leonard Cohen among his influences and his gentle, easy-listening style has won him fans young and old. His 1975 album Rimmel stayed in the charts for 23 weeks after its release, while Titanic, released in 1982, was one of the decade’s bestsellers. De Gregori continues to make music, an album of Bob Dylan covers released in 2015 and a live album titled Sotto il Vulcano in 2017.

One of Italy’s most famous and most influential musicians. Lucio Battisti’s impact was so great he even had a minor planet named after him by Italian astronomers. His partnership with lyricist Mogol was especially prolific and resulted in his most commercially successful work. Check out some of his popular songs, La Canzone del Sole and Il Mio Canto Libero.

Max Gazzè’s upbeat pop-rock style makes him a favourite with radio stations across Italy, so even tourists and visitors to the country might be familiar with his work. The singer-bassist-composer writes with his brother Francesco, producing hits such as Ti Sembra Normale and La Vita Com’è. As well as making music, Gazzè has also acted in a number of films.

A contemporary of Max Gazzè, Daniele Silvestri is another of Rome’s famous singer-songwriters. The pair also form two-thirds of the trio Fabi Silvestri Gazzè. Silvestri’s 1994 self-titled debut album won Italy’s most prestigious award, the Targa Tenco and his 2002 single Saliró won the Critics’ Award at the Sanremo Music Festival.

Alessandro Mannarino takes inspiration from stornelli, traditional folk songs sang on the streets of Rome. His deep, smooth voice is the perfect pairing to his modern take on old-fashioned storytelling and well suited to the often character-led, fable-like songs. Listen to La Strega e il Diamante (The Witch and the Diamond) and Il Pagliaccio (The Clown).

Since her first solo album in 1986 Fiorella Mannoia has been a constant presence in the Italian music scene. She has participated in the renowned Sanremo music festival five times, winning in both 1987 and 1988. More recently, in 2017, she came in second place in the contest to Francesco Gabbani, better known to Brits as Italy’s Eurovision Song Contest entry who was joined on stage by a dancing gorilla.

Born in Latina, just outside Rome, Calcutta is influenced by Italian heavyweights Lucio Battisti, Lucio Dalla and Luca Carboni as well as by Brazilian music. Since his debut in 2012, he has also penned songs for Italian rappers, J-Ax and Fedez. Begin by searching out his hits Frosinone, Cosa Mi Manchi a Fare and Oroscopo.

Coez began his musical career as a rapper in the group Brokenspeakers but is better known these days as a solo singer. In 2014, he participated in the Hip Hop Smash The Wall project between Italy and Palestine, a cultural exchange through music which included artists from the Gaza Strip, Nazareth and across Italy.

Composer, musician, conductor and orchestrator Ennio Morricone is world renowned for his work in film. He won his first Oscar in 2016 for his score in Quentin Tarantino’s The Hateful Eight and, among many other awards, has four Grammys, three Golden Globes and six BAFTAs to his name. Some of his most memorable and celebrated scores were created for Sergio Leone’s ‘spaghetti westerns’, including The Good, the Bad and the Ugly (1966) and Once Upon a Time in the West (1968).

Born in Rome in 1988, Margherita Vicario studied at the European Academy of Dramatic Art and has starred in films such as Pazze di Me, L’universale and To Rome with Love. In addition to acting, Vicario is also a singer-songwriter. Her best-known songs include Per un Bacio (For a Kiss) and La Matrona (The Matron).

Claudio Baglioni has sold over 55 million records worldwide, most notably his 1985 album La Vita é Adesso (Life is Now) which stayed in the charts for 27 weeks. Considered one of Italy’s greatest pop singers, his signature melodic style has ensured his consistent success from the 1970s to today. Discover his most well known ballads Questo Piccolo Grande Amore and Sabato Pomeriggio.

Antonello Venditti is one of Italy’s best selling artists, famous for his songs that often explore social and political issues of the time. Venditti’s passion for his native city is another recurring theme, as heard in his songs Roma Capoccia, Grazie Roma and Roma, Roma, Roma, the official anthem of AS Roma football club. Sang by thousands of emotional fans at every AS Rome home game, the lyrics describe the city as the ‘one great love’.