11 Things No One Tells You About Living in Italy 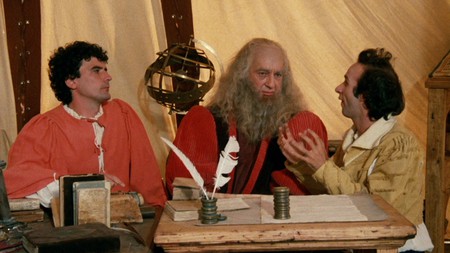 There's more to Italy than the stereotypes | WikiMedia Commons

Living in Italy has long been a kind of cultural shorthand for the good life. Italy! The word seems to say, leave behind your workaholic brain, eat just what you’ve always wanted, and – for once – indulge your poor, efficiency-driven, guilt-ridden self in unabashed pleasure. See, for example, the Eat portion of Eat Pray Love, the entirety of Under the Tuscan Sun, or Hollywood classics like Roman Holiday. But while Italy is often delightful (and delicious), it is more than just a pleasure palace for the discontented. It’s a country, and life here brings the good, the bad, and everything in between. Here are some things you don’t often hear about life in Italy.

Italy was hit particularly hard by the 2008 recession, and its institutions are still reeling from the economic downturn. Small businesses suffered, unemployment steadily rose in the following years and youth unemployment is currently at an astounding 35%.

Because of the lack of decent job opportunities here in Italy, many bright young people are leaving to seek gainful employment abroad. It’s called a ‘flight of brains’ here, and it means the country faces an uncertain future.

Italy is not just Italian

Italian culture is not monolithic or static – it’s an ever-changing mix produced by all the different social and cultural currents that move through this little Mediterranean peninsula. At this extremely global moment in history, that means that the country is quite diverse, home to people from all over the world who bring their own customs and traditions into the mix. 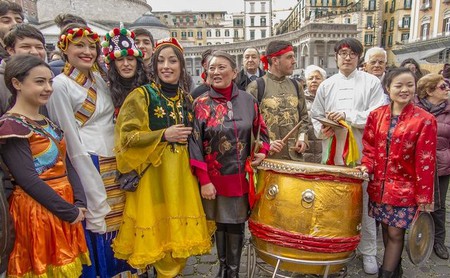 Evading taxes is a national sport

Up there with football, the other most beloved pastime of Italians is practicing tax evasion. Chalk it up to the famously convoluted Italian bureaucracy or the imbalanced tax policies, but everyone’s trying to game the system here.

Before the eminently tweetable antics of Trump, there were the totally televisable antics of Berlusconi, just as orange as his American counterpart and no less toxic. His 20-year stranglehold on Italian politics wrecked havoc on the nation’s systems and institutions, and his impact lingers to this day. In fact, he’s still pulling the strings from his cushy retirement and is currently poised to re-enter the political scene. How’s that for a real-life nightmare?

The problems of systemic racism are as real here as anywhere else, and Italy boasts a significant number of Neo-fascists and xenophobes, as seen in movements like LegaNord. Yet, there’s also a strong legacy of anti-fascism and solidarity, as well as many people who are open-minded and curious.

An abundance of culture

Everyone knows about Italian film, Italian fashion and Italian food, but what about other areas of cultural production? Did you know, for example, that Italy has a great tradition of comic books? Artist and writers like Gipi and Zerocalcare work in their own style that’s distinct from American comics or Japanese manga. There’s also a strong tradition of singer-songwriters, such as Rino Gaetano, Fabrizie De Andre and Lucio Dalla. Going back further in history, there are fantastic modern novelists like Italo Calvino and Alberto Moravia.

A post shared by Livraria Martins Fontes (@livrariamartinsfontes) on Jun 24, 2017 at 2:46pm PDT

Nothing is talked about more when it comes to all things Italy, but it bears repeating. In the country which gave birth to the slow food movement, it’s no surprise that the principles of good eating are a part of everyday life. There’s much less emphasis on the idea of food as fuel, fodder for a guilt complex, or bougie Instagram material. Food has to be delicious, and it should be eaten around the table, with friends and family.

There’s more than one Italy

Another one that’s more widely known but still relevant: Italy wasn’t united until the 19th century, which means that regional differences really persist. There’s a huge historic disparity between north and south that persists to this day. Even from town to town, there can be interesting variations in the customs that people have, the dialects that people speak, and the food people eat. And, of course, life in little countryside villages where traditions are still strong will be very different from life in big, modern cities like Milan. There’s no one Italy, so forget your stereotypes.

The mafia is real and terrifying

In parts of southern Italy, there are no public systems of accountability that can overrule the mafia. Within their territory, these groups can exercise power without fear of punishment. That includes skimming massive cuts from public and private sector businesses, burning toxic waste to poison the soil in Campania and even using slavery to do agricultural work.

Visitors may only see the glitz and sparkle, but those living in Italy know that tourism has a cost. Small Italian towns with an international fame are encountering an entirely new beast in the rise of mass tourism in recent decades. The most immediate problem is overcrowding, because places like Florence and Venice were not built to handle such volumes of people. It also leads to a loss of authentic culture, as tourist traps that make quick and easy profits from visitors crowd out local businesses. UNESCO has actually threatened to put Venice on the list of World Heritage Sites In Danger due to these kinds of problems.