11 Scams All Tourists Should Avoid in Italy 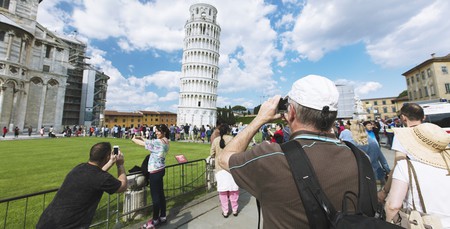 Italy is home to some of the most beautiful archaelogical sites of the world and also offers a variety of things to see and do. It is a place that everyone should visit at least once in their lifetime, but if you decide to travel to Italy, you need to be prepared to avoid a lot of scams. Read our guide to protect yourself while visiting this amazing country.

If you have been to Rome, you know what I’m talking about. Guys dressed like gladiators were outlawed two years ago, but you’ll find them today in front of the Colosseum. They’ll ask you to take a picture with them, but don’t do that; after the pic, they will pester you for money. 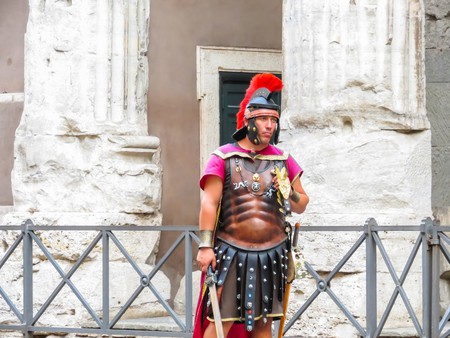 Pickpocketing may be the most famous scam in Italy, and the rest of the world, and there are plenty of variations to list here. However, pickpockets usually work in pairs, one distracts the victim and the other snatches, then they disappear into the crowd. 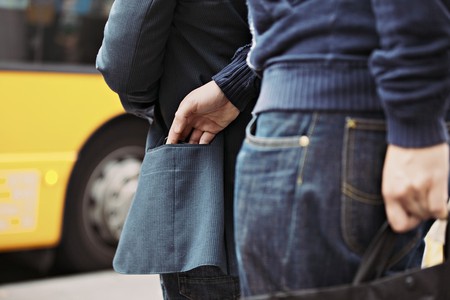 Pickpocket in the act | © Jacob Lund/Shutterstock

When people travel, they love to take souvenirs back home. That’s fine. What you don’t have to do is buy them on the streets where vendors sell fake products at good prices. If you are caught with a ‘knock-off’ bag, you can be charged with a €10.000 fine by police. You have been warned.

Couples pay attention: In Italy it is common, while eating with your partner, to be interrupted by scammers who pass you a rose. If you want to buy it, no problem, take it and give the seller a few euros. If you don’t, then don’t make the mistake to take the rose, or your husband/boyfriend will appear rude if he forces you to pass the rose back to the man.

In the most famous and touristic places of Italy, such as Vatican City and Uffizi, you will see unofficial tour guides waiting for people to scam. Be smart and avoid them and join reputable tours or visit the city by yourself. 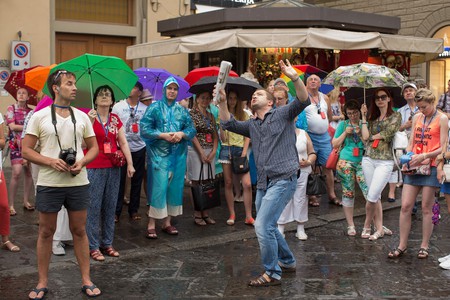 When you are traveling via taxi, always ensure the meter is on and check it at the start of your trip. 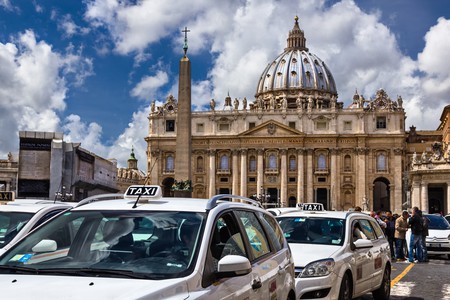 The fake car crash is used mostly in the south of the country, where there are drivers with old cars who intentionally bang into your vehicle just to claim damages.

This scam is popular in the big train station, such as Rome, Naples, Milan, where you’ll find unauthorized ticket helpers who will ask for a tip from you. Never accept help from friendly people, mostly if you are traveling alone. If you need help, then ask the official staff of the train stations. 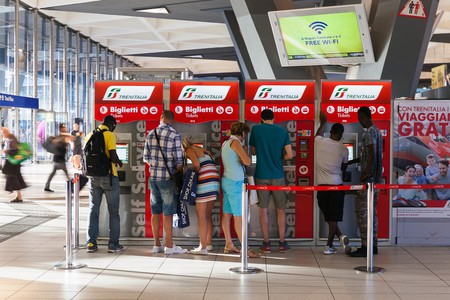 Maybe the most typical scam around the entire world. Just some advice: Count your change every time. In Italy there are still those who give back an old 500 Lira which looks like the current 2€ coin. Pay attention to avoid these scammers.

No matter if you are in the most touristy bar of Venice or in a tiny café in a hidden village, in Italy prices are different if you sit down at the table or stand up at the bar. Extra charges are very high, sometimes you pay 3-4 euros more just to sip a seated cappuccino.

When it comes to food, avoid the tourists trap and go straight to a typical Italian restaurant frequented by locals. Ask if there is an English version of the menu and also an Italian one. Compare the prices. 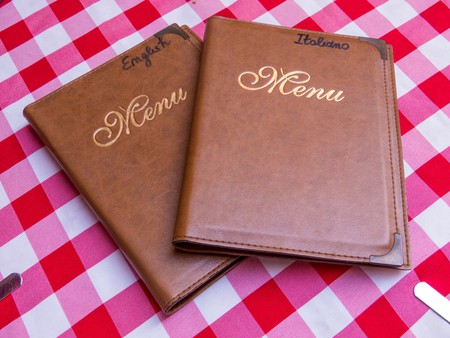 English versus Italian menus | © Diego Fiore/Shutterstock
Give us feedback