11 Hidden Gems in Florence Even Locals Don’t Know About 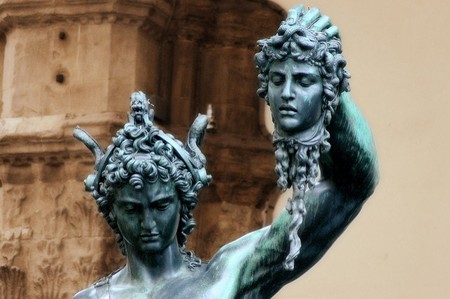 It’s no secret Florence is home to worldwide pieces of art and architecture. The town is famous for its majestic cathedral, Giotto bell tower, Uffizi Gallery and Ponte Vecchio, but it also has plenty of hidden gems that are worth a look.

Just 30 minutes from the historical city centre of Florence, Villa Demidoff is a must-see spot: an elegant villa with a beautiful garden where a majestic 16th-century statue representing the Apennine is hidden, the Colosso dell’Appennino realized by Giambologna. If you have extra time while you are in Florence, it is totally worth a visit. 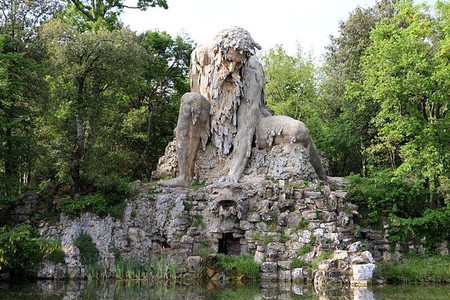 If you’ve already visited Florence or know it well, avoid the famous and crowded museums, such as Uffizi Gallery and Accademia, and head to San Marco Museum. It is located inside a Dominican monastery and hosts beautiful pieces of art from the 16th-century, including works painted by the great Beato Angelico. A plus here is that you’ll not find lines or hordes of people! 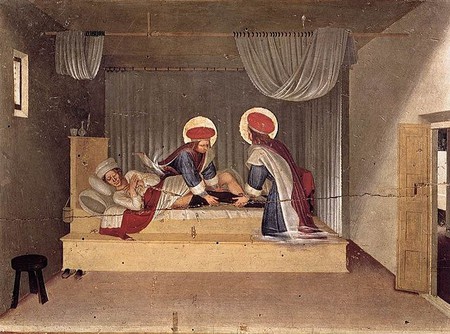 The Healing of Justinian by Saint Cosmas and Saint Damian, Beato Angelico | ©Sailko/WikiCommons

Just a few steps from the beautiful Basilica of Santa Maria Novella, Todo Modo is the coolest bookstore in Florence to find a great selection of English and Italian books. Todo Modo is not just an ordinary bookshop but also the perfect place for brunch or a quick lunch. 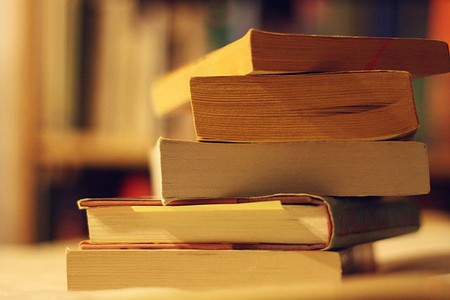 If you’ve had enough of tourists and selfie sticks, head to Oltrarno, the other side of Arno river, the less-crowded and coolest neighbourhood of Florence. Here, on Borgo San Jacopo, a secret street near Ponte Vecchio, you can admire beautiful palaces including towers, and take in spectacular views over the old bridge and river.

Founded by Dominican friars in 1221, Officina Profumo Farmaceutica is a true hidden gem of Florence close to Santa Maria Novella train station. Here, you’ll not find medicines, but delicious scents and perfumes. Did you know that the first perfume (considered in the modern way) was made in Florence when Catherine de Medici asked for a scent for her wedding? 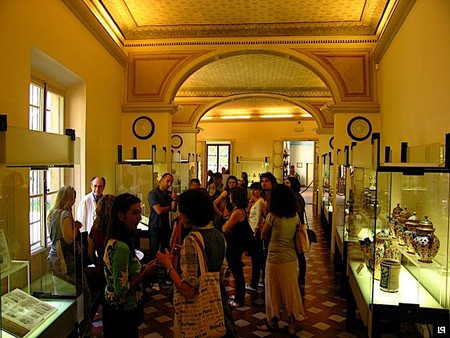 Street Art in Via Toscanella

Near the majestic Piazza Pitti, with its stunning Pitti Palace, there is a narrow, hidden street with beautiful murals. The name is Via Toscanella, and for street art enthusiasts is a must-see in Florence.

There is nothing better than going to the flea markets to live the authentic spirit of a town. The most famous flea market of Florence is the one located in Piazza dei Ciompi: here, you can buy good second-hand stuffs or antiques to decorate your home. 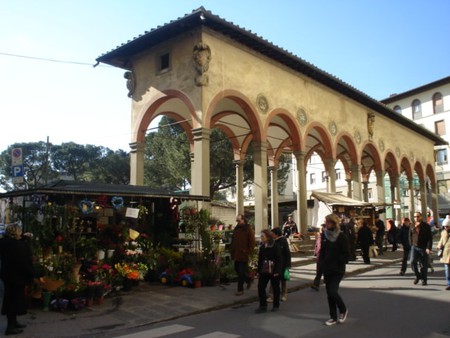 On the façade of Palazzo Vecchio, the administrative city centre of Florence, you can spot a hidden face carved by Michelangelo. The artist used to spend most of his time in the square and, by the legend, he carved the face of a man who used to bore him with stories behind his back while he was pretending to listen.

When in Florence, pay attention to the traffic signs! Why? A local artist called Clet has added stickers to them since the summer of 2010. Now they are part of the art scene of Florence, even if many people, including the administrators of the town, don’t really appreciate them. 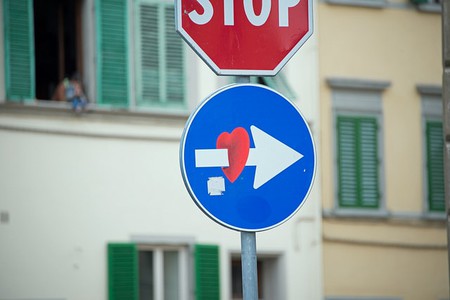 Perseus With the Head of Medusa

One of the most beautiful places to visit in Florence is Loggia de’ Lanzi, a coveted pavilion near Palazzo Vecchio with several statues made by Italian artists. One of the most famous is the Perseus with the Head of Medusa, sculpted by the great Benvenuto Cellini. The cool thing here is not only the front of the statue, which is spectacular, but also the back where there is a face carved into the back of Perseus’s head. This is the self-portrait of Cellini himself.

Beside the famous Boboli and Bardini gardens, Florence is also home to a secret, private garden, the Torrigiani Garden. It is the largest private garden in Europe situated within city boundaries. Torrigiani Garden was transformed by the owner Marquis Pietro Torrigiani into a romantic park in the English style and now is a green oasis in the middle of the town. 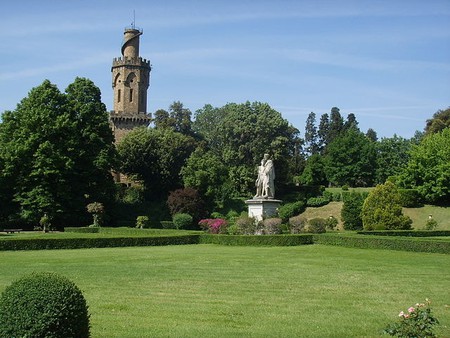