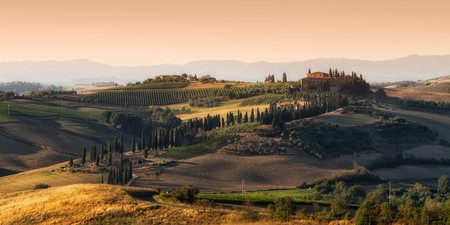 Florence is one of Italy’s most popular tourist destinations, but just outside of the famous city there are beautiful towns, stunning hilly landscapes and charming villages that can be reached by a short trip. Here you’ll find gorgeous day trips from Florence that are definitely worth a look.

Pisa is one of the most famous Italian towns and it is also a good option for a day trip from Florence. Of course, you need to visit the leaning Tower of Pisa, a white marble bell tower that would have stood 185 feet high had it not started to lean during construction. Although the tower is Pisa’s most popular attraction, in Piazza dei Miracoli there is also the cathedral and the baptistery attached to the tower that should not be missed. 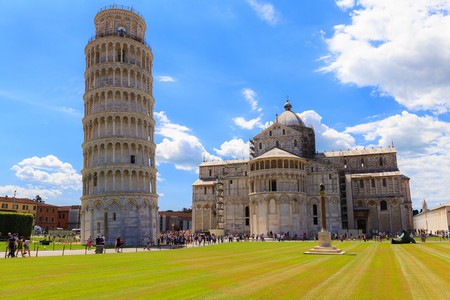 Siena is one of the most popular day trip destinations from Florence. This ancient city is a masterpiece and it’s no surprise that the entire town centre is a UNESCO world heritage site. Siena is famous for its Palio, a horse race which runs in Piazza del Campo two days a year. The city is also known for its treasures such as the cathedral – a masterpiece of medieval architecture, the Palazzo Civico with its stunning frescoes, and Torre del Mangia, a 400-steps tower for amazing vistas of the city and surroundings hills. 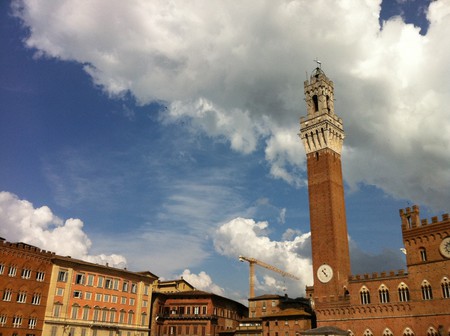 For those who want to combine city and sea, Livorno is the right place to visit. On the coast of the Tyrrhenian Sea, Livorno is one of Italy’s traditional seaside resort towns. Providing less of a historical art and culture experience than other Tuscan cities, Livorno is a place to simply lay back and relax. It has its charm: from Fortezza Vecchia, the old fortress near the port, head to Quartiere La Venezia, a nice neighborhood with bridges and canals that make it look like a small Venice, and then on to Terrazza Mascagni, maybe the most beautiful terrace in Tuscany. 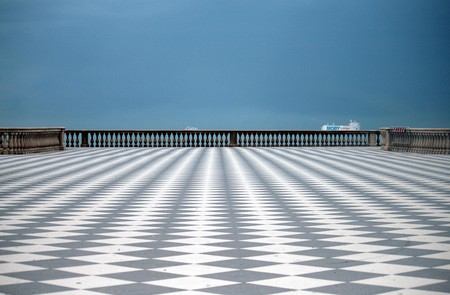 Val d’Orcia is a picturesque area of Tuscany that is around a two-hour trip by car from Florence. The entire region is protected as a natural park and includes several villages, castles, hamlets and farmhouses that visitors can get to all in one short trip. The most famous town is the hilltop city of Pienza, a UNESCO world heritage site with fabulous architecture and incredible views over the Crete Senesi area. 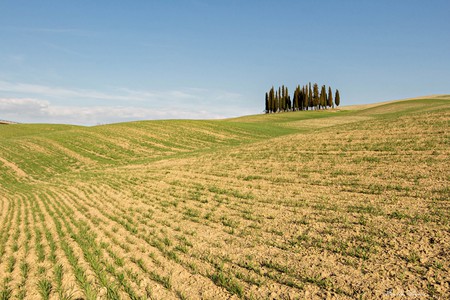 Located between Florence and Siena, San Gimignano is one of the nicest villages in Tuscany. It is just an hour by road from Florence and the road itself is a piece of art with its vineyards, olive groves, hills dotted with rustic agriturismos and ancient farms. San Gimignano boasts 14 medieval towers (once 72) and overlooks picturesque hills. The best thing to do here is stroll along the narrow cobblestoned streets and admire the stunning medieval buildings. Did you know that San Gimignano is also called “the medieval Manhattan” because of its ancient towers? 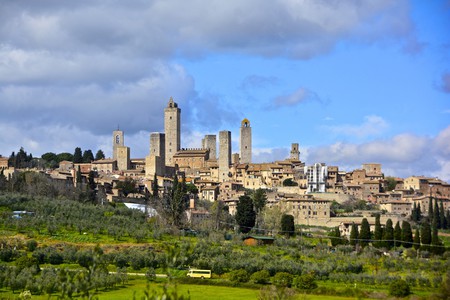 This charming little town, known for its Etruscan origins, is located in an excellent place between Florence, Pisa, Siena and the coast. Its peculiar urban layout reminds of its Etruscan origins (people can visit part of the majestic walls built in that era) but there are also many Roman remains to visit, such as the Roman Theatre. It was relatively unknown to tourists until the Twilight series, but fans might be disappointed to know that the movie scenes were actually filmed in Montepulciano. 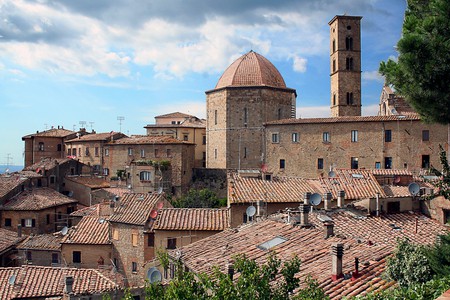 This region which inspired many artists and photographers includes Florence, Siena and all the area between these towns. Chianti is the most popular area in Tuscany for many reasons: fabulous landscapes, charming agriturismos, delicious food, small towns and, of course, one of the best selection of wines in the world. It is possible to spend an entire day tasting wines and visiting the vineyards. 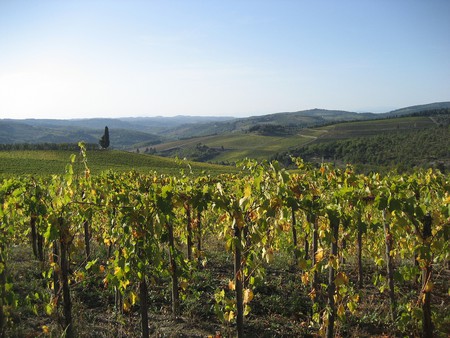 This ancient Etruscan walled-town is the perfect day trip from Florence if you want to avoid the crowds. To relax after the chaotic atmosphere of Florence, sit down in one of the bars of Piazza Garibaldi and take a light lunch before starting your visit. Stroll down through the narrow streets of the centre, admire the lovely palaces and churches and then head to Giardini Parterre, a park with magnificent views across the Valdichiana region. 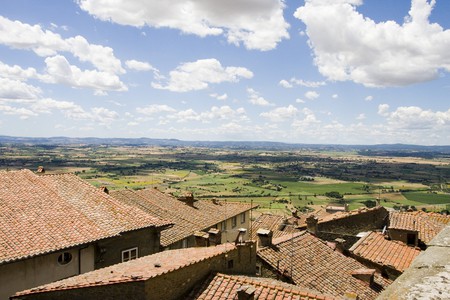 Lucca is much smaller and less touristy than Florence, Pisa or Siena. A must-see spot in town is Piazza dell’Anfiteatro, an oval square with houses built into the walls of the Roman amphitheatre. The Duomo of San Martino also worth a visit because it houses many art treasures, such as Tintoretto’s Last Supper. For a unique sight, you should visit Palazzo Guinigi with a tree growing from its tower. At sunset, stroll along the ancient walls to admire the best panoramas over the city. 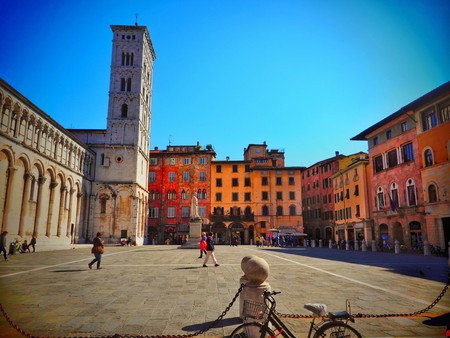 Montepulciano is a medieval village nestled in the Province of Siena which boasts terrific landscapes, castle walls, thermal springs and excellent wine. Indeed, it is famous worldwide for its Vino Nobile, an Italian product known worldwide. Montepulciano is also known as a jewel of the 16th century, thanks to its fabulous Renaissance architecture and art. 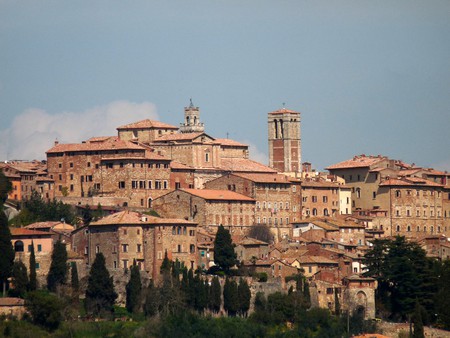 Arezzo is not the most typical of tourists spots and this is the reason why you should visit it, before everyone else discovers it. Arezzo is a wealthy city with a rich history of goldsmithery that still continues today. This opulence is reflected in the impressive Duomo which took almost 700 years to complete. Another not-to-miss spot is the Church of San Francesco, which hosts the frescoed high altar chapel by Piero della Francesca. If you are in town the first weekend of the month, don’t miss the popular and fun Arezzo Antique Fair. 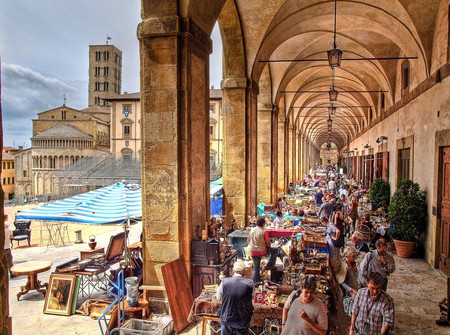 Antiques Fais in Arezzo | ©Anguskirk/Flickr
Give us feedback