11 Books To Read Before Visiting Italy 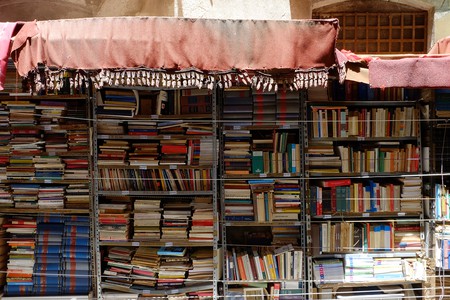 Italy has inspired creative minds throughout the millennia, artists have painted its wonders, filmed in its quiet streets, and written books that transmit the sights, smells and passion of this historically rich and beautiful country. Channel your wanderlust with these great reads that will prepare you for your next trip to Italy.

This love story was inspired by Ernest Hemingway’s own experience as part of the Red Cross ambulance corps, stationed on the Austrian front in Italy in the final year of the First World War. The protagonist is Lieutenant Frederic Henry, a young American ambulance driver serving in the Italian army, who meets Catherine Barkley, an English nurse’s aide stationed at a British hospital base. Catherine longs to escape her grief from the recent death of her fiancé, Henry longs to escape the state of emotional detachment and numbness that the war has left him in. The book follows the evolution of their romance and their journey through Italy. It takes them from the army base in the mountains of the modern territories of Trentino and the South Tyrol, through Milan, where Henry is hospitalised, and finally a dramatic escape across Lake Maggiore into the ‘safety’ of Switzerland, where the final chapters of the story unfold. It is not a pacifist text, but the novel irrefutably addresses the futility of war. All of its main characters are doubtful of the supposed glory of war and resentful of its destruction. The Italian retreat is retold in Hemingway’s signature pragmatic and unembellished prose, serving to expose all of the battle’s brutality and the irrationality it draws out in people. The notion of loyalty and abandonment, considered in relation to both love and politics, is another major theme. This piece of seminal 20th-century American literature retells one of the many fateful personal narratives born from the First World War in a truthful, touching way.

This is a vibrant story about Italy and its citrus fruit, and by no means a dry educational text. Helena Atlee weaves history, recipes and anecdotal humour to create an evocative and rich portrait of Italy and the immigrants who have shaped it. It journey’s from Lake Garda’s lemon houses and Liguria’s chinotto orchards to the decorative garden’s of Tuscan Villas, and then right down to Calabria’s scented bergamot groves and the lemon plantations of Sicily. You learn about the many historical and contemporary proprietors of the citrus industry, from the Mafia to Lubavitcher orthodox Jewish merchants, as well as heartwarming individual experiences. The recipes that accent Atlee’s citrus quest, transport you to Italy’s sun-drenched citrus groves and have you daydreaming about sitting in the shade of a blossoming, heavily scented lemon tree enjoying the sharp, refreshing flavours of this fascinating fruit family. The book is critically acclaimed, receiving applaud from the likes of chef Yotam Ottolenghi and the Financial Times gardening columnist Robin Lane Fox. 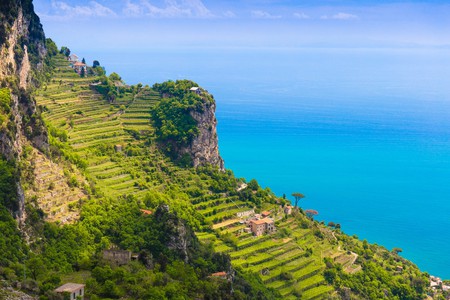 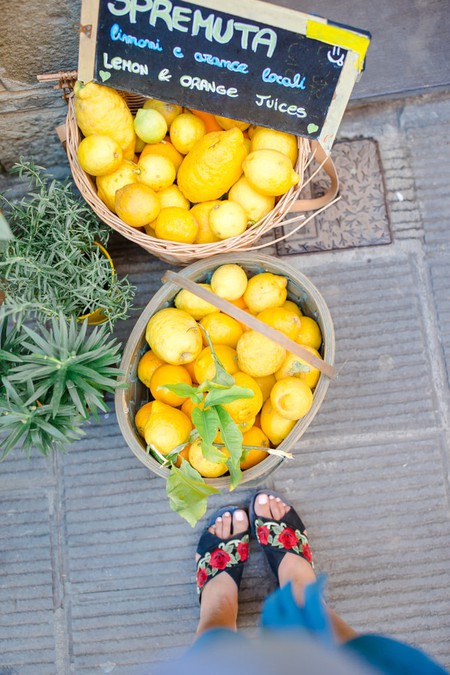 This is a psychological thriller about power, wealth and obsession set in the fictitious town of Mongibello, inspired by luxurious Positano on the Amalfi Coast. The protagonist and anti-hero, Tom Ripley, is a master manipulator and minor con artist. It is the early 1950s, and Tom is a poor graduate living in New York City when he takes advantage of an opportunity that crosses his path: he must persuade Dickie Greenleaf, the son of a rich shipping magnate, to return to America from Italy, where he is currently leading a hedonistic, unfocused lifestyle that disappoints his father. The stylish and charming Dickie is in Mongibello with his glamorous girlfriend Marge Sherwood. In the acclaimed and beautifully shot 1999 film adaptation, the couple is played by Jude Law and Gwyneth Paltrow and the maniacal Tom is brilliantly portrayed by Matt Damon. After an initial period of revelry on the sunny shores of the charming port town, Marge becomes suspicious of Tom’s behaviour, and his apparent obsession with Dickie. Things quickly unravel resulting in a murder in San Remo and Tom living a fraught and deceitful existence in Rome. The tense story climaxes in the shadows of Venice‘s narrow streets, but to outline the ending would be to ruin this seductive, intelligent page-turner. 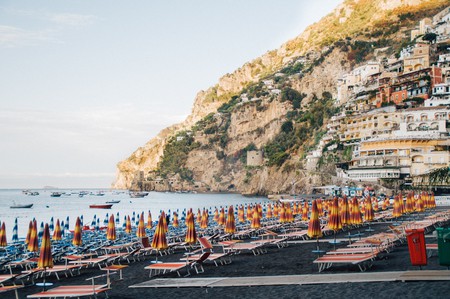 Italian author Elena Ferrante’s hit series, The Neapolitan Novels, have taken the literary world by storm. Originally published in Italian, the series became highly successful internationally when they were translated into English, a rarity for Italian authors. The novels are set in Naples and recount the friendship of two women, Elena and Lila, from youth to adulthood as they grow up amidst the poverty of post-war Naples and the subsequent political and social changes taking place in Italy during the 60s and 70s. The books cover numerous themes; including class conflict, destiny shaped by one’s social milieu, and envy and competition amongst female friends. If you read one, you will read them all. 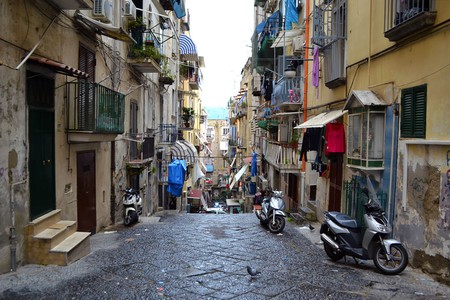 E. M. Forster’s iconic 1908 novel, A Room With A View, will make you fall in love with the city of Florence: the Arno River, Santa Croce, Piazza Signoria and Fiesole all feature prominently in the story. The novel is set in Italy and England and is both a romance and critique of English society at the turn of the century. It follows protagonist Lucy Honeychurch, a young upper-middle-class woman who struggles against the social hierarchy of England and experiences a different way of life in Italy – one that is more liberating, with more fluid social boundaries. Forster himself had experienced a similar epiphany during a previous trip to Italy and this served as inspiration for his highly lauded novel. The 1985 film adaptation starring Helena Bonham Carter and Maggie Smith is equally well reviewed. 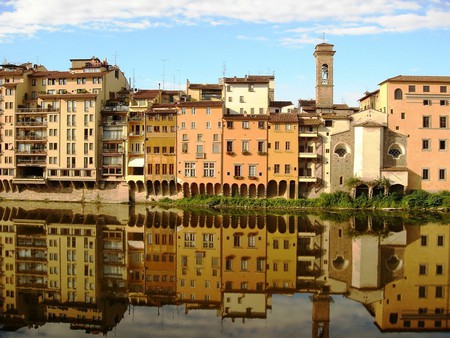 Florence, part of the Grand Tour and setting of E.M. Forster's 'A Room with a View' | © Pixabay

The Leopard, by Giuseppe Tomasi di Lampedusa published in 1958, is considered one of the most important novels in modern Italian literature. It follows a Sicilian nobleman who lives through the social and political turmoil brought on by civil war in Italy and the subsequent difficulties of Italian unification in the early 1800s. Tomasi himself was the last in a line of minor princes in Sicily and wrote the historical novel after the Sicilian island of Lampedusa was bombed by Allied forces in World War II. The novel explores the decline of the aristocracy, societal changes and our morality. 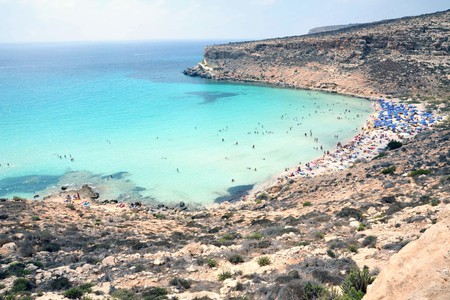 ‘The Betrothed’ by Alessandro Manzoni (1827)

Alessandro Manzoni is one of Italy’s national treasures and The Betrothed is internationally esteemed as an enduring literary masterpiece. The patriotic undertones of The Betrothed mean that it is also considered a symbol of the Risorgimento (the unification of Italy as a nation). The tragic tale of young lovers, Lucia and Renzo, is set in the province of Lecco during the Spanish occupation of Lombardy in the late 1620s. The couple is forced to flee Lecco after the tyrannical Don Rodrigo forbids them from marrying, because Rodrigo wants Lucia for himself. The book follows their treacherous path through famine, plague, imprisonment and encounters with the church, creating not only a gripping storyline but a historically interesting portrayal of life in 17th-century Northern Italy. Manzoni depicts Lecco, located on the eastern branch of Lake Como, with much grace and admiration. Many of the buildings mentioned in the story are still standing today, such as Chiesa dei Santi Materno e Lucia. 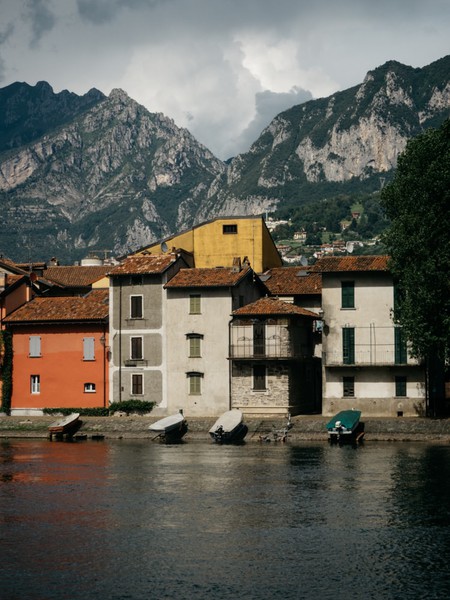 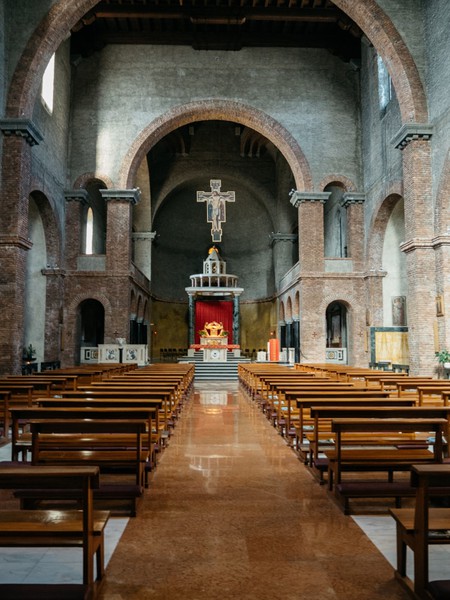 Another highly successful memoir-turned-film that shines a light on life in Italy is Elizabeth Gilbert’s 2006 Eat, Pray, Love. The book was on The New York Times bestseller list for nearly four years and the film starred Julia Roberts and Javier Bardem. The memoir recounts Elizabeth’s difficult divorce and her subsequent travels through Italy, India and Indonesia on a quest to enjoy life (“Eat”), become spiritually aware (“Pray”) and get a new perspective on romance (“Love”). The first third of the book is dedicated to her time in Rome and Naples and the delicacies she eats, from pizza and pasta to gelato. This book will whet your appetite and inspire you to indulge in tasty treats during your Italian holiday. 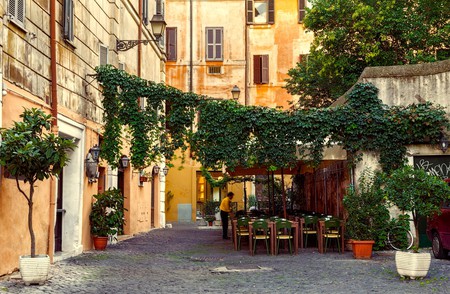 The vine-covered streets of Trastevere, one of Rome's most romantic neighbourhoods where the protagonist of 'Eat Pray Love' could have wondered | © Catarina Belova/Shutterstock

If you ever fantasise about escaping the rat-race in search of a slower pace of life and favourable climate, this book will probably inspire you to finally make the move. Extra Virgin recalls author Annie Hawes relocation from Sheperd’s Bush in rainy London to a remote village in the hills of the Ligurian coast between Genoa and the French border. The author first visited the village of San Pietro in the early 1980s with her sister, to work on a rose farm for the summer. Hawes and her sister soon find themselves renovating an abandoned cottage set within a beautiful olive grove with sea views. They revel in the wonders and bothers of conservative, rural Italian life and the weird and wonderful friendships borne from it. Hawes recounts the habits and customs of the village and its many vivid characters with so much affection and whit you will laugh out loud. From the old men who wear their vests rolled up above their nipples, to the crazy old-banger she drives wildly around the mountain’s hairpin bends and the many culinary delights she enjoys in between, Hawe paints a romantic, but not saccharine, picture of living the Mediterranean dream. It is a classic, light-hearted beach read.

Frances Mayes’ 1996 memoir, Under The Tuscan Sun, was a New York Times bestseller for over two years and was adapted into a film of the same name starring Diane Lane. Under The Tuscan Sun recounts the story of a recently divorced writer who travels to Italy to begin a new chapter in her life. She falls in love with an abandoned villa in the Tuscan countryside and decides to purchase the property and restore it, an adventure she relays with vivid imagery and poetic prose. The book is set in Cortona and Mayes excels at conveying the simplicity of daily life in Italy, from its food and traditions to human relationships and comic miscommunications. 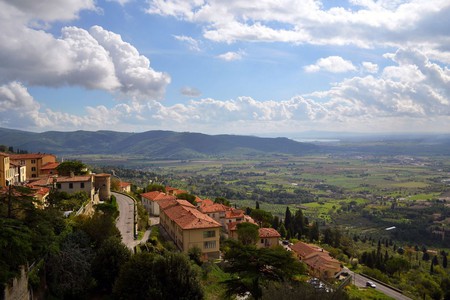 This light-hearted read by Italian journalist Beppe Severgnini provides a fascinating and enjoyable glimpse into the Italian psyche. The phrase “la bella figura” translates to “make a good impression” (especially in a physical sense) and is one of many central themes of Italian culture that is explored in the book, as Severgnini takes the reader from north to south through the country’s unique traditions. From frustrations such as traffic woes and bureaucracy to the importance of beauty, the beach, and your grandmother’s cooking, La Bella Figura highlights stereotypes and makes key observations about his fellow countrymen that are sure to prepare you for a visit to il bel paese. 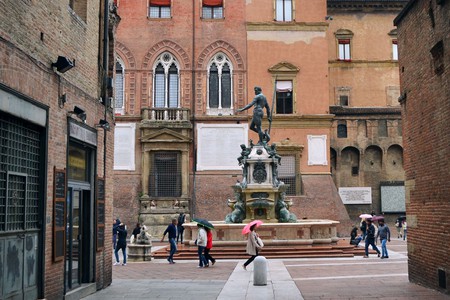 Bologna | © Livia Hengel
Give us feedback