10 Unusual Things To Do In Florence, Italy 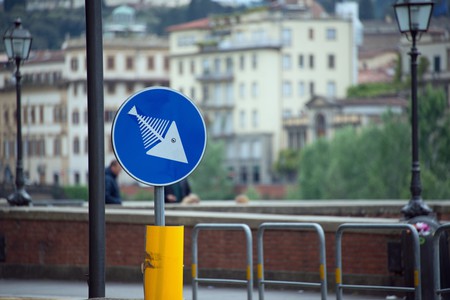 With its iconic Renaissance masterpieces and stunning architecture, Florence is rightly one of the most-visited cities in Italy. But to avoid the crowds, seek out some of the city’s hidden gems with our list. 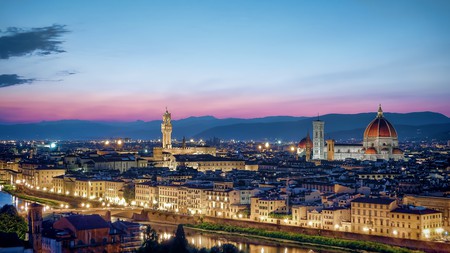 Inaugurated in 1775 by the Grand Duke Peter Leopold of Lorraine, La Specola was one of the earliest museums of science open to the general public. It originally housed all objects of the Medici-Lorraine’s extensive natural history collection. Today it contains not only a vast collection of taxidermied animals, including the hippopotamus that the Medicis apparently kept in the Boboli Gardens in the 1600s, but also the world’s largest collection of anatomical waxes. The models are both extraordinarily realistic and eerie in their depiction of otherwise romantically posed female figures (nicknamed ‘Venuses’). It is truly an unusual sight. 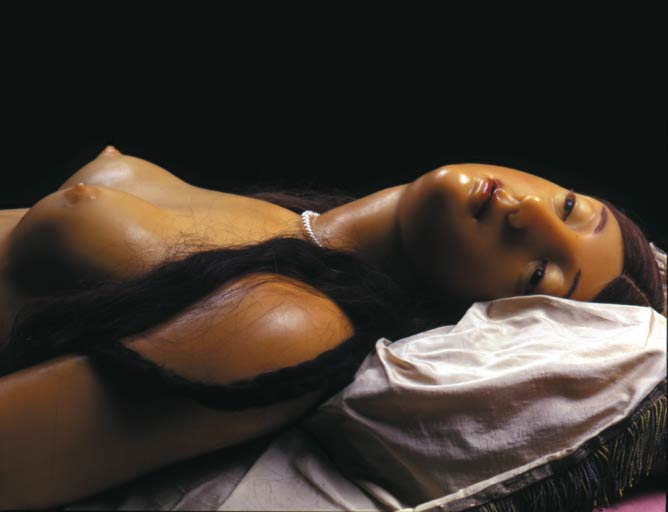 Built in 1565 by Giorgio Vasari as a private walkway for the Medicis to travel between the offices of the Palazzo Vecchio and their residence at Palazzo Pitti, the Vasari Corridor makes for an interesting Florentine experience. Entering through a hidden stairwell entrance from the Uffizi Museum, the nearly kilometer-long passageway contains a vast self-portrait collection. It begins with Renaissance artists including Vasari himself and continues all the way to artists of the 20th century. There is also a fascinating little collection of miniature portraits by Bronzino, the renowned-Medici court painter, as well as the Medici’s private view of the Santa Felicità church. Just make sure to plan ahead, since it only accessible by appointment.

Seek out the craft shops of the Oltrarno

If you take the Vasari Corridor, the end will let you out on the other side of the river Arno, in the Oltrarno neighborhood of Florence. This is a quieter part of the tourist-heavy city. Once you pass the fascinating Buontalenti Grotto (which originally housed Michelangelo’s Slaves now found at the Accademia) and the very particular Fountain of Bacchus (the god is depicted nude and obese astride a giant turtle), take a tour of the labyrinthine streets around Palazzo Pitti. Here you can find a wealth of tiny artisan shops, from shoemakers, goldsmiths, and leather bookbinders, to shops for ceramics and inlaid stones. If you are truly inspired, learn the craft of shoemaking as an apprentice at the Stefano Bemer shoe atelier.

Get a lampredotto sandwich

Once you have worked up an appetite from your explorations, it is time to eat like a true Florentine and seek out a traditional trippaio (tripe food stand), like the Oltrarno’s ‘l Trippaio di San Frediano. The lampredotto sandwich, named for its visual similarity to the lamprey eel once abundant in the Arno, is made from the fourth stomach of the cow. It is cooked in broth with herbs and tomatoes, sliced thin and placed on a broth-soaked bun with a choice of accompanying sauces. Only found in Florence, this unusual sandwich has been around for centuries. It was originally an inexpensive street food for working classes but is now enjoyed by the full spectrum of Florentines. 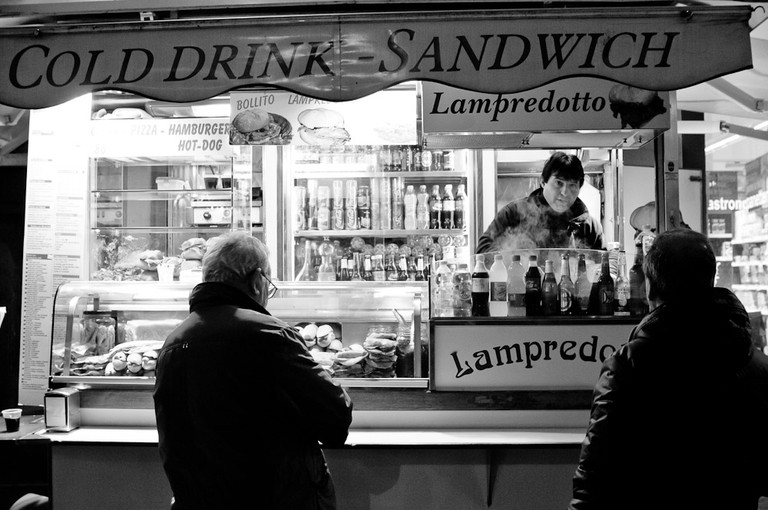 See one of the largest, most eclectic armor collections in Europe at the Stibbert

Nestled on a beautiful hillside of Florence, the Stibbert Museum is a museum well worth the trek up the hill. The creation of a prominent 19th-century English-Italian gentleman and obsessive collector, Frederick Stibbert, it takes the notion of a house museum to the next level. It is spread over two giant villas and contains some of the most extensive collections of historic European, Japanese and Islamic armor in the world. Theatrically staged amid an impressive display of Renaissance paintings and decorative arts, it is a sight that needs be seen to be believed.

The idea of graffiti in a Renaissance city whose historical center is recognized as a UNESCO World Heritage Site may seem troublesome. However, locally based French artist Clet Abraham, known as CLET, has found an ingenious way to inject a contemporary sense of irreverent whimsicality into Florence’s weighty artistic legacy. Using removable stickers, he transforms the ubiquitous city street signs into discrete works of art that have now become part of the local landscape. Make a visit to his studio in the San Niccolò neighborhood to talk with the artist or get one of the signs he has recuperated after the authorities have removed them. Or, check out the other work of the formally trained artist, which includes paintings and sculptures.

Seek out a secret garden space at the Giardino Bardini

Originally a medieval garden that was restored by art collector Stefano Bardini in the early 1900s (his extensive art collection is housed in a museum just across the street), Giardino Bardini is a delightful escape from the ubiquity of stone and indoor visits to all that Renaissance art. While the Boboli Gardens are certainly better known to those visiting the Tuscan capital, the gardens offers a more intimate, manicured alternative. It features tiny grottos, quiet nooks, blooming flowers in the spring, and views similar to those at the tour-bus-filled Piazzale Michelangelo. Between April and October, the historic Kaffeehaus at the summit of the garden is a perfect spot for an afternoon espresso or to write your own literary tales from under the Tuscan sun.

Enjoy aperitivo like the locals, and catch a live acoustic set

As evening falls, resist the temptation to dine at an early hour as is customary for tourists, and head to one of the many local bars for aperitivo. Starting at most places at 7pm, paying a slightly higher price for your spritz (aperol, white wine or prosecco, and soda) will get you a full spread of complimentary appetizers and other finger foods. On Via de’ Benci, Soul Kitchen offers different specialties depending on the night of the week (barbecue, vegetarian). At nearby Gallery Café Art Bar on Wednesdays and Fridays you can even catch some live music by local American musician Derek James and a rotating cast of friends. 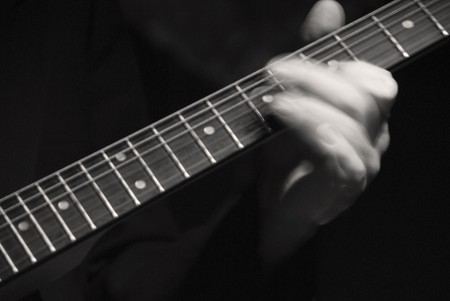 Enjoy dinner and a concert at the Teatro del Sale

A much-loved Florentine institution, Teatro del Sale is the hybrid creation of performer Maria Cassi and her husband, Fabio Picchi, chef-owner of the renowned Florence restaurant Cibrèo. Located in a former 14th-century convent, the members-only dining area/theater space hosts performances nightly. A flurry of delectable dishes are also offered up canteen-style, often announced by the chef himself from the open kitchen. It is a warm and authentic Italian experience, one where music as diverse as jazz, tango, rock, and classical can be heard. Just pick up your membership card at the entrance.

Get yelled at doing an Eby’s Shot

Finally, to be truly initiated into the nightlife rituals of Florence, you must head to Eby’s Bar, just a few minutes walk east of the Duomo. Eby himself – a man who incidentally bears an uncanny resemblance to Albert Einstein – will artfully prepare a plate with poppy-seed covered bananas, coffee, sugar and oranges in the shape of a face. Then it is time to obey, as he barks orders of the precise way in which to consume the edible components, finally slamming a shot on the table with a cry of ‘Vai! Vai! Vai!’ It all happens very quickly, before you are even sure what has transpired. But once you head out of the bar, this Florentine ritual will undoubtedly leave you smiling.