10 Things To Do In Lazio

Mountainous views and coastal shores make up the varied terrain of the region of Lazio. As for the urbanized part, Rome is the main hub where it is all happening as well as the capital of this fantastic region and of the country. But, apart from the metropolitan cities, you also find the remote and secluded villages like Pianiano and Civita di Bagnoregio. Naturally, the region is dotted with ruins from the Roman Empire with historical artifacts and attractions, and it is so rich in culture. Due to its strategic position by the sea, its cuisine is mainly based on seafood. Other typical foods include anchovies, artichokes, grapes, mushrooms, olives, pasta and cheeses. As for regional wine, a Malvasia di Candia or a Trebiano come highly recommended from this region. The climate of Lazio is quite stable with hot summer months and cool winter ones. 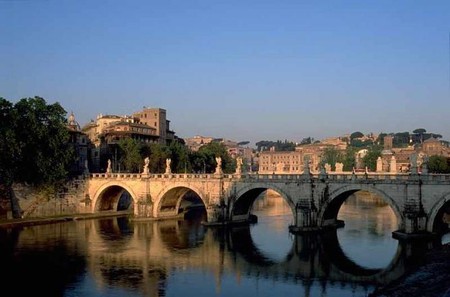 A Visit to Rome

An obvious start, but definitely not a waste of time, this magnificent city lies on the Tiber River and is home to centuries of history, art and culture. It shows off its splendors in its monuments, fountains, museums and architectural works. Some examples of these works include the Trevi Fountain, the Colosseum, the Arch of Constantine, the Roman Forum, the Pantheon, The Galleria Borghese, the Piazza del Popolo and the Spanish Steps. The Tivoli has two splendid villas that are UNESCO World Heritage Sites. When visiting Rome, you need to taste some of its regional cuisine like cod, zucchini, oxtail, gnocchi and pecorino cheese, maybe along with a glass of local Frascati wine. 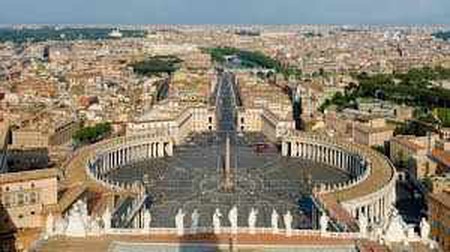 The Vatican City has several museums and the Sistine Chapel and these give you the opportunity to appreciate the artwork created by the ancient geniuses and their masterpieces. Within the area of the Vatican City, you find the Vatican Gardens, which cover more than half of the land. The gardens were built during the Renaissance and Baroque eras, and they are decorated with fountains and sculptures. The gardens are from the medieval times. The Vatican contains some of the world’s greatest artistic masterpieces. St Peter’s Basilica has had a series of famous architects like Bramante and Michelangelo and is a global phenomenon. The Sistine chapel is famous for its frescoes by artists like Perugino and Botticelli as well as the ceiling painting depicting the Last Judgment by Michelangelo. The Vatican Apostolic Library and the Vatican Museums’ archives are of historic, scientific and cultural importance. It is also a UNESCO World Heritage Site. 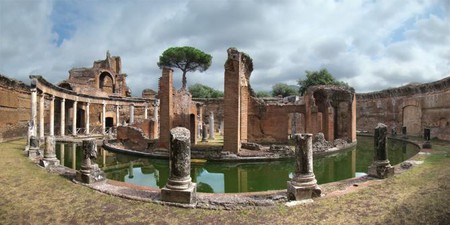 A visit to Hadrian’s Villa 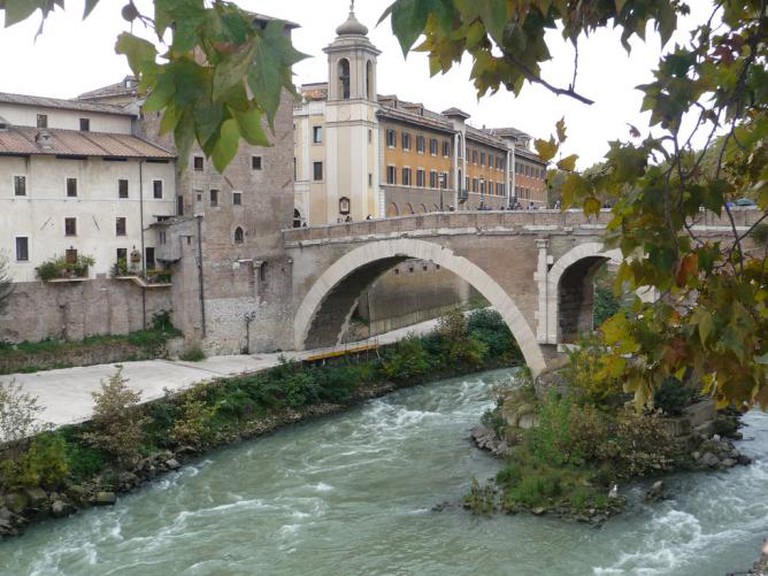 Tiber Island Bridge | Luca Sbardella/Flickr
Hadrian’s Villa is a huge Roman site filled with archaeological artifacts in Tivoli. Hadrian’s Villa consisted of more than 30 buildings, covering an area of at least one square kilometre, and until today, much of it has still not been excavated. The villa is the greatest Roman ruin of an Alexandrian garden. The area contains palaces, thermae, theatre, temples, libraries, staterooms, and quarters for servants. The architecture is mainly Greek and Egyptian. The most impressive and best preserved parts include a pool (canopus) and a grotto (serapeum). An interesting building in the villa is the Maritime Theatre. A few examples of artworks found there are Dicobulus, Crouching Venus and Dove Basin. The villa is also a UNESCO World Heritage Site. Address: Largo Marguerite Yourcenar, 1, 00010 Tivoli RM, Italy Opening hours: Jan, Nov, Dec: 9.00am-3.30pm, Feb: 9.00am-4.30pm, Mar, Oct: 9.00am-5.00pm, Apr, Sept: 9.00am-5.30pm and May-Aug: 9.00am-6.00pm
Open In Google Maps
1 Largo Marguerite Yourcenar, Tivoli, Lazio, 10, Italy
+390774530203
Visit Website
Give us feedback

A trip to Tiber Island

On this island, you can browse through shops, grab some street food or catch a movie playing on the outdoor movie screen during the summer film festival called Isola del Cinema. It is the only island on the Tiber River that passes through Rome. The island is shaped like a boat and is connected to the mainland by bridges. It is located in the southern bend of the river. Since it is home to an ancient temple and a hospital, the island is associated with medicine and healing. Shrines dedicated to other Roman gods like Jupiter, Gaia, and Bellona were constructed.

A wine country tour to Casale Cento Corvi should not be missed. It is located in the center of ancient Etruria. You can also find the ninth and first century B.C. Etruscan tombs at Banditaccia, which are a UNESCO World Heritage Site. The Etruscans were in fact Italy’s first winemakers and shared their skill with southern France. The winery is conveniently located and is known for being the only winery that produces the ancient grape variety Giacchè. Corvi claim it was a red variety used by the Etruscans, and this wine continually wins awards. Visitors can enjoy a tour of the facilities and vineyards and a wine tasting session of their own wine and after a visit to the antique Etruscan town called Cervetri, where the Museum of Archaeology is a must-see.

Visit a few of its galleries

Lazio is the place for art galleries. The Galleria Nazionale d’Arte Antica: Palazzo Barberini was created to celebrate the Barberini’s family rise to papal power. The palace was built in the Baroque period, and it’s impressive just for its external structure. As for the inside, it is just unimaginable. Several exclusive architects have their work featured there, including rivals Bernini and Borromini. Palazzo Colonna, a 17th-century gallery house only has one part open to the public. It is a private art collection owned by the Colonna family with works by Salvatore Rosa, Guido Reni, Geurcino and Annibale Carracci. The gallery has six rooms, covered in frescoes, all of which are dedicated to Marcantonio Colonna who was successful in defeating the Turks at the Battle of Lepanto in 1571.

Learn some history at a few museums

The Capitoline Museums date back to 1471 and are globally the oldest museums around the world. The classical sculpture collection is the most spectacular collection of its kind one can find in the whole country. Some of the more popular structures are the Capitoline Wolf depicting Romulus and Remus (the twin founders of Rome) under a wolf and the dying Gaul. In addition, masterpieces by Titian and Caravaggio are found there. The National Roman Museum called Palazzo Massimo alle Terme is one of Rome’s most fabulous museums and a treasure of classical antiquities. There is a section dedicated to sculptures and a separate section just for brightly colored frescoes. These paintings illustrate a variety of natural, mythological, daily and erotic genres, all according to the room they were placed in. The most significant frescoes are from 30 BC to 20 BC fromVilla Livia.

Take a walk through one of the Botanical Gardens

The Gardens of Ninfa were constructed on the remains of the Etruscan town of Ninfa. They are known to be the most romantic gardens in the world. Due to their restricted opening hours, plan ahead so you don’t miss this unique experience. The Peony Gardens inViterbo are home to a wide variety of 200,000 Chinese tree peonies with 600 different variations, many of which are extremely rare and are endemic to these gardens.

A trip to Palatino

The Palatine Hill is situated between the Roman forum and the Circo Massimo. The scenic hilltop is filled with trees, glorious ruins and fantastic views. Legend has it that it was there that Romulus founded the city of Rome after killing his twin Remus. Particular points of attraction are the stadium, the ruins of the Domus Flavia and the panorama from the Orti Farnesiani. Since it’s the most central of the seven Roman hills and the nearest to the Roman Forum, it was considered one of the more pristine neighborhoods. Palatino today contains several remains from the Emperor Domitian’s wide complex.

The Societa Abbligliamento Rappresentanze Tessuti (SART) is a man’s dream for style and fashion. Making use of only the finest Italian cloth, SART is tucked away near the great palace. With rolls of wool, linens and cotton on display, you can select cashmere winter tops to top off your outfit. Battistoni is a Roman clothing institution established in 1946 and boasts the most elite classic Italian tailoring of the finest cut, specifically fitted to suit your measurements and needs. As for the décor, that’s a whole other glamour to itself.