10 Masterpieces In Italy's Vatican City You Need To See

Vatican City is one of the two independent states that are present in Italy. Besides containing the official site of the Pope and the Catholic Church, the so-called Holy See, it also boasts some of the most jaw-droppingly beautiful buildings and artworks in the world. Here are some of the top choices while touring the grounds. 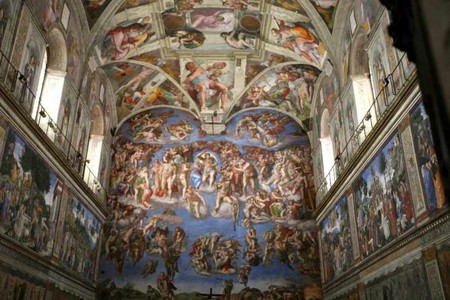 A portion of the Sistine Chapel | © Alex Proimos/Wikicommons

The Sistine Chapel is possibly one of the most awe-inspiring masterpieces in the world. With a wonderful, completely frescoed ceiling that is beautifully crafted, this part of the Vatican Museum is undoubtedly its most-visited. The combination of architecture and pictorial art creates a harmony that is hard to match, while Michelangelo’s incredible depiction of the nine central stories from the book of Genesis is surely one of humanity’s finest artistic achievements.

This beautiful painting is the culmination of Raphael’s artistic career and is displayed in the Pinacoteca Vaticana in Vatican City. It was commissioned by Cardinal Giulio di Giuliano de’ Medici and the renowned High Renaissance artist worked on it from 1516 to 1520, the year of his death. ‘Transfiguration’ illustrates one of Jesus’ miracles in the Bible: his transfiguration into radiant light on a mountain. In Raphael’s version, the lower part of the painting depicts another episode from the Gospel, while the masterful use of chiaroscuro imparts a solemn, tragic quality that’s masterful at every turn. 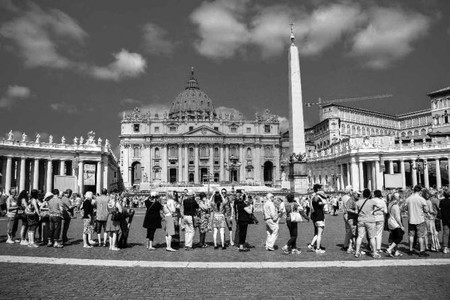 St Peter’s Square is usually regarded by tourists as the place where they have to wait in line in order to access the Basilica, but it is actually a piece of art in its own right. Designed and built by Bernini between 1656 and 1667, it is enclosed by two colonnades which create a circular space in the middle. This peculiar shape is unique and stands for the open arms of the Church, which are extended to both the Catholic and the non-Christian community as a gesture of warm-hearted acceptance: Definitely something to look at in detail when waiting to enter the Basilica!

Caravaggio’s ‘The Entombment of Christ’

Caravaggio is possibly one of the most appreciated painters in all of Italian art. His personality and technique never cease to impress experts and novices alike, especially his masterful use of chiaroscuro and the stark light he often used to suggest God’s presence in his works. In ‘The Entombment of Christ’ he manages to create a progression from life to death in the characters: from the top down to the bottom we see how life fades away in order to make room for Jesus’ death. It is one of the best and most tragic representations of this scene from the Bible, with a light that highlights the shadows around the characters whilst letting them come to the fore for the viewer to see them in detail. 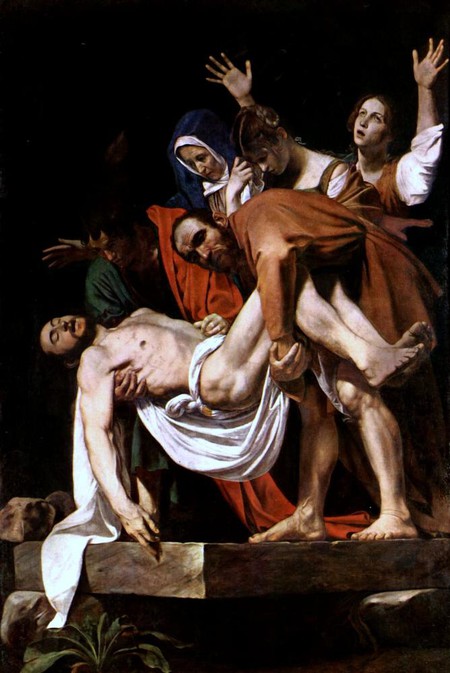 The Entombment of Christ | © The Yorck Project/Wikicommons

Raphael’s ‘The School of Athens’

This mesmerizing fresco of Raphael’s is located in the Room of the Segnatura in the Vatican Museums. Dating back to 1509, it depicts a series of renowned philosophers and, in general, well-known personalities of ancient Greece against the backdrop of a Renaissance building. At the centre of the scene are Plato and Aristotle, who are discernible not least because of their hands. While the former points upwards, suggesting that the world perceived through the senses is not reality but just a reflection of something above us, the latter supports the opposite view, namely that we have to stick to this world in order to find what is real. 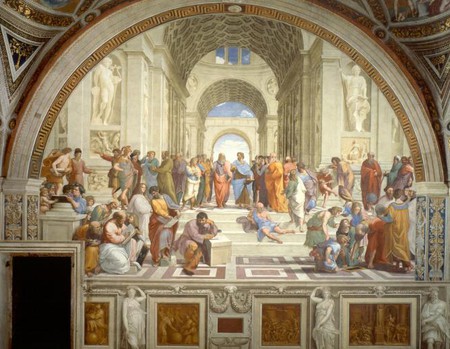 The School of Athens | ©Wikicommons/Public Domain

Leonardo’s ‘St Jerome in the Wilderness’

Leonardo da Vinci is another important painter and intellectual of the Italian Renaissance. ‘St Jerome in the Wilderness’, one of his unfinished paintings, portrays the saint in a particular trapezoid form while he kneels down in a desert region. At the bottom of the painting is a lion, an animal usually related to this saint, which is lying down and creating an interesting S-movement within the frame. Despite not being completed and having been reassembled only at a later stage, this painting is one of the finest examples of Renaissance art and is still capable of capturing the viewer’s attention without resorting to colour or elaboration.

This fragment of a statue may remain unnoticed during a visit to the Vatican Museums, but Renaissance artists such as Michelangelo were particularly fond of it. What inspired these 16th- and 17th-century artists most was the twisted, convoluted quality of the statue. Therefore, ‘Belvedere Torso’ illustrates how the ancient world shaped pre-modern art and sculpture in surprising ways, and it highlights the latter’s indebtedness to the former. The marble sculpture itself dates back to the 1st century BC and is thought to be a copy of a previous original. 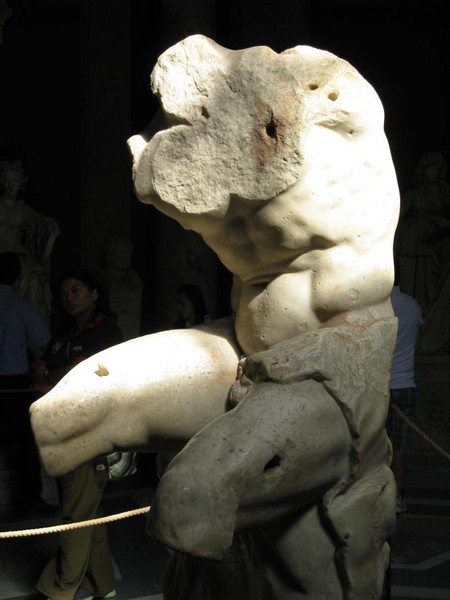 ‘Laocoön and His Sons’

This sculpture counts as one of the finest examples of ancient Greek art. It portrays Laocoön and his sons being killed by sea-serpents, which were sent by Athena and Poseidon in order to favour the defeat of Troy and the ensuing foundation of Rome. Probably dating back to around 30-40 BC, this group of figures is displayed in an open courtyard in the Vatican Museums and is definitely worth the detour from the usual route. 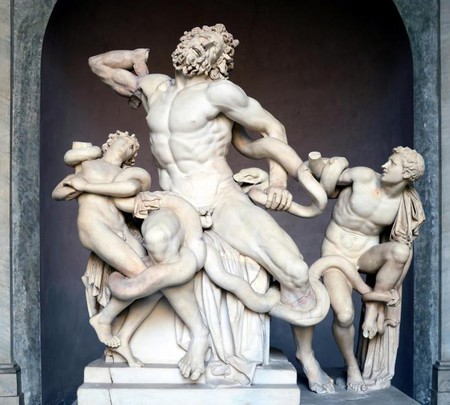 This wonderful basilica was assembled throughout several centuries and is the result of the efforts of several important figures in art and architecture. With its enormous size – it is one of the largest churches in the world – so much so that there are marks on the floor noting where some of the biggest buildings in the world finish in order to compare its impressive length of 187 meters with that of other sizable churches, such as St Paul’s Cathedral in London. Inside the building is a plethora of awe-inspiring pieces, such as Michelangelo’s ‘Pietà’ and the gilded bronze baldachin designed by Bernini and placed in the middle of the basilica, where the transept and the main nave intersect.

‘The Annunciation’ used to be part of a series of paintings by Raphael for the Oddi family chapel in Perugia, but is now displayed in the Vatican Pinacoteca. As the title suggests, it portrays the moment in which the angel Gabriel announces the Incarnation of Christ to the Virgin Mary. What is stunning about this artwork is the perspective and symmetry of the backdrop against which the two figures emerge, below the fatherly look of God in the sky. The pillars and the clever use of perspective make the scene three-dimensional in a truly Renaissance way. 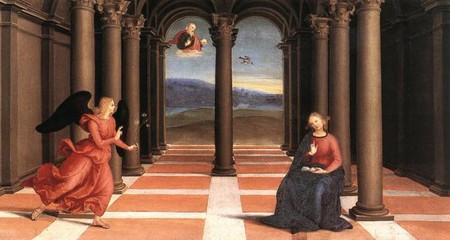