The Best Films and TV Shows to Watch Before Visiting Naples, Italy 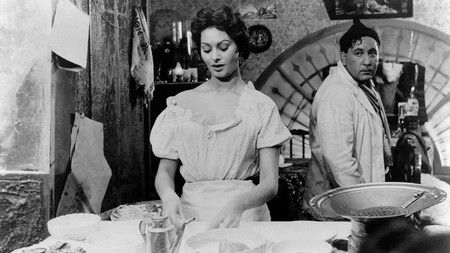 From ruling royal dynasties to malevolent Camorra clans, there are endless stories to be told in Naples. The city’s mouthwatering cuisine, fascinating history and compelling inhabitants haven’t just provided the backdrop to a number of documentaries, TV series and feature films; they’ve taken on a starring role too. Gain insight into Naples through the lens of these films and TV shows – the perfect way to prepare before you visit.

Interested in experiencing Naples for yourself? You can do so with Culture Trip on our exclusive 10-day Southern Italy adventure, which includes a guided food tour of Naples, as well as visiting the Amalfi Coast, Matera, and several fantastic destinations in Puglia.

In season seven, episode 11 of Anthony Bourdain: No Reservations, the potty-mouth American chef follows the Red Sauce Trail from Little Italy, in Manhattan, to Napoli, in Italy. Examining the differences between Italian-American and Neapolitan cuisine, the first stop is, of course, an authentic pizzeria in the birthplace of pizza. There’s more to Naples than just pizza, though, and Bourdain samples top-notch spaghetti alla puttanesca, deep-fried octopus and Sunday lunch cooked by an 80-year-old, cigarette-smoking mamma.

It Started in Naples

Full of 1960s kitsch, It Started in Naples (starring Clark Gable, Sophia Loren and Vittorio De Sica) tells the story of an American man who travels to Napoli to settle his dead brother’s estate. After discovering his brother had a son, romance predictably blossoms with the boy’s Italian aunt. Much of the film is set in nearby Capri but the opening scenes do a good job of depicting how rambunctious Naples can be.

Combining evocative historical footage with sweeping present-day scenes and a voiceover by Benedict Cumberbatch, Naples ’44 is an atmospheric documentary film based on the memoirs of British journalist and author Norman Lewis. Lewis was posted to Naples during World War II and chronicled the aftermath of fascism, heavy bombing and Nazi occupation on the city’s inhabitants. 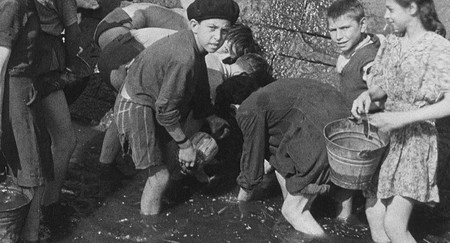 A still from the documentary Naples ’44 | © Everett Collection Inc / Alamy

Directed by Vittorio De Sica (whose other works include the influential Bicycle Thieves), L’Oro di Napoli is an anthology of stories set in Naples, where De Sica spent his first years. As well as Sophia Loren, the film also stars two of Naples’ most famous actors, Eduardo De Filippo and Totò. Born Antonio De Curtis in the Sanitá district, Totò became one of Italy’s most treasured comic actors.

While this film certainly goes heavy on the stereotypes, it’s also brimming with beautiful backdrops of the bel paese and it’s in Italy that Elizabeth Gilbert, played by Julia Roberts, discovers the true pleasure of nourishment. Neapolitan pizza really is as life-changing as the film portrays and, as the protagonist explains, it should be eaten and enjoyed without guilt – particularly if it’s from the renowned Pizzeria da Michele. 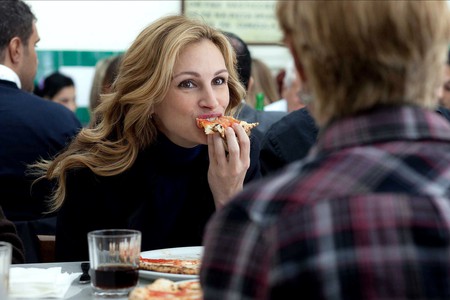 Watching all three series of Italy Unpacked feels like being on holiday with two easygoing and knowledgeable tour guides. Thanks to chef Georgio Locatelli and art historian Andrew Graham-Dixon, Italy’s rich tapestry of culture and cuisine is presented in an accessible and engaging way. In series two, episode three, the pair visit Naples and discover how Greek, Roman, French and Spanish empires have left their mark on the city, trying local specialties like sartù (a rice-stuffed timbale) and rum-soaked babà along the way.

Set in the suburbs of Naples, Gomorrah is a fictional TV adaptation of Roberto Saviano’s real-life book about the Camorra, Naples’ organised crime syndicate, dating back to the 17th-century. The series follows the ugly, violent world of the Savastano clan and explores how corruption touches all shades of society, from government officials to ordinary families. There are four seasons in total, which aired between 2014-2019, but don’t forget to check out the 2008 film of the same name (also based on Saviano’s book), which shattered the trope of the Mafioso wise guy. 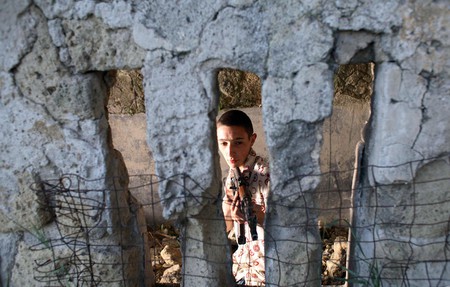 Passione is a 2010 documentary film directed by John Turturro, the instantly recognizable star of The Big Lebowski and O Brother, Where Art Thou? among others. Turturro guides the viewer through Naples’ rich musical heritage and introduces contemporary performers like Fiorenza Calogero and James Senese. His musical adventure also takes in historic Neapolitan artists such as operatic tenor Enrico Caruso, whose 25-year career included performances at the New York Met and the Royal Opera House in London.

Director Matteo Garrone dives into the world of reality television with his story of a man obsessed with starring in Big Brother – known as Grande Fratello in Italy. After his friends persuade him to audition, his obsession starts to pollute all aspects of his life and he becomes convinced he’s being watched by hidden cameras set up by show executives. This engrossing tale of a disturbed mind won the Grand Prix award at the 2012 Cannes Film Festival.

Due to a clerical error, schoolteacher Marco Sperelli is sent to work in a small town near Naples instead of a school in his native northern Italy. A fish out of water in Italy’s poor south, Sperelli struggles to connect with his students. A series of heartwarming and humorous events later, however, he receives a letter from a student with the phrase Io speriamo che me la cavo – roughly translating to ‘as for me, let’s hope I make it’ – suggesting he managed to make a difference after all. 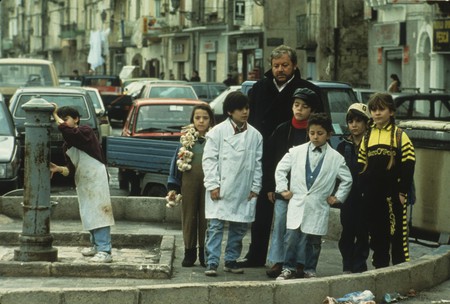