10 Fashion Designers From Rome You Should Know 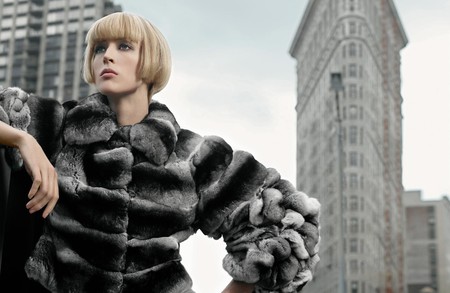 A model in Fendi furs | © fervent-adepte-de-la-mode/Flickr

The Italian obsession with looking good is nothing new (as far back as the Renaissance, noble Florentine families would splash the cash on made-to-measure clothing) with to fare la bella figura – a concept which emphasises the importance of making a good impression – engrained into the nation’s psyche. The country’s contribution to fashion is vast and its capital is no exception. Check out Rome’s brightest stars and emerging talents in the fashion industry.

Famous for her designs utilising fine materials such as silk and cashmere, Laura Biagiotti transported Italian fashion around the world. She was the first Italian designer to stage a fashion show in China and in 1995 she held a show at the Kremlin. As well clothing, Biagiotti is known for her line of fragrances named after Italian cities.

Born in Rome in 1890, Elsa Schiapparelli was a leading couturier of the 1920s and 30s. She was the first female fashion designer to feature on the cover of TIME Magazine and her innovative designs were worn by many Hollywood stars of the era including Marlene Dietrich, Greta Garbo and Katharine Hepburn. Schiapparelli also collaborated with contemporary artists, most notably with Salvador Dalì with whom she created the shoe hat and the lobster dress.

Born into a fashion dynasty, Silvia Venturini Fendi is the creative director of accessories and menswear at Fendi. Since creating the Baguette bag in 1997, often hailed as the first ‘it-bag’, she has also been responsible for the label’s popular Peekaboo bag and Bag Bug accessories; furry bag charms sported by the likes of Cara Delevingne and Gigi Hadid.

Stella Jean’s distinctive designs have been worn by stars like Rihanna and Beyoncé. As an Italian-Haitian designer she combines quality Italian craftsmanship with bright Haitian-heritage prints. In order to ensure profits directly benefit local communities, Jean works closely with small African producers in creating her collections. She has spoken at the Power of Empowered Women panel at the UN and also presented her creations at the World Trade Organisation.

Look up […], planets are moving at the speed of light | Stella Jean in Las Vegas #StellaJean #SpringSummer #bluetruck #speedofsound @coldplay

Marco de Vincenzo was born in Sicily but moved to Rome when he was 18 to study at the European Institute of Design. After graduating de Vincenzo got a job at Fendi, where he worked under the wing of Silvia Venturini Fendi. His own label, which debuted in Paris in 2009, displays similar hallmarks in its use of luxury materials, bold texture and colour.

An eminent figure in the fashion world in the 50s and 60s, Roberto Capucci was admired by Christian Dior, designed for Marilyn Monroe and even praised by the notoriously difficult French press. Taking inspiration from art and architecture, Capucci designed dresses using large quantities of fabric that were sculpted, ruffled and draped into extravagant shapes. His theatrical creations often included unusual elements such as pebbles, geometric shapes or plastics.

After working at Roberto Capucci, Fendi, and Emanuel Ungaro, Giambattista Valli launched his own brand of haute couture. Soft, delicate fabrics like tulle, silk and chiffon, embellished with jewels and intricate detailing, are the hallmarks of Valli’s signature style. His designs have been worn by a number of celebs including Sarah Jessica Parker, Natalie Portman and Diane Kruger.

A post shared by Giambattista Valli Official (@giambattistavalliparis) on Aug 25, 2017 at 4:23am PDT

In 2008, Alessandra Cappiello and her brand Morfosis was a finalist of the ‘Who’s on Next?’ competition organised by Vogue Italia. Today, her brand has six stores around the world and stars such as Madonna and Annie Liebovitz wear her designs. Cappiello uses an eclectic mix of high and low-end fabrics often tailored into classic silhouettes.

Costanza De Cecco and Giulia Giannini, founders of the jewellery brand Co.Ro., first met at high school in Rome. With a background in architecture the pair create jewellery that is characterised by clean lines and strong geometric shapes. Their home city has inspired numerous pieces in their collection, such as the Gasometro ring, a tribute to the cylindrical structure in the Ostiense district which once stored Rome’s glass supply.

Details like our Gasometer silver ring on a simple white shirt: it makes all the difference in the 🌎/ find it on www.corojewels.com! // . . . #corojewels #gasometer #ring #silver #jewels #jewelry #jeweldesign #jewelrycollection #fashion #details #minimal #architectureaporter

Another graduate of the European Institute of Design, Nadia Mari is a Rome-based fashion designer who cut her teeth working with the likes of Prada and Valentino, and then went on to launch her own line of clothing. Her collections heavily feature silk sourced from Como in northern Italy, known for its superior production of this precious material. Head to her boutique near Campo de’ Fiori to browse her fluid and flowing designs.