Why Galway 2020 Should Be on Your Irish Bucket List

Galway, the harbor city known as Croí Cultúrtha na hÉireann – Ireland’s Cultural Heart – is set to become the European Capital of Culture in 2020. Here’s why Galway should be top of your travel list that year if it isn’t already.

Since the 1985 launch of the EU’s European Capital of Culture (ECOC) initiative, more than fifty cities have been given the title and the opportunity to have a spotlight shone on their individual cultural history and collective European identity through a year-long program of events. In 2020, Galway will become the third Irish city to hold the designation, after Dublin in 1991 and Cork in 2005. It will share the honor with another oceanside city, the Croatian seaport of Rijeka. 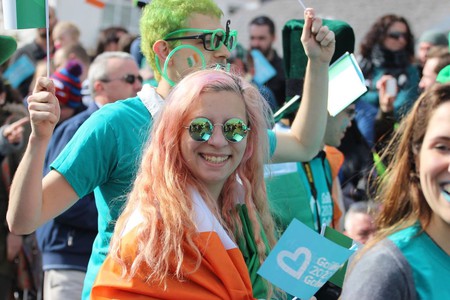 Galway beat off competing entries from Limerick and the “Three Sisters” region of Waterford, Wexford, and Kilkenny to become Ireland’s next ECOC with the proposed theme of “Making Waves.” Focusing on three major touchstones – migration, language, and landscape – the city’s hatchling program puts forward the overarching ambition of “achieving solidarity in diversity, and replacing apathy with cultural confidence.”

Galway really needed this win. Almost a decade of economic uncertainty and contract investments has had its impact on this culturally rich and physically beautiful area, and Galwegians want to remind themselves – as much as the rest of the world – what makes their home so special. 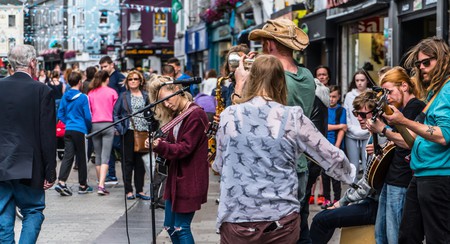 Key suggested projects include turning Galway – a UNESCO City of Film – into a literal city and county of film through a proliferation of film and visual art screenings in both rural and urban areas. Meanwhile, the annual Galway Film Fleadh will curate In the Thick of It, a cutting-edge program of virtual reality (VR) cinema, bringing audiences into the heart of the action like never before.

Indeed, VR will be a major component of the Galway 2020 calendar, as the city’s RealSim 3D simulations studio teams up with the MIT Media Lab and the Ars Electronica Center to pioneer “the world’s first virtually immersive multi-user environments across the globe.” The Cube Connected Cities project will connect identical 65-foot-cubed (20 meters) spaces in Galway, Tokyo, New York, and four other cities, allowing people across the world to connect virtually as if they were in the same space.

But all this talk of futuristic global interconnectivity doesn’t mean the past has been forgotten. Macnas, a Galway-based street performance company, are preparing a spectacular called Gilgamesh, based on the ancient epic credited as the first piece of literature. This ambitious performance will take over locations across Galway city and county and feature 500 participants. 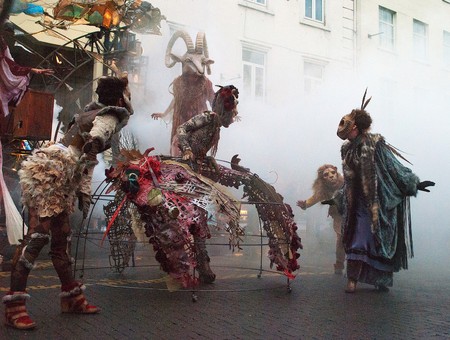 Elsewhere, Druid Theatre Company will stage a production based on Colm Tóibín’s novella The Testament of Mary, imagining Mary’s life after the death of Jesus, on the Aran Island of Inis Meáin. And a sheep-focused festival in June will highlight the strong historic relationship of many European communities to the animal so synonymous with Galway (the Galway sheep is frequently claimed as Ireland’s only native breed).

Worldwide present-day challenges will also be addressed through the course of Galway 2020, with the provocative (Un)Inhabitant initiative, which will project holograms of refugees and other marginalized populations throughout Galway and other European cities like Malmö and Glasgow. 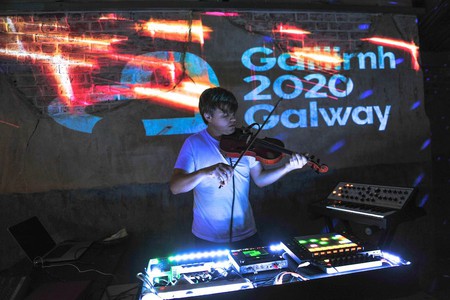 Global warming will be explored through artist Ríonach Ní Neill’s curation of Hope it Rains, a collection of projects by aimed at changing locals’ relationship to the ever-present west coast rain – for example, through rain-propelled musical kinetic drainpipes – while also maximizing the region’s huge clean energy potential.

And growing levels of mental health problems will be highlighted through Wires Crossed, an undertaking that will see Galway Community Circus and European partners train large groups of people in funambulism – a.k.a. tightrope walking – in order to partake in a major tightrope-walking festival in the city to raise awareness. 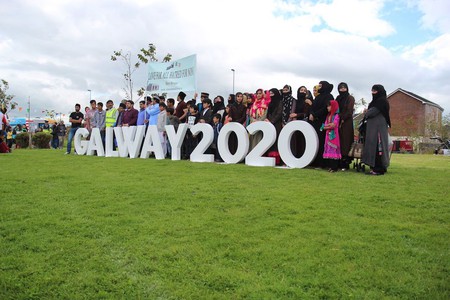 The above is merely the tip of the Galway 2020 iceberg, as this dynamic and culturally diverse city prepares to regenerate from within while reaching out to the wider European and international community. See the Galway 2020 website for more information.