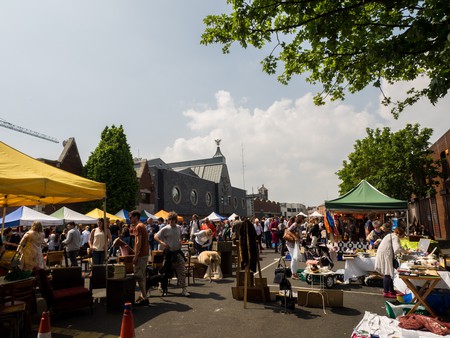 We all know about the Christmas shopping rush, fuelled by a need to express our love for others and a rampantly commercial gift-giving culture. America has Black Friday, a phenomenon that is slowly creeping into Irish culture (despite the lack of any sizeable celebration of Thanksgiving in the country). For all the late November sales and the discounts that fly into stores immediately after Christmas, it’s actually December the 8th that is truly among the busiest shopping days in Dublin.

There are a number of aspects of Irish culture tied into this phenomenon. First, the rural-urban divide. Although differences between city dwellers and their country brethren exist in many countries, the divide is quite strong in Ireland and particularly in Dublin. Throughout the country, capital residents are often dubbed ‘Jackeens’ or ‘West Brits’ in reference to their (supposedly) more British-leaning culture (as you might be aware, there’s quite a history to be explored between the two countries). In turn, residents of the capital rib those from the countryside and call them ‘culchies’ and ‘boggers,’ implying they’re unsophisticated. 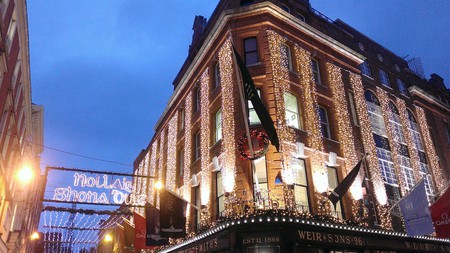 Unlike the capital where the weightiness of Ireland’s traditional Catholicism is slowly fading, rural Ireland is also noted for its heavy religious bent, and December the 8th connects loosely to that. Historically, December the 8th is the day Catholics celebrate the Feast of the Immaculate Conception, which took place nine months before the Nativity of the Virgin Mary on September 8th. Traditionally, it’s an important Catholic feast, and many schools in Ireland, particularly rural Ireland, close in recognition.

The result is a rush from rural Ireland to the capital to get a start on Christmas shopping, and Dubliners have long avoided shopping areas on ‘Culchie Shopping Day’, as it is dubbed. Although the school closures for the Feast of the Immaculate Conception are becoming less and less common, December 8th is still ingrained on the psyche as a day for holiday shopping. It’s a feast for Dublin store holders; an onrush of overcrowding for the capital’s already busy streets. A generation ago, Dublin was the be-all and end-all for Irish shopping, though that’s faded over the years with the growth of online shopping and expansion of larger stores and disposable income nationwide, but it hasn’t entirely stemmed the flow of those heading for the capital.

In the past, department stores might have offered free train fare if you were heading to shop there. Footfall throughout the capital massively increased, and shopkeepers would go all-out to make several weeks’ worth of sales in a single day. The event changed the entire social feel of the city. Today, this still exists to a lesser extent, but most of all, it’s the peak of an already busy pre-Christmas rush; a day of shopping to avoid. 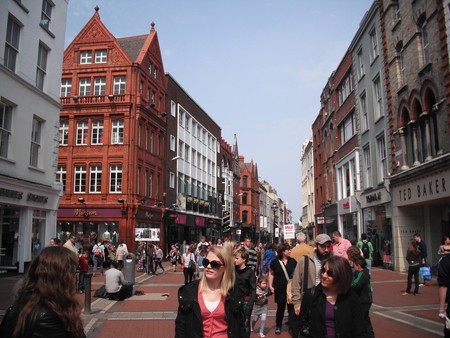 Grafton Street | © antonf/Flickr
Give us feedback