Where to Go in Ireland for Panoramic Views 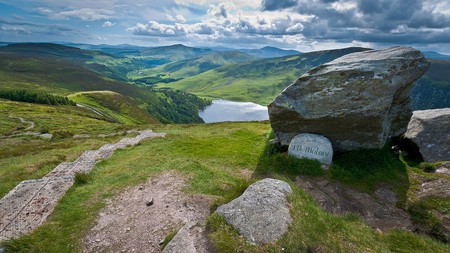 Ireland is renowned for being one of the world’s most beautiful destinations, with breathtaking views to be found from shore to shore. These are the best places to go and see them.

County Clare’s Cliffs of Moher more than deserve their status as one of Ireland’s most visited tourist attractions, but their Northern Irish counterparts shouldn’t be ignored. Donegal’s Slieve League mountain is home to sea cliffs that reach almost three times higher above the Atlantic than the Cliffs Moher – truly a once-in-a-lifetime sight. 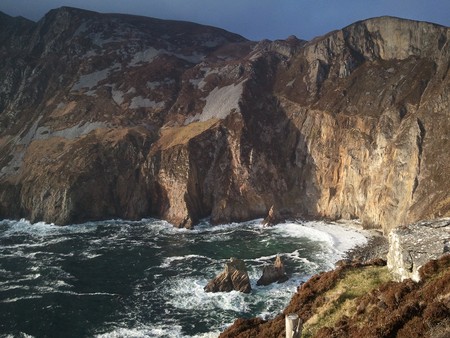 The cliffs are most often photographed from the staggering Bunglass viewpoint, reached from the nearby village of Teelin. The road to get there is worth seeing in and of itself, winding along the edge of the rock face overlooking the ocean. 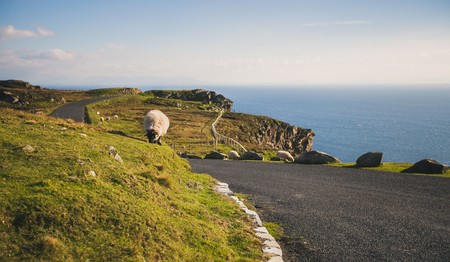 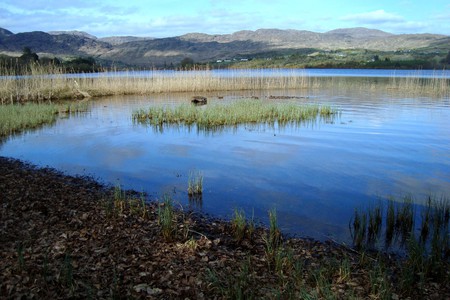 County Wicklow is home to Ireland’s largest continuous upland area, making it a perfect place to go for an unbroken view. At the top of Barnaslingan Hill, you can look across a geological feature known as The Scalp – a chasm in the mountain – and take in the Great Sugarloaf mountain in the distance (on the left in this image). 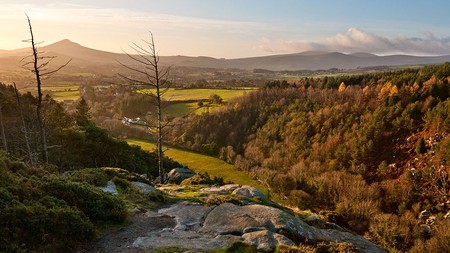 Brockagh Mountain’s summit provides an excellent vantage point to look down on the spectacular glacial valley of Glendalough, home to an Early Medieval monastic settlement. 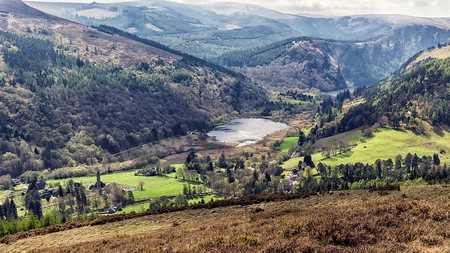 Beginning at Marlay Park in south Dublin and running for 131 kilometres (81 miles) across the entire Wicklow Mountains National Park, The Wicklow Way trail is one of the most picturesque walking routes in the entire country. Below is just one view of Lough Tay from the trail.

For possibly the best hotel views in all of Wicklow, head to the luxury Powerscourt Hotel in Enniskerry – its balconies have a post card-perfect aspect over the Great Sugarloaf. From here, you can explore the Powerscourt Estate & Gardens, as well as the surrounding deer park and Ireland’s highest waterfall. A fantastic perspective of the 121-metre (397-foot) waterfall can be taken in from Ride Rock in Wicklow’s Crone Woods, as in the photograph below, with Djouce mountain in the background. 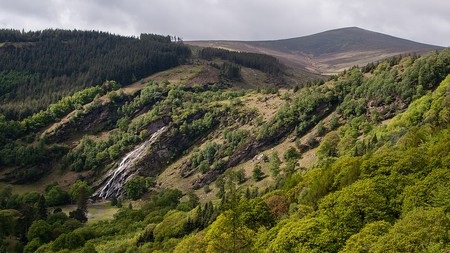 One of the jewels in the crown of the Wild Atlantic Way tourist route, Dingle’s circular Slea Head Drive – beginning and ending in the popular town – has many amazing viewpoints, such as this one looking over Coomeenoole Beach. 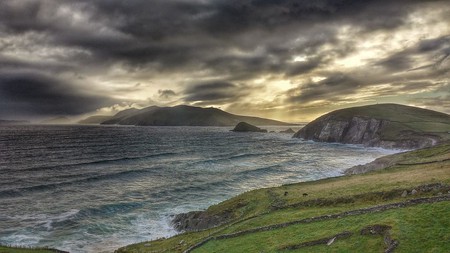 Also located along the Slea Head Drive, Dunquin village lies near the westernmost tip of the Dingle Peninsula. The winding path to its pier is a great spot to see the sunset, and its steep cliffs provide amazing vistas of the Blasket Islands off the coast. 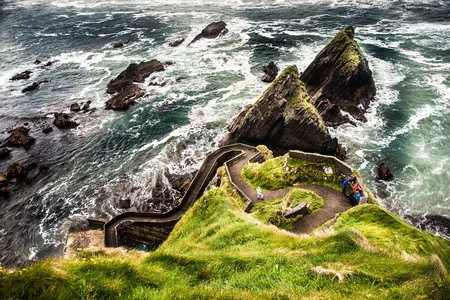 Over 200 kilometres (124.3 miles) in length, The Kerry Way is Ireland’s longest National Waymarked Trail, and its photographic potential is endless. It begins and ends in beautiful Killarney town, skirting the south side of Dingle Bay before circling the Iveragh Peninsula – the home of the world-famous Ring of Kerry route. 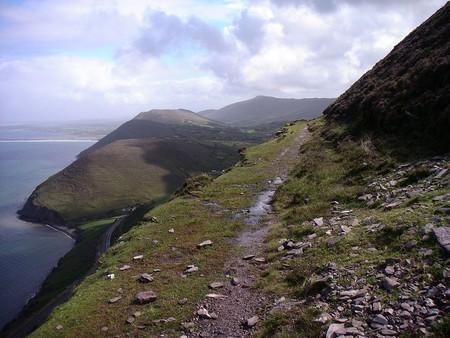 Afterwards, sleep off your long walk at the dreamy Europe Hotel and Resort, which looks out over the remarkable lakes of Killarney National Park. 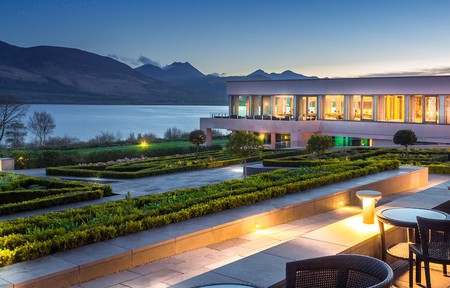 The prehistoric Dún Aonghasa hill fort offers an arresting view from where it stands at the precipice of a 100-metre (328-foot) cliff on Inis Mór, one of the three stony Aran Islands off County Galway. 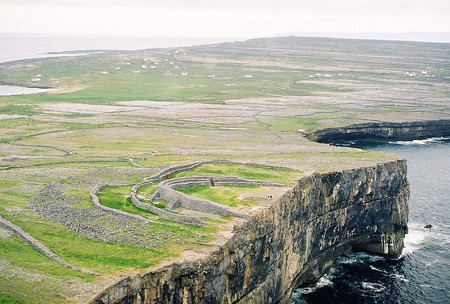 Inis Meáin, the middle of the three islands, has the smallest population. One of many benefits of staying at the acclaimed Inis Meáin Restaurant & Suites is that each of its five private suites has a panoramic view of the surrounding island and seascape. 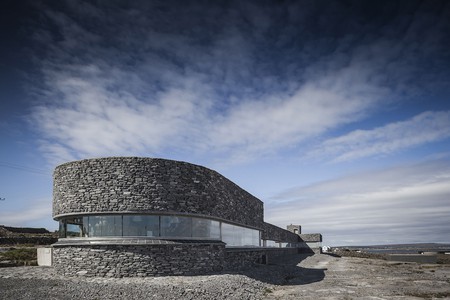