What You Need to Know About Irish Hip-Hop, Ireland’s Fast-Growing Music Trend 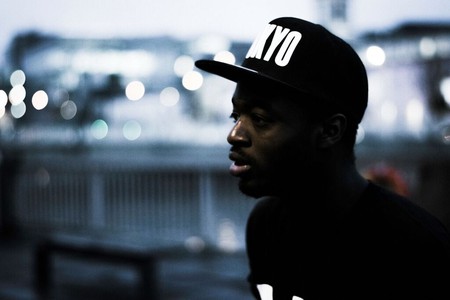 Ireland is not a place you’d typically associate with hip-hop. In fact, just five years ago, even fairly musically aware locals would have been hard-pressed to name a single hip-hop act heralding from Irish shores. The Emerald Isle has an outstanding rock and indie scene (with stars including U2, Thin Lizzy, Two Door Cinema Club, Ash, Rory Gallagher, and Villagers). Then there’s the nation’s love affair with ‘trad’, music that dates back centuries.

Hip-hop, though, has only come to prominence recently. That’s not to say it’s not a natural fit: poetry and the ‘gift of the gab’ are quintessential Irish traits, after all, and like many a capital, Dublin’s inner-city doesn’t lack for its own urban beats.

Love/Hate, a drug and gang-led drama about the rougher corners of Dublin’s inner city (generally an extremely safe place, incidentally), had a big role in the growth of the genre. While hip-hop simmered under the surface of Dublin’s music scene, with rap battles and smaller gigs flourishing, acts such as Lethal Dialect (now going by his given name, Paul Alwright) were getting mainstream attention as part of Ireland’s most popular homegrown TV drama in years. Comedy rappers Rubberbandits added momentum, too, with their lyrics debated extensively on national radio and the rappers stepping in to have their own say on the storm in a tea cup ‘scandal’ surrounding their lines on drugs. 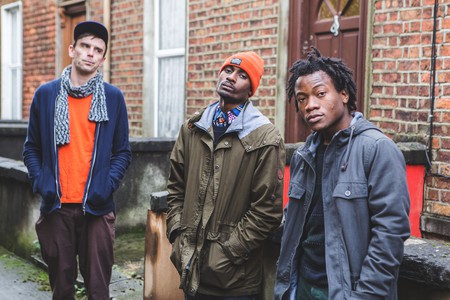 Some acts seemed to emerge from the shadows onto the stages of bigger venues, such as The Academy, almost immediately. Temper-Mental MissElayneous was one – a pop-rap starlet with poignant gut-punching urban poetry infused with great social commentary. Lethal Dialect found himself playing support slots for the Wu Tang Clan and won the approval of Dublin legend Damien Dempsey. Rejjie Snow released a record that briefly topped the iTunes hip-hop chart ahead of Kanye West, and Pitchfork ran a story on the impact of Ireland’s African immigrants on the scene.

Rusangano Family and Jafaris were the next to break through. The former – from rural County Clare, but with their roots firmly in Africa – riffed on immigration and poverty, while the latter drove down the live route, gaining a reputation as one of the best on-stage performers Ireland has produced in recent years. From mumbled beats in city youth centres to the stage, suddenly hip-hop had real credibility on the Emerald Isle, with the likes of Word Up Collective shining a light on its up-and-comers. The fast-paced, performance-loving collective feature fast-rising acts such as Super Silly, Katie Laffan, and Outsider YP.

The mainstream acceptance of Irish hip-hop reached a peak earlier this year, as Rusangano Family took home the 2016 Choice Music Prize (awarded in 2017), Ireland’s national award for the best album of the year. A room full of music journalists and radio DJs picked their debut album, Let the Dead Bury the Dead, from a shortlist that included internationally acclaimed artists such as Lisa Hannigan and James Vincent McMorrow, awarding the Clare artists the €10,000 grant that came with the title ‘Choice Album of the Year’. The album is a superb portrait of modern Ireland. 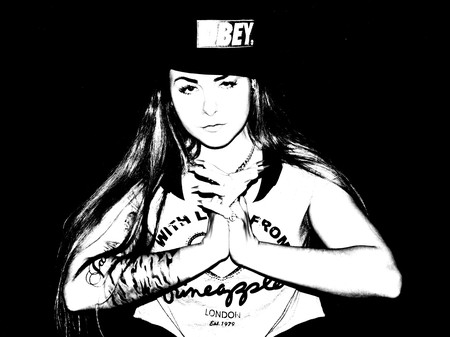 Where to catch up with the Irish hip-hop scene

Whelan’s, Dublin’s alternative music hub, has regular shows taking in pretty much all genres and is a great place to start for anything in Irish contemporary music. In fact, the capital is pretty much the centre of everything hip-hop related, especially when it comes to live performances, despite the regional routes of quite a few of the top acts. The top regional spot is Dolan’s in Limerick, a vibrant catch-all venue like Whelan’s but great for imaginative and varied showcases. The Academy regularly host bigger acts, while the best way to get in on the ground floor is to follow the Word Up Collective on Facebook, where they announce their regular performances.

The Sugar Club in Dublin is also one to keep an eye on, with its velvet, theatre-like set-up an unlikely but popular hip-hop haven. In line with the growth of the genre, there’s even a new hip-hop club night in a city that doesn’t do clubs (well). It’s called Triple H, hosted by Chicken ‘N’ Waffles.

Unconvinced? We’ll just leave you with the below, from Rusangano Family. A search through the links in this article will uncover lots, lots more.