What to Do on a Layover in Dublin 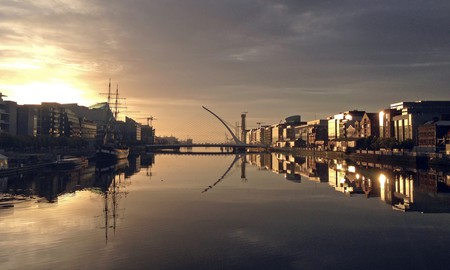 Dublin is good and bad when it comes to layovers. The city has just the one international airport, but it’s become central to European travel, especially when arriving from the US. It’s both one of the cheapest places in Europe to reach from the west and home to the hub of Ryanair, Europe’s foremost no-frills budget airline, making Ireland’s capital a sensible bargain-grabbing stopover.

There are downsides, though: the airport isn’t far from the city, but the public transport links are bordering on embarrassing. Your options are taxi or bus, and you should allow at least 45 minutes each way – more at peak hours – to hop onto and ride the latter into the city centre. For shorter layovers, it’s barely worth it.

Our timings below are based on the total amount of time you’ll be outside of the airport, and how best to spend it – a taste of Dublin and Ireland on a serious time budget, if you will. Dig in.

If you have three hours...

Archaeological site
Facebook
Email
Twitter
Pinterest
Copy link
Share
Map View
You’re right on the cusp of the city being worth a visit if you only have three hours to play with (if you’re feeling brave, skip to the below). What we’d suggest instead is a quick taxi-hop heading away from the city into North County Dublin, where there are lots of enticing options that don’t involve navigating the worst of the capital’s traffic. Malahide Castle is around 15 minutes each way from the terminals, and you’ll find a high-end 12th-century house still kitted out with all the age-old mod cons, accompanied by gardens too big to walk in, full, luxury shopping, gorgeous locally led cafés and even a pitch and putt golf course. If you’re feeling a little braver, Skerries is a bit of a longer hop, but it is home to rugged Irish beaches, seals, seafood, gorgeous old windmills, and a look at one of the traditional coastal Martello towers. The journey’s closer to 25 minutes each way.
Open In Google Maps
Dublin, Ireland
Give us feedback

If you have five hours...

Building
Facebook
Email
Twitter
Pinterest
Copy link
Share
Map View
Time to hit the city. At the risk of offending half of Dublin, most of what tourists come to see in the city is on the south side of the river – opposite of the airport. That means, circumstances depending, you’ll have three or four hours to explore the sites. The core shopping street, Grafton Street, is a beautiful spot often seen as something of an icon of the city, and a great place to start. Wander through Temple Bar (but head somewhere else for a pint if you’re having one – it’s VERY faux, clichéd Irish), and make your way west to indulge in a far more obvious yet more rewarding cliché. You’ll want at least 90 minutes to explore the Guinness Storehouse, which gives you a satisfying potted history of the city, as well as a bit of entertainment, with its mad advertising history and colourful explanations of the brewing process. It also has the added short-stop bonus of including probably the best view of Dublin from its bar: settle in for 20 minutes to stare at the cobbled streets and spires of a capital that refuses to grow upwards, meaning the streets maintain a surprising resemblance to the feel centuries ago. Check out the 9,000-year lease while you’re here.
Open In Google Maps
Dublin, Ireland
Give us feedback

Seven hours is enough time to speed-see Dublin culture, and dig into a few of the impressive museums. Stick to the bulk of the five-hour plan, above, because it gives you the core of what people come to Dublin to see. At the start, however, head west from Grafton Street, where you’ll come to Kildare Street, home to both the country-house-esque Irish Parliament (known as the Dail) and the Museum of Archaeology and History.

The former is well worth a glance, but the latter is what you’re here for – a trawl through Ireland’s more ancient history, complete with plenty of bizarre and memorable asides, housed in a sublime old warehouse-style building. You’ll find the leathery bodies of ancient people pulled from bogs, their hair still intact (the ‘bog bodies’). You’ll see millennia-old gold, ancient Catholic relics, how Vikings were buried, and a faux fairy fort, as well as a room dedicated to Ireland’s minor role in exploring ancient Egypt.

Drop in on the Celtic Whiskey Store, and check out the beautiful St Stephen’s Green Shopping Centre while you’re in the neighbourhood too. 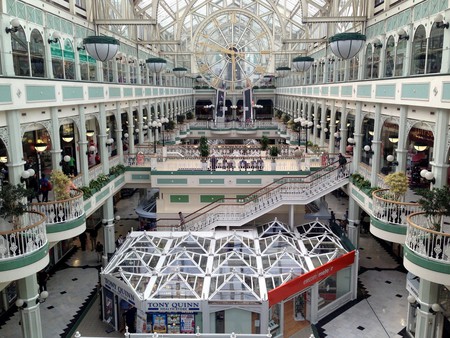 Dublin is a compact city, and 12 hours is enough to get a really good sense of the place, taking in plenty of the top sites. There are a few obvious ones we haven’t already covered: a glance at the pedestrian Ha’penny Bridge, for example, plus a stroll down the historic O’Connell Street, including one of the key sites in the Irish independence battle, the General Post Office (GPO).

There’s also Trinity College and the Book of Kells – not an absolute essential, as they don’t define the city, but certainly beautiful. The college is an oasis of calm in the heart of the city, and the library that houses the Book of Kells looks like it’s straight out of Harry Potter, with its key asset one of the oldest (expect to queue).

Another great element to add to your experience is the food and drink: drop into Gallagher’s Boxty House to get a taste of real Irish cuisine, or if you’re around in the evening, stop off at O’Donoghue’s to get involved in the kind of trad that the locals really listen to. Polish it all off with a step back in time, inside the doors of the little-altered 12th-century St Patrick’s Cathedral. 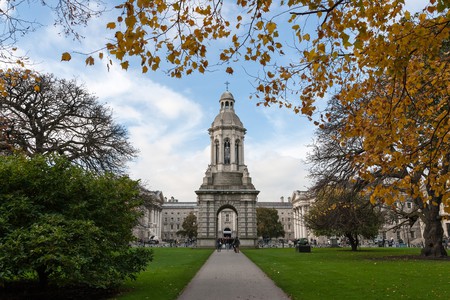 The Campanile of Trinity College | © Nico Kaiser / Flickr
Give us feedback