What Are the Seven Wonders of Ireland's Fore Valley? 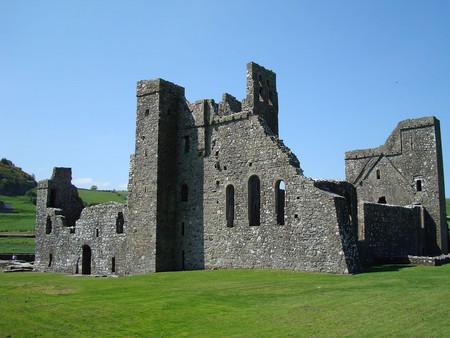 Ireland has a long tradition of pilgrimage spots and local devotion to religious causes, and those of the picturesque Fore Valley are as varied and surreal as anywhere. These ancient sights are more than pretty enough to be worth a visit in their own right, but local legend attributes all kinds of wonders (believable and less so) to their history, ranging from the easily explainable to the somewhat unlikely.

If nothing else, the stories certainly add to the experience of exploring the gorgeous valley with the mythology ringing in your ears. The wonders are a bit of a stretch for most, but others see this as a truly miraculous valley. We’ll let you be the judge…

The Monastery Built Upon the Bog

A 13th-century Benedictine monastery built at the base of the valley is very much its core attraction, and sits amid the boggy land produced by water that flows from nearby Lough Lene. Despite being labeled a wonder, construction on a bog isn’t a particularly unusual thing in Ireland – there are plenty of examples of buildings built in similarly unstable locations around the country – but this structure and the one it replaced still standing on the valley slopes are nevertheless beautifully situated and preserved, and well worth a stroll around. 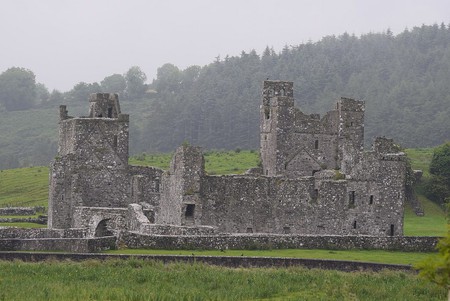 The Mill Without a Race

This is sometimes also called ‘The Mill Without A Stream’, and refers to a now silted-up mill pond, which originally powered a mill directly from an underground spring, creating an odd illusion of the mill being powered without any river or stream to do so. The legend around this spot says that Saint Fechin killed a builder who mocked the idea of building a mill on the site due to the lack of water, after demonstrating spectacularly why he should. Don’t worry, though – he brought him back to life, too.

The Water that Flows Uphill

Referring to the same spot as above (yes, the ‘seven’ in the title is somewhat cheeky), this one is about the water appearing from the spring to power the mill. We agree, that’s one mill and two miracles, both involving how it’s powered. To be fair, it’s interesting now, so doubtless breathtaking at the time.

The Tree that Won’t Burn

At Tobernacogany Well, pilgrims would visit annually in January and twice in June. Having shown their devotion, it is said that they forced a coin into the wood of an ash tree next to the well, as a further sign of religious devotion. Legend has it that this tree will not burn as a result. Do us a favour and don’t test this one – it won’t go down well! 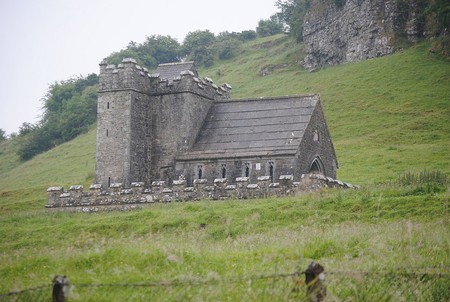 The Water that Doesn’t Boil

Another reference to the 19th-century pilgrimage well at Tobernacogany, where the water is said to cure headaches and toothaches. It’s also said not to boil. The well is dry, so while it might have once been more socially acceptable to test the boundaries of this particular wonder than some of the others, now, well…you can’t. The nearby rag tree is fascinating, though, and shows that devotion among some of the visitors is still very real.

The Anchorite in a Stone

Patrick Beglan was last ‘anchorite’ of Fore, a devoted religious recluse somewhat analogous to a modern day devotional hermit, and died in 1616. His cell is attached to a 15th-century tower in the valley, an impressive monolith in itself. The tower contains a stone recording the death of Beglan, who, as well as being the last local anchorite, might have been the last in all of Ireland. It’s a fascinating bit of history to explore.

An enormous stone lintel over the door of St Féichín is said to have been raised by the miraculous prayers of St Féichín himself, after the workmen building the site had been struggling to put it into place. A lintel is a large support over a door or window, designed to be weight-bearing, and it is true that the stone located over the door here is extremely sizeable, given its construction in 1885, pre-dating the use of mechanical machinery. And it is in place above the door. Make of that what you will!